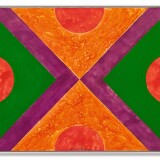 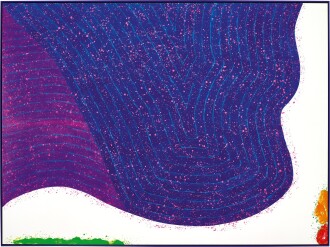 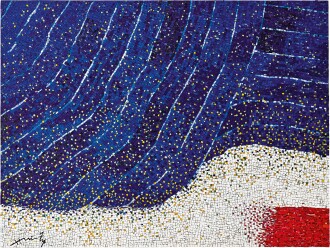 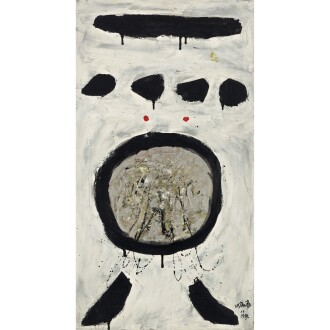 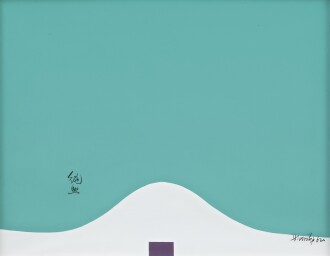 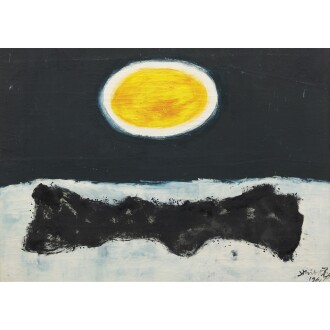 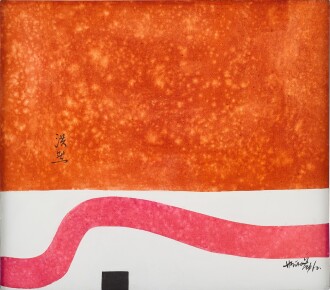 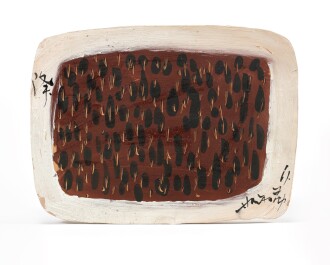 The Chinese title of Hsiao Chin’s recent career retrospective in Shanghai – Dàtóng – roughly translates to The Great Unity, and is defined in the Confucian classics as a society where “there were no thieves and therefore the outer doors were not closed.” It is a fitting term for an artist who has consistently sought to open portals between long-secluded creative realms. His richly meditative abstractions evince a supple synthesis of traditional Chinese and modernist European techniques, and have won him great acclaim among critics and collectors in the East and West.

Born in Shanghai on January 30, 1935, Hsiao Chin (蕭勤) left the Chinese mainland for Taiwan in the late 1940s. He began studying art in 1952, and in 1956 co-founded the Ton Fan Group, or the “Eight Great Outlaws,” a society of painters in Taipei who had broken out of the strictures of socialist realism and found inspiration in contemporary, Western modes of formal experimentation and personal expression. For most of his subsequent career, Hsiao moved between various European and American cities; he currently lives and works between Taiwan and Milan, Italy. In recent years, he has held major solo exhibitions at the National Taiwan Museum of Fine Arts in Taichung, the Triennale Bovisa in Milan, and the Royal Academy of Fine Arts in Brussels. In 2018, the China Art Museum in Shanghai announced the establishment of the Hsiao Chin Art Research Centre.

His work can also be seen in the collections of the Kaohsiung Museum of Fine Arts, Taiwan, the Museum of Modern Art, New York, and the National Library of Wales, Aberystwyth. Auction offerings of note include La Forza Della Meditazione (1964), which sold at Sotheby’s in 2018 for US$963,000 against a high estimate of US$153,000.