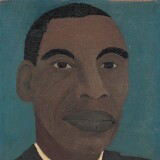 Works by Horace Pippin at Sotheby's 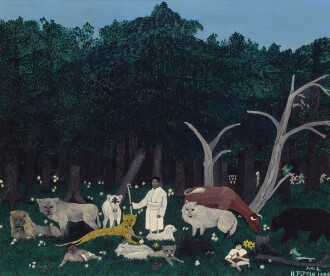 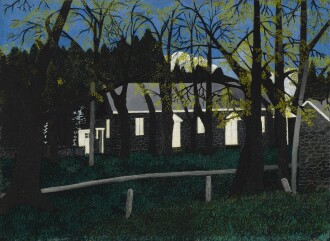 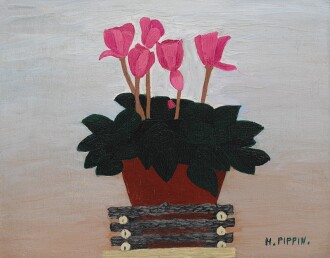 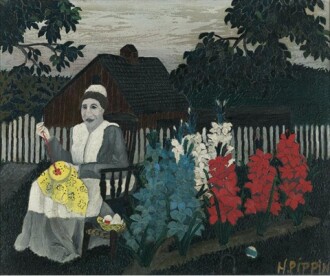 Having fought with the famous Harlem Hellfighters during World War I, Horace Pippin left the army with a wounded right arm, and took up art as a method of physical and spiritual rehabilitation. His self-taught work over the next three decades comprises a distinctive chronicle of the African American experience, with subject matter ranging from biblical scenes to quotidian interiors to the harrowing specters of warfare and slavery.

Pippin was born on February 22, 1888, in West Chester, Pennsylvania, and moved to Goshen, New York, at the age of three. There, he attended segregated schools until the age of 15, when he went to work to support his ailing mother; he was variously employed as a porter, peddler and iron molder before enlisting in the army in 1917. After discharge, he continued to work odd jobs while experimenting with different art techniques as his injuries allowed. His first substantial oil painting was completed in 1930, and by the end of the decade his work had captured the attention of numerous prominent contemporaries, including artist N. C. Wyeth, collector Albert C. Barnes and dealer Robert Carlen. In the years before his death on July 6, 1946, he had exhibited at the Museum of Modern Art and the Whitney Museum of American Art, both in New York, and the Tate Gallery in London.

Today, Pippin’s oeuvre of approximately 140 works is well represented in these institutions as well as several in his native state: the Pennsylvania Academy of the Fine Arts, Philadelphia Museum of Art, and the Brandywine River Museum. At the Sotheby’s American Art sale in November 2018, Pippin’s 1944 canvas Holy Mountain I set a record when it achieved $3.25 million against a high estimate of $1.5 million.

Museums with Works by Horace Pippin 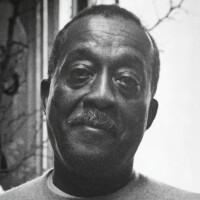 Type: artist
Category: Artist
Norman Lewis
View Profile
Please note that prior performance of the indexes and realized returns contained herein does not guarantee future results. In addition, there is no guarantee that random collections of individual works of art or stocks will yield index returns. We are not financial advisors and we are not in the business of recommending art as an investment. We also have no comparative advantage in forecasting the future direction of the art market. Investment decisions should be based on the risk return tolerance and time horizon of the investor with, if desired, the support of a licensed financial advisor. This information is provided "as is" and with no representations or warranties either express or implied of accuracy, merchantability, fitness for a particular purpose or of any other nature are made with respect to this information or to any expressed views presented in this information.