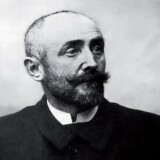 Works by Henry Moret at Sotheby's 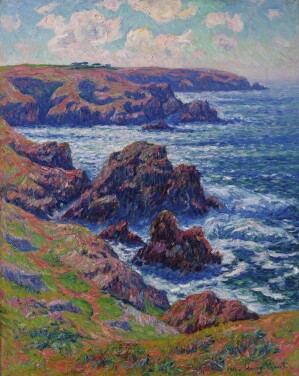 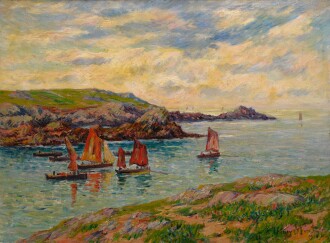 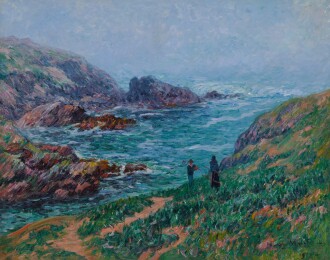 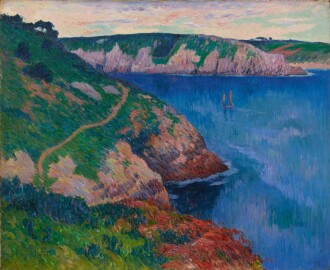 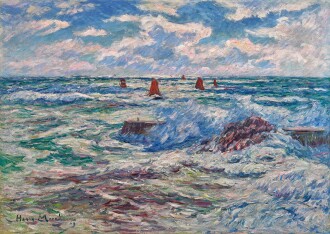 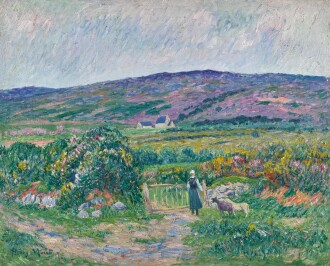 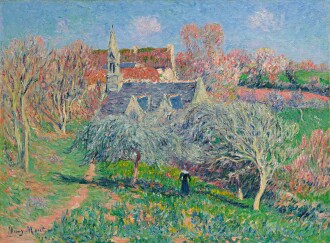 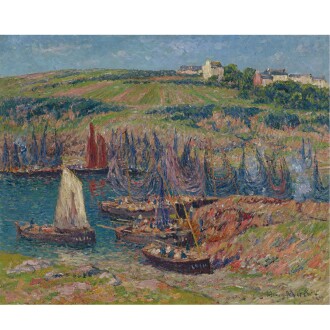 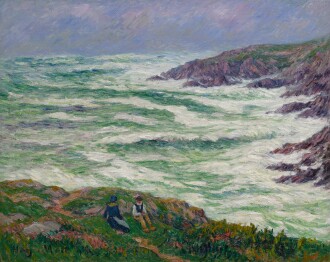 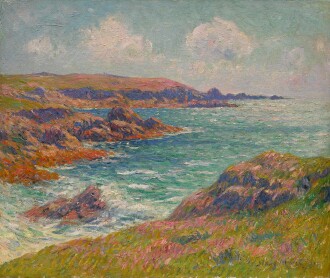 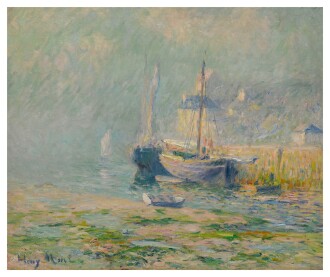 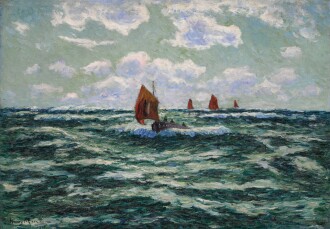 A member of the Pont-Aven school where Paul Gauguin played a prominent role, Henry Moret was a French Impressionist painter best-known for his colorful landscapes of the Brittany coast.

Moret was born in 1856 in the town of Cherbourg, a strategically important port located on the Normandy coast. Moret’s father was a garrison officer, and Henry followed his father’s path with a brief period of military service, beginning in 1875, before becoming a professional artist. Moret’s artistic training took place at the École des Beaux-Arts, under the guidance of academic painters Jean-Léon Gérôme and Jean-Paul Laurens. This traditional academic pedigree is almost untraceable in Moret’s later oeuvre, as he fully embraced Impressionist and Synthetic techniques in a masterful reconciliation of two competing artistic orthodoxies to develop a unique artistic vocabulary of his own.

In 1880, Moret exhibited a painting, entitled La plage de Locqueltas à marée basse; côte de Bretagne, at his first Paris Salon. During this period, Moret spent time in both Paris and Brittany; he was stationed in Brittany during his military service, and remained captivated by its natural beauty and rugged landscape. The landscape also attracted other Impressionists and Post-Impressionists, including Claude Monet, Paul Gauguin and Émile Bernard. In 1886, Gauguin and Bernard joined the existing artists’ colony in Pont-Aven, and began work to develop a Synthetic style of painting characterized by flattened perspectives, planes of color and pastoral subject matter. By 1888, Moret had become well-acquainted with these new arrivals working at Pont-Aven and was heavily influenced by their experimental Post-Impressionist sensibilities. Around the turn of the century however, Moret began to shift away from Synthetism and reverted to more Impressionistic techniques to bring the wild beauty of Brittany to life.

In 1895, Moret signed a contract with Durand-Ruel, who organized two exhibitions of his paintings in New York in 1900 and 1902. Moret continued to live and work in Brittany for the remainder of his life, even as Gauguin and other Pont-Aven artists sailed away for other adventures. Moret died on 5 May 1913 in Paris, at age 56.

Moret’s works can be found in the collections of the National Gallery of Art, Washington D.C., the Musée d'Orsay in Paris and the State Hermitage Museum in St. Petersburg, among other institutions.