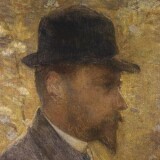 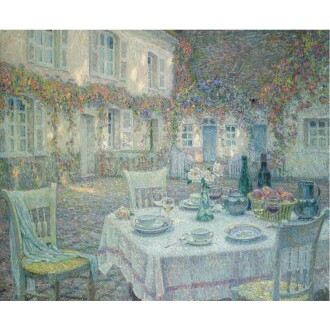 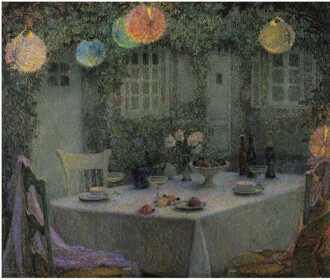 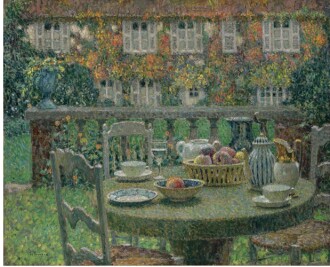 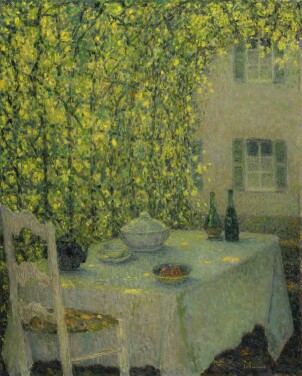 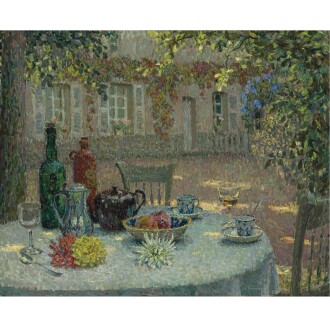 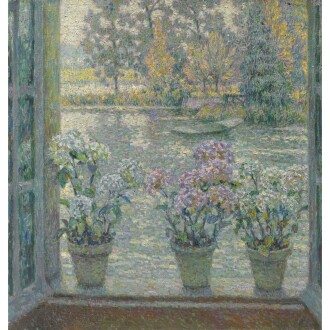 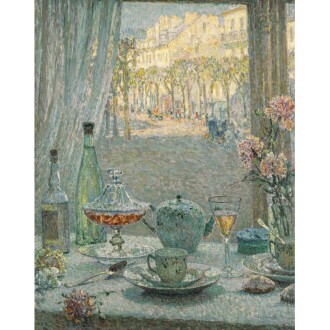 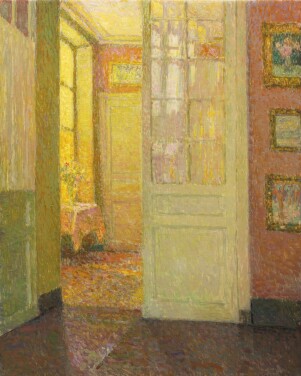 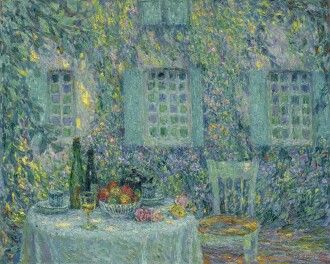 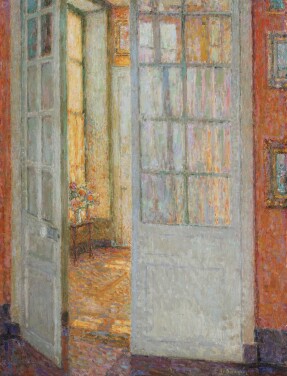 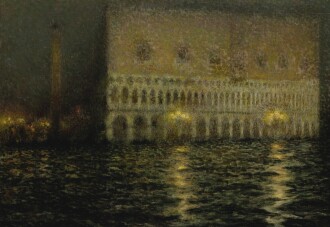 Le Sidaner was born in 1862 in Port Louis, Mauritius, and in 1872 his family settled in Dunkirk, France. He studied at the École des Beaux-Arts under Alexandre Cabanel, but found himself disenchanted with the academic milieu. Seeking fresh perspective, Le Sidaner relocated to the Étaples artist colony in 1885, where he discovered Impressionism. Inspired by the en plein air landscapes of Claude Monet, Le Sidaner spent the next nine years studying the coastal landscapes and towns of the Côte d’Opale. During this period, he began exhibiting at the Salon des Artistes Française, and later at the Société National des Beaux-Arts. In 1896, Le Sidaner evolved toward Symbolist themes; many of his paintings from this period feature mysterious, white-clad women gathered in dimly lit gardens. By the turn of the century, however, Le Sidaner had largely eschewed the human figure. His mature work focused instead on the private, provincial landscapes of Beauvais, Chartes and his own home in Gerberoy.

In 1930, Le Sidaner was honored with a Professorship at the Académie des Beaux-Arts, and in 1937 he was named its President. He died in 1939 in Versailles, France, at the age of 76. Today, his work resides in numerous public collections, including the Art Institute of Chicago, the National Gallery of Art, Washington, DC, the Musée d’Orsay, Paris, and the Tate Gallery, London. 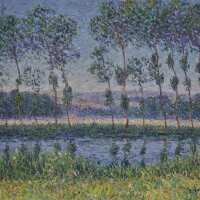 Type: artist
Category: Artist
Henri Charles Manguin
View Profile
Please note that prior performance of the indexes and realized returns contained herein does not guarantee future results. In addition, there is no guarantee that random collections of individual works of art or stocks will yield index returns. We are not financial advisors and we are not in the business of recommending art as an investment. We also have no comparative advantage in forecasting the future direction of the art market. Investment decisions should be based on the risk return tolerance and time horizon of the investor with, if desired, the support of a licensed financial advisor. This information is provided "as is" and with no representations or warranties either express or implied of accuracy, merchantability, fitness for a particular purpose or of any other nature are made with respect to this information or to any expressed views presented in this information.