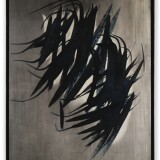 Known as a painter of the “Ecole de Paris” and a member of the “lyrical abstraction”, Hans Hartung is not simply a post war-painter. In fact, his career began before World War II. The artist was born in 1904 in Germany and was already attracted to abstract expressionism as a child. At 18 he already had his own vibrant pictorial language, as is visible in a series of 60 expressive watercolors.

Then, he did a second series of abstract compositions in charcoal and black chalk. The two series are abstract and informal. For him, in his memoirs: “My ink drawings during my school years and these two series had a decisive influence on my whole life has an artist”.

His practice is simultaneously instinctive and controlled for a deeply abstract result. For Werner Haftmann, in Hartung’s paintings, is it possible to see: “All of the human responsibility implied in the experience of modern life is made clearly apparent in this vibrant writing of excitement and energy, but controlled with seriousness and solemnity” (Werner Haftmann, “Malerei nach 1945”, II. Documenta ’59. Kunst nach 1945. Internationale Ausstellung, vol. 1: Malerei, M. Dumont Schauberg, 1959, p. 17)

In Dresden at the International Exhibition of Art in 1926, Hans Hartung discovered French art and this event was decisive for him. He was admiring one of Matisse’s paintings with its vibrant colors and pure lines and became interested in French artistic movements such as impressionism, fauvism and cubism.

He studied Art in Leipzig, Dresden and Munich. In May 1931, he was exhibited for the first time in Dresden at the Gallery Heinrich Kühl with some figurative paintings of landscapes and alongside abstract paintings. The following year, Hans Hartung was exhibited at the Galerie Jeanne Bucher.

He left his country in 1935 when Hitler decided that his art was “degenerate”. Consequently, Hans Hartung arrived in Paris and lived rue Daguerre. At that time, he met some important artists such as Mondrian, Miró, Hélion, Goetz and Calder. At the end of the 30’s, the sculptor Julio González became his friend and Hartung created one abstract sculpture. During World War II, he joined the French Foreign Legion. He was wounded during the war and one of his legs was amputated.

Throughout his career, he used mixed media in his production, using oil, acrylic or pastels on paper or on canvas. His work is recognized by the multiplicity of lines. The precision and the rationality are visible in the way of working, given that he frequently did a spontaneous preparatory version – transfer technique - before the creation of the larger and definitive version during the 30’s from the 50’s.

In 1952, Hans Hartung had his first retrospective in Basel at the Kunsthalle. The same year, his work T1948-15 was acquired by the Museum of Modern Art in New York.

After many years in Paris, he decided to live in Antibes with his spouse the painter Anna-Eva Bergman. His first solo exhibition in France was in Antibes at the Grimaldi Castle.

At the beginning of the 60’s, Hans Hartung developed his technique with the use of vinyl paint used in the automobile industry. His work became more fluid. At the end of his career, he used a paint-gun to spray and create patterns. The seven decades of his career expressed a constant innovation in the media employed with its own formal artistic language. 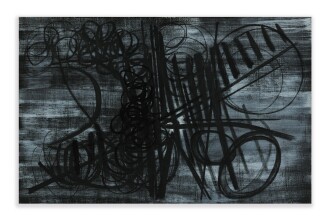 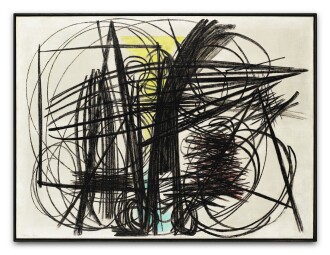 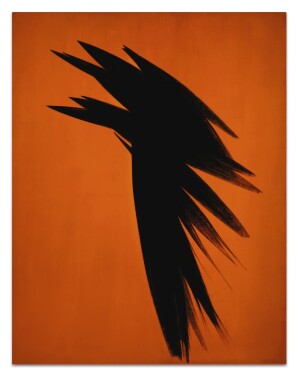 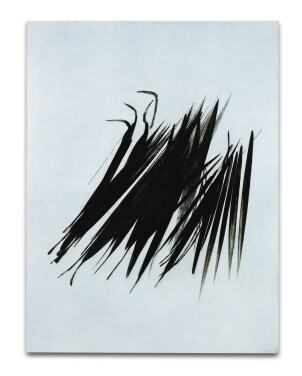 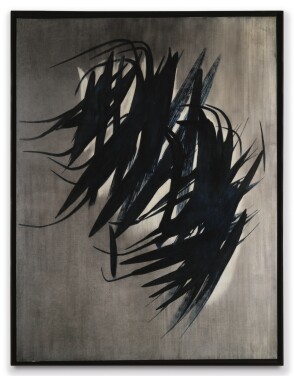