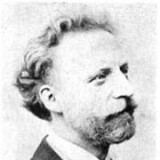 Works by Gustav Bauernfeind at Sotheby's 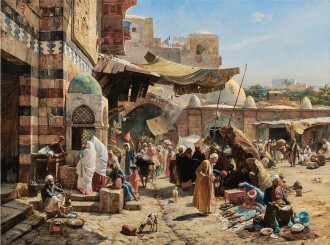 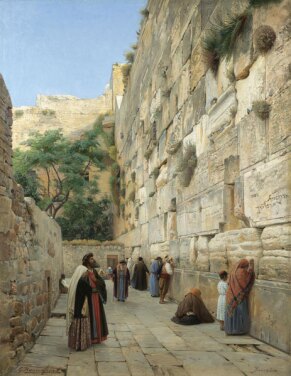 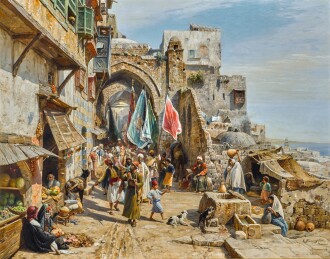 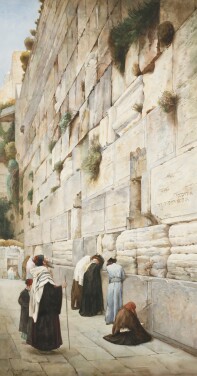 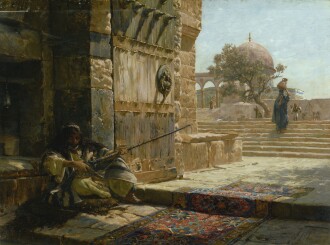 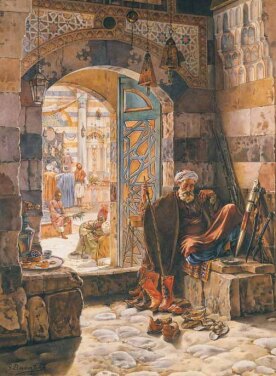 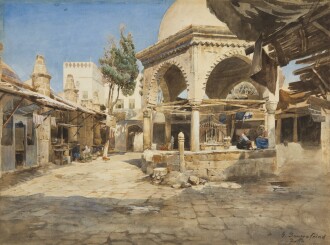 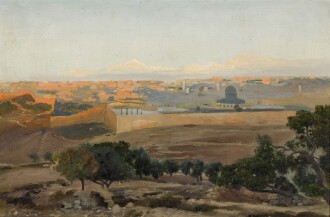 With a reputation for being one of the most notable German Orientalists and one of the foremost painters in Palestine, Gustav Bauernfeind’s orientalist scenes are characterised by intricate representations of the Middle East, crafted with meticulous photographic accuracy. This aspect of his work Bauernfeind owes to his training in Stuttgart and later Italy as an architect. Whilst in Italy, Bauernfeind began to experiment with illustrations and larger oil paintings of Venice, Florence, Pavia, Naples and Sicily. Though Bauernfeind was and still is recognised as a skilled draughtsman, his time in Italy convinced him that his true calling was painting and he subsequently devoted himself entirely to this art form.

Bauernfeind’s early works, especially the local views of Germany, display an acute attention to detail. He drew inspiration from the work of Schoenleber and mainly drew architectural studies of town halls, city gates and monuments. However, his fairly mundane subjects were not particularly attractive amongst buyers; this prompted his reorientation toward Orientalism. Bauernfeind’s first trip to the Orient was on a visit in 1880 to see his sister who was at the time living in Beirut. After that point, Bauernfeind visited the Holy Land on several occasions before finally settling there with his wife and child in 1898. This move was in part due to Bauernfeind’s lack of success in Germany which meant he was unable to support himself financially.

Bauernfeind was captivated by the nature of religious expression he encountered in both the Middle East and North Africa, which led to worship and prayer taking centre stage in his oeuvre. The Wailing Wall, Jerusalem, executed in 1904, illustrates most poignantly Bauernfeind’s connection with Eastern culture. It sheds light on the religious history of Jerusalem and the depth of its people’s devotion to Judaism and reflects how deeply moved Bauernfeind was by his experience of the Holy City. Bauernfeind was also fascinated by the landscape of the Middle East and produced series mainly of scenes in Jaffa, Jerusalem and Damascus, which were received with international acclaim. Bauernfeind is in fact one of the very few Orientalist artists to paint Jaffa, and this is where he met his wife Elsie Bertsch.

Throughout the 1880s, Bauernfeind exhibited his work in galleries in Germany, including at Munich’s Neue Pinakothek. Only six years after his move to Jerusalem Bauernfeind died in 1904 at the age of fifty-six whilst still at the peak of his career. After his death, however, Bauernfeind’s work was forgotten. It was not until the 1980s that his work enjoyed a renaissance and he suddenly gained international renown, from which point on his paintings were very successful at auction. His work continues to feature in collections in Munich and at the Nationalgalerie in Berlin. The Gustav Bauernfeind Museum is in his hometown of Sulz am Neckar in southern Germany.