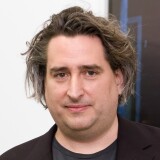 Works by Gregory Crewdson at Sotheby's 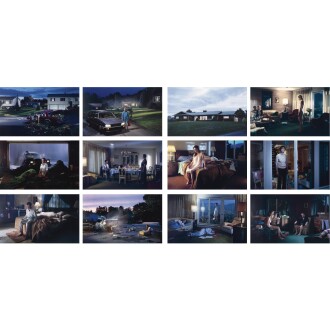 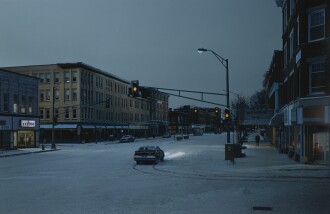 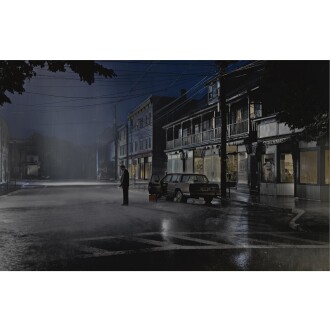 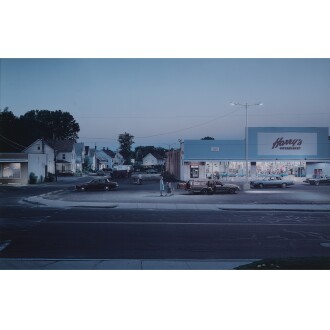 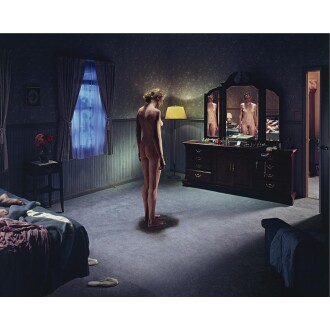 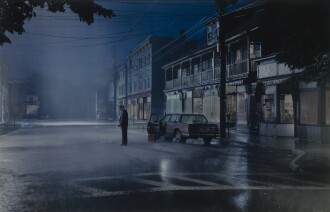 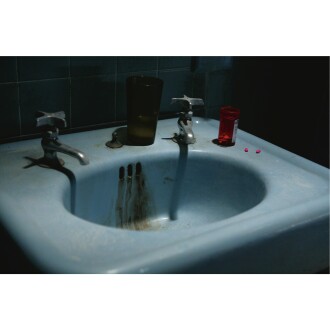 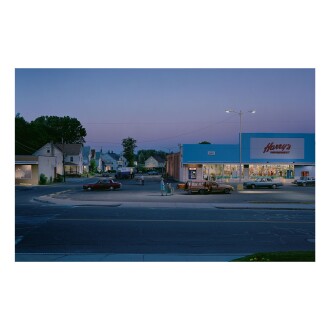 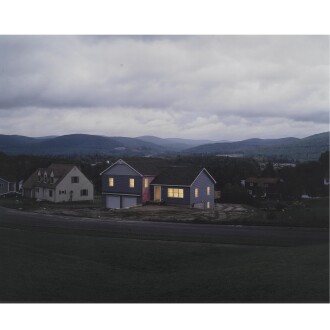 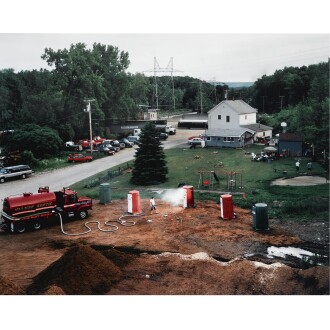 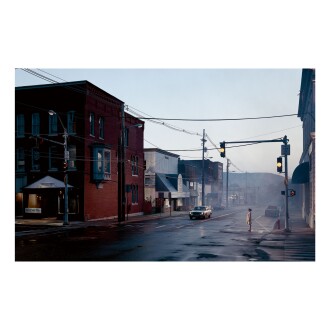 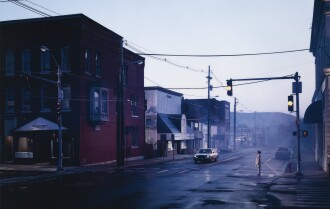 American photographer Gregory Crewdson presents tableaux of American suburban domestic interiors and neighborhoods. He meticulously prepares his sets using dramatic, cinematic lighting to produce surreal and ambiguously threatening imagery. The mundane qualities of his scenes and subjects contribute to the eeriness of his photographs, and question the nature of reality and artifice.

Born in Brooklyn in 1962, Crewdson attended the State University of New York, Purchase College, where he began experimenting with photography as a creative outlet and hobby. He began to consider artistic production as a serious profession, took courses with Jan Groover and Laurie Simmons, and eventually completed a Master of Fine Arts at Yale. For his thesis project, he photographed portraits of residents of Lee, Massachusetts, a location to which he later returned for his Natural Wonder series, which was shown at the Museum of Modern Art in 1991; the project presented benign domestic scenes with decaying animal corpses or crawling insects. He gradually expanded his scale and color palette, producing increasingly surreal works of intricate, complex scenes that seem to come out of Hollywood epic films. He was the subject of Ben Shapiro’s 2012 documentary, Gregory Crewdson: Brief Encounters, which premiered at the South by Southwest Film Festival.

Crewdson received the Aaron Siskind Foundation Fellowship in 19991, and a grant from the National Endowment for the Arts the following year; in 2004, he was awarded the Skowhegan Medal for Photography. In addition to teaching at Sarah Lawrence College, Purchase College, Cooper Union, Yale, and Vassar College, Crewdson has enjoyed solo exhibitions at major institutions since the early 1990s, including at the Houston Center for Photography in 1992, the Reina Solfiá in 1998, the Kunstverein, Hannover, among others. Crewdson’s works have sold for impressive prices; Untitled (Beer Dreams) sold for $42,000 in 2002, while Untitled (Winter) sold for $103,000 in 2007. He has plans to eventually direct feature length films.

Museums with Works by Gregory Crewdson

Type: museum
The Museum of Modern Art
New York, New York | New York
Type: museum
Whitney Museum of American Art
New York, New York | New York
Type: museum
Brooklyn Museum
Brooklyn, New York | New York
Type: museum
Los Angeles County Museum of Art
Los Angeles, California | California
Artist Image: 2008 Nick Harvey
Please note that prior performance of the indexes and realized returns contained herein does not guarantee future results. In addition, there is no guarantee that random collections of individual works of art or stocks will yield index returns. We are not financial advisors and we are not in the business of recommending art as an investment. We also have no comparative advantage in forecasting the future direction of the art market. Investment decisions should be based on the risk return tolerance and time horizon of the investor with, if desired, the support of a licensed financial advisor. This information is provided "as is" and with no representations or warranties either express or implied of accuracy, merchantability, fitness for a particular purpose or of any other nature are made with respect to this information or to any expressed views presented in this information.