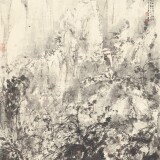 Works by Fu Baoshi at Sotheby's 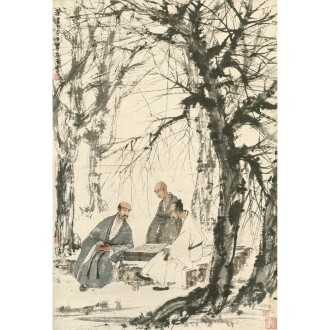 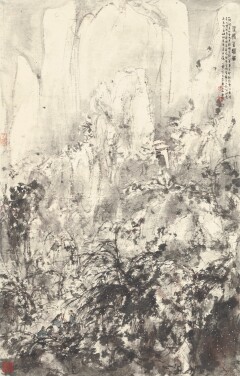 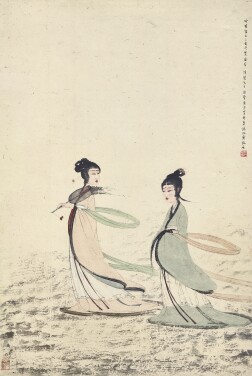 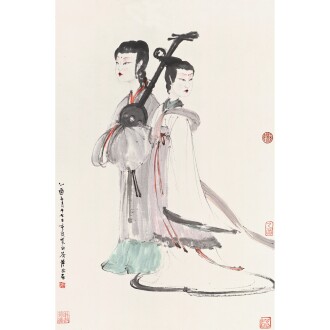 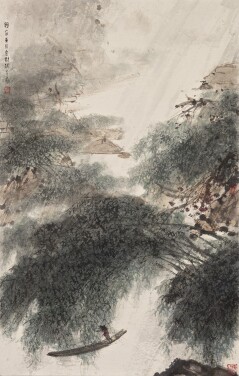 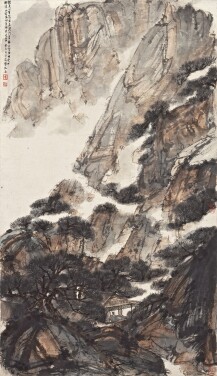 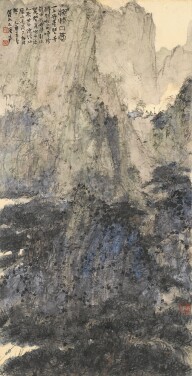 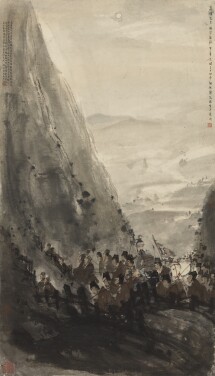 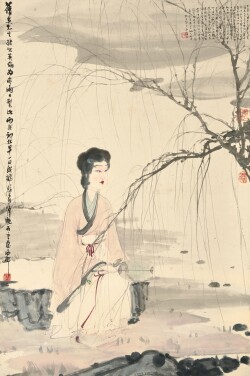 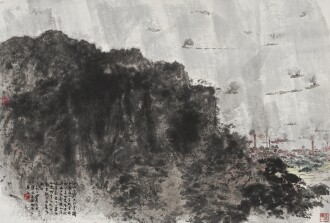 Chinese painter Fu Baoshi is best known for his landscapes, which integrate a variety of influences and historical styles. His career embodies the trajectory of 20th century China; he witnessed the end of China’s last imperial dynasty, the rebellions of the 1920s, Japanese occupation of eastern China and the Communist Revolution, which informed the complex foundation of his painting. He drastically impacted ink painting in China, incorporating foreign styles and, most notably, nuanced techniques and subject matter to achieve a uniquely modern Chinese style.

Born in 1904 in Xinyu, China, Fu was educated in Japan, studying the History of Oriental Art at the Tokyo School of Fine Arts. He held a particular admiration for Qing Dynasty painter Shitao, and even chose and changed his own name to Baoshi, which translates to “embracing Shitao.” He translated Japanese texts and consistently wrote his own art historical theses and treatises, completing research into fourth century landscape painting and artists of the Tang, Yuan, Ming and Qing Dynasties. He developed his landscape painting as a young artist, but was also acclaimed for his figural paintings, depicting figures from the third and fourth centuries. After the establishment of the People’s Republic of China in 1949, Mao Zedong called for a modernization of the arts; Fu led the charge in painting and is credited as a major artistic reformer of the 20th century. He revived early traditions based on a broad range of color and turned to modern technological subject matter such as airports and telephone lines. Leading the New Chinese Painting Movement, he called for a spontaneous handling of paint, often spattering or throwing ink or paint in a state of emotional and physical engagement; at times he would even paint after significant drinking to achieve a fully engrossed work. Fu founded the New Nanjing School of Fine Arts, which engaged many major artists of the period such as Chen Zhifo, Qian Songyan, Song Wenzhi and Ya Ming.