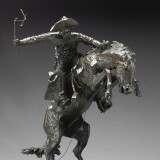 Works by Frederic Remington at Sotheby's 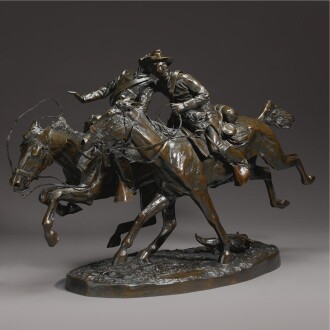 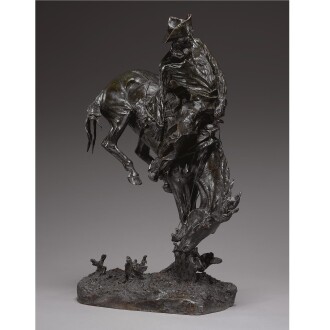 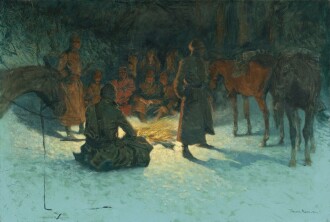 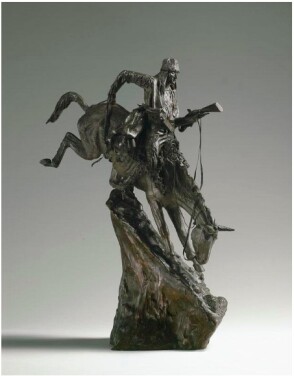 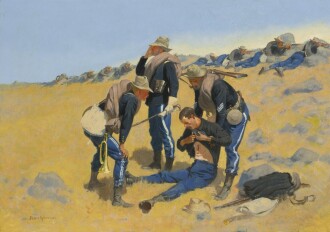 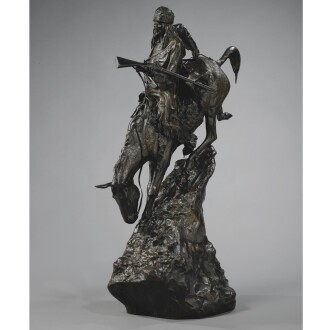 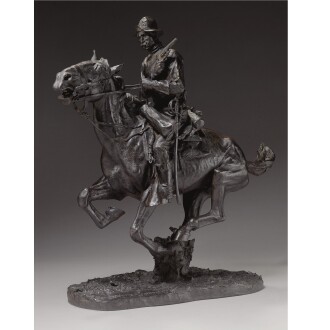 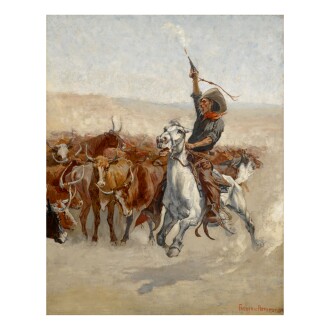 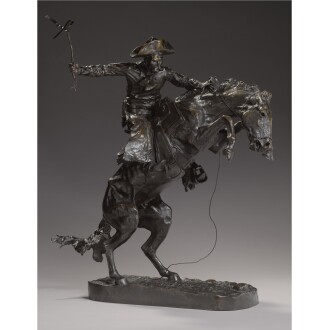 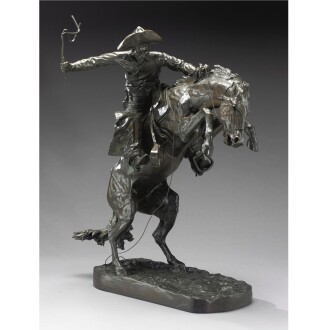 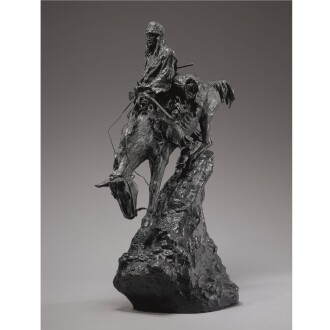 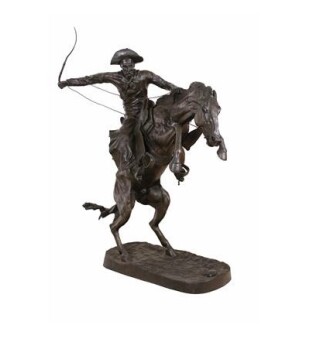 Known for his dramatic depictions of the American Old West, Frederic Remington captured the swift action and mythic figures of a rapidly disappearing frontier with exceptional narrative detail. His bronze sculptures, paintings and illustrations evince a reverent nostalgia; of his chosen subject matter, Remington reflected: “I knew the wild riders and vacant land were about to vanish forever.” With his facility for textural detail and dynamic storytelling, Remington distinguished himself as one of the leading chroniclers of late 19th-century frontier life. In the words of his friend Theodore Roosevelt: “The soldier, the cowboy and rancher, the Indian, the horses and the cattle of the plains, will live in his pictures and bronzes, I verily believe, for all time.”

Remington was born in Canton, NY in 1861 to a distinguished American family, counting George Washington and Western artist George Catlin among his forebears. He studied art at Yale University for three semesters, followed by a brief stint at the Art Students League of New York. At the age of 19, Remington made his first trip West to Montana Territory, cementing a lifelong love; while he spent the bulk of his career in New York, Remington would continue to travel West for frequent sketching trips. In 1882, his first published drawing, of a Wyoming cowboy, appeared in Harper’s Weekly. By the end of the decade, Remington was exhibiting his paintings at the National Academy of Design and had numerous illustrations published in prominent periodicals, including Collier’s, Century Magazine and Harper’s Weekly. In 1895, under the tutelage of Frederick W. Ruckstull, Remington learned the basics of clay modeling. His first sculpture, titled Broncho Buster (1895), was an instant success; this depiction a cowboy astride a rearing horse opened a new three-dimensional chapter in Remington’s prolific career. Remington died in 1909 in Ridgefield, Connecticut, at the age of 48.

Today, Remington’s work is on view at the Frederic Remington Art Museum located in Ogdensburg, New York. His pieces are also in the permanent collections of the Metropolitan Museum of Art in New York; the National Gallery of Art and Smithsonian American Art Museum in Washington, D.C.; the Museum of Fine Arts in Houston; and the Art Institute of Chicago.

Type: story
Category: Museums
Chasing the West in Art and Film
Type: story
Category: American Art
Interpreting the Wild West
Please note that prior performance of the indexes and realized returns contained herein does not guarantee future results. In addition, there is no guarantee that random collections of individual works of art or stocks will yield index returns. We are not financial advisors and we are not in the business of recommending art as an investment. We also have no comparative advantage in forecasting the future direction of the art market. Investment decisions should be based on the risk return tolerance and time horizon of the investor with, if desired, the support of a licensed financial advisor. This information is provided "as is" and with no representations or warranties either express or implied of accuracy, merchantability, fitness for a particular purpose or of any other nature are made with respect to this information or to any expressed views presented in this information.