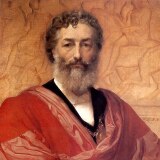 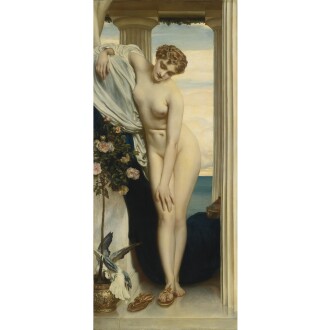 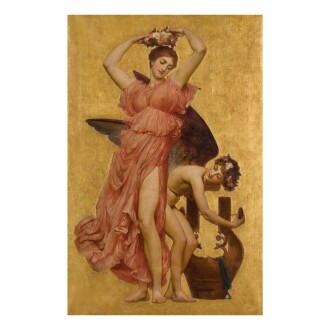 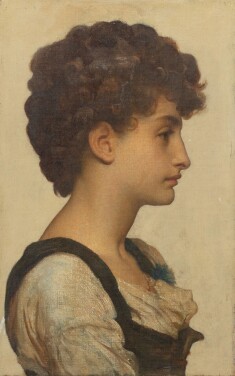 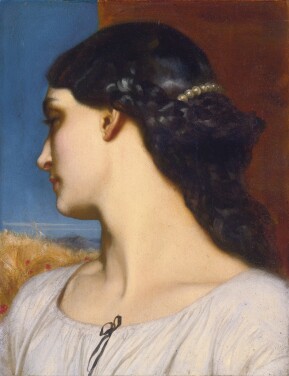 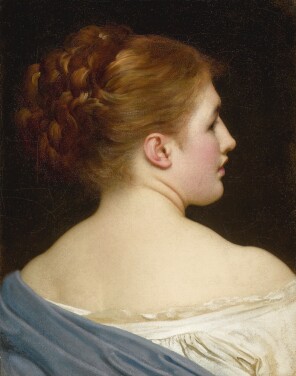 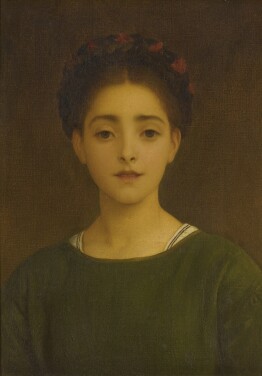 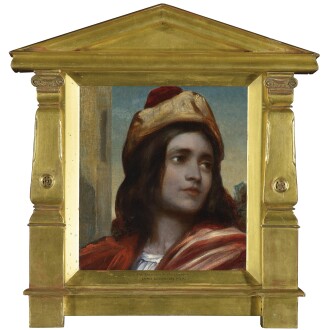 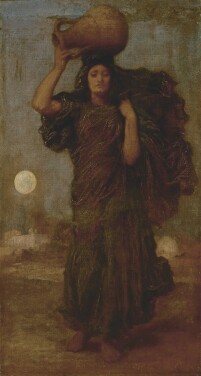 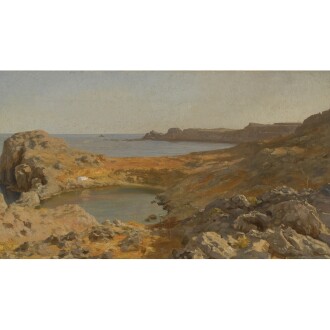 Trained in the Continental academic tradition, befriended by the Pre-Raphaelite Brotherhood and elected President of the Royal Academy, Frederic Leighton was one of the most eminent British painters of the late nineteenth century. His sumptuous, classically inflected canvases like The Light of the Harem and Captive Andromache exemplify the Victorian pursuit of beauty for beauty's sake – and after a period of modernist neglect, are once more drawing effusive museum crowds and commanding substantial sums on the auction block.

Frederic Leighton, 1st Baron Leighton, PRA was born in Scarborough, England in 1830. He attended the University College School, London and then received formal art training in Frankfurt, Florence and Paris before returning to London in 1860. There, he associated with the Pre-Raphaelites, designed Robert Browning's tomb and became an associate of the Royal Academy. His 1877 sculpture entitled Athlete Wrestling with a Python was seen as representing an important shift in the dynamic and detailed rendering of the human form; his paintings of the same year, like the plushly, exoticized Music Lesson, demonstrate that he was no less assiduous and imaginative in two-dimensional media. The following year, he became President of the Royal Academy, and eight years later became the first painter to recieve a hereditary title. The patent creating him Baron Leighton of Stretton in the County of Shropshire was issued in 1896; Leighton died the following day, making him the bearer of the shortest-lived title in British history.

The Lord Leighton's work is represented in numerous estimable institutions throughout Great Britain and the Commonwealth, including the Tate Gallery in London, the National Gallery of Canada in Ottawa and New Zealand's Christchurch Art Gallery Te Puna o Waiwhetū.