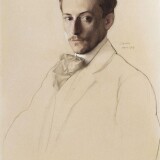 Russian sculptor, painter, illustrator and mosaicist Evgeni Evgenyevich Lanceray was born in Pavlovsk, just outside of St Petersburg, though he spent the larger part of his childhood living in Ukraine before returning to St Petersburg in his grandfather’s house with his mother after his father’s premature death in 1886. His family were a prominent French family of artists living in Russia: Lanceray’s brother, sister, father, uncles, grandfather and great-grandfather were painters, sculptors, architects, art critics and composers.

Lanceray’s formal artistic training began in 1892 at St Petersburg’s Imperial Society for the Encouragement of the Arts, where he stayed until 1896. After this, he spent a three-year period in Paris at the Académie Colarossi and Académie Julian. Upon his return to Russia, Lanceray joined Mir iskusstva (‘World of Art’), a Russian art movement and magazine of which his uncle Alexandre Benois was already a participant; the movement sought to revolutionise European art during the 1910s and was particularly influenced by the Rococo period.

After the Revolution started in 1917, most of Mir iskusstva’s members left the country. Lanceray had little demand for his traditional art and disliked the Soviet regime, stating that ‘Everything is so disgusting, everything is poisoned with hack, cliché, falsehood’ (June 23, 1938, http://gefter.ru/archive/15714) and that ‘There is incredible impoverishment. Of course, this is the government’s goal to bring everyone and everything to poverty, since it is easier to manage the poor and the hungry’ (February 1932). He left St Petersburg to go to Dagestan, Japan, Turkey, and Tiflis, before settling once more in Moscow. During this second Russian phase, he worked on large scale projects such as the Moscow Kazansky Railway Station, the Hotel Moskva and the Zheleznodorozhnik Palace of Culture in Kharkiv as part of the state-instigated architectural reform, for which he created vast murals. He also engaged in theatre design - a passion shared by his former co-members of Mir iskusstva.

In 1943, Lanceray was awarded the Stalin Prize, and in 1945 he was endowed with the title People’s Artist of the RSFSR, an honour shared by other exceptional artists such as Aleksey Vorobyevsky. He died in 1946, aged seventy-one, leaving other artists to finish his murals using preparatory sketches. 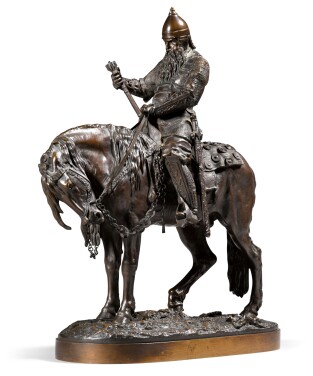 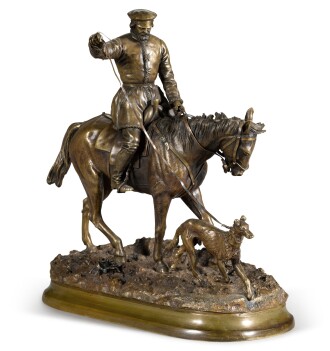 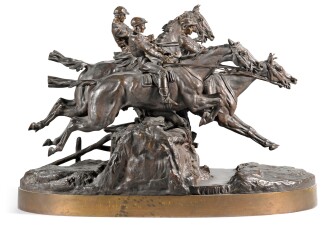 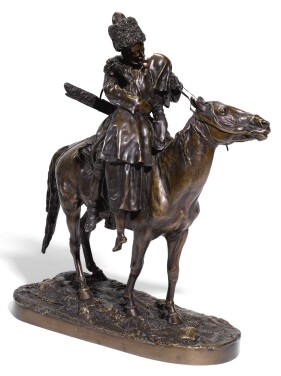 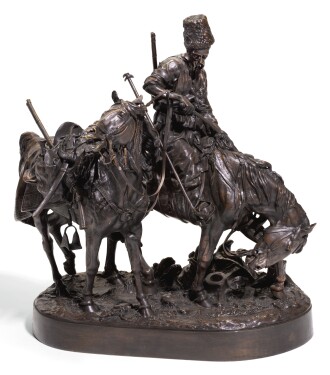 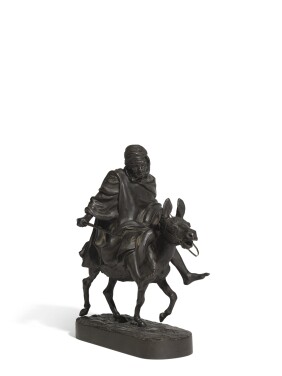 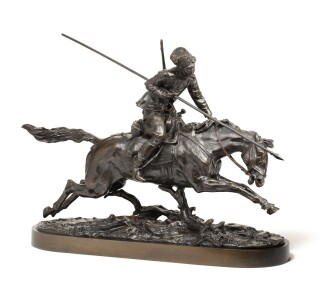 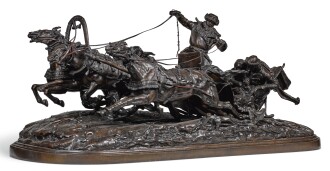 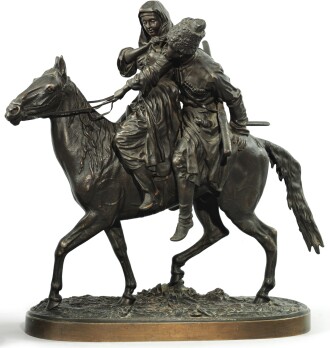 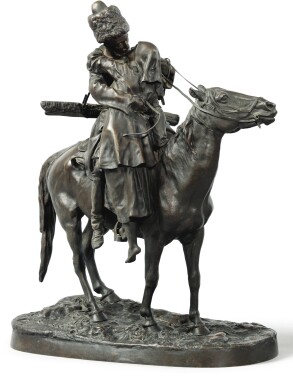 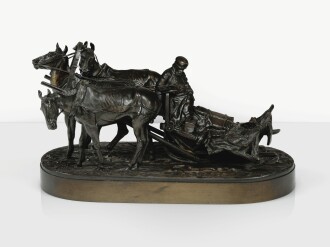 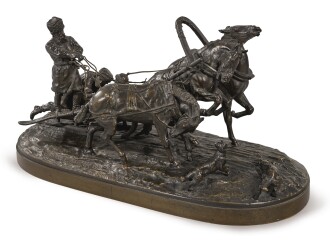 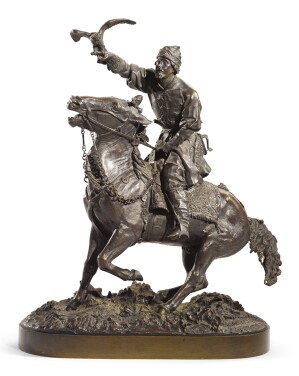 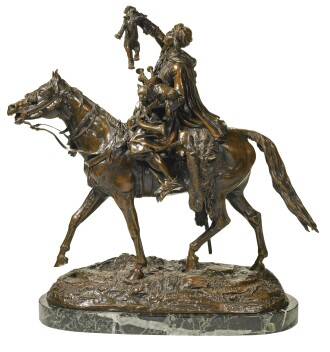 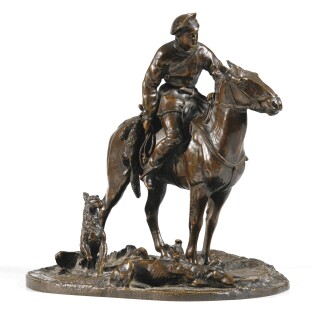 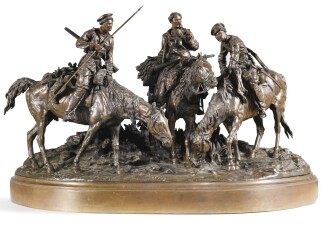 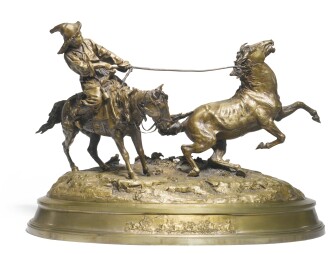 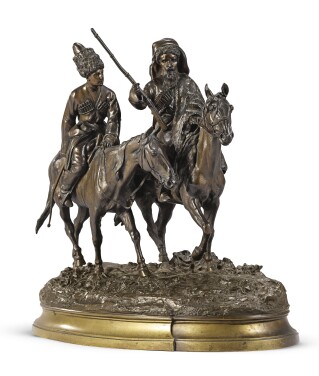 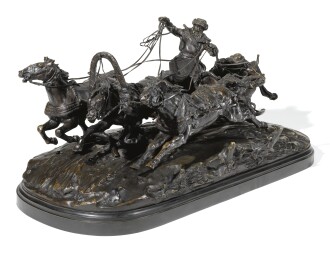 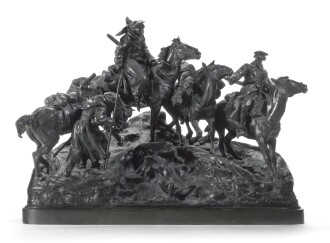 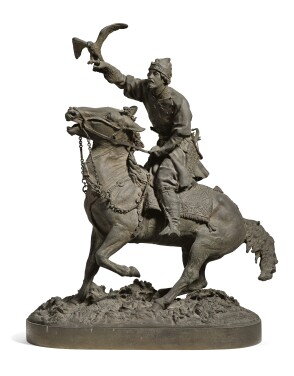 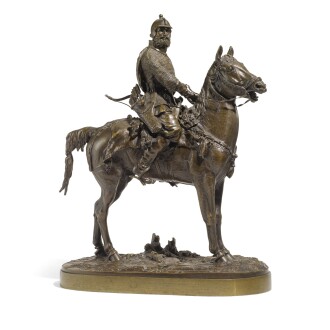 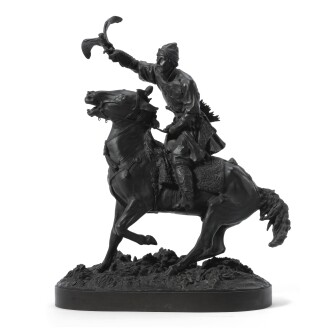 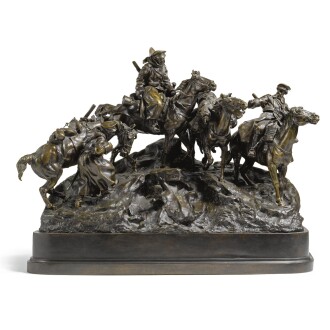