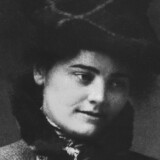 Works by Emily Carr at Sotheby's 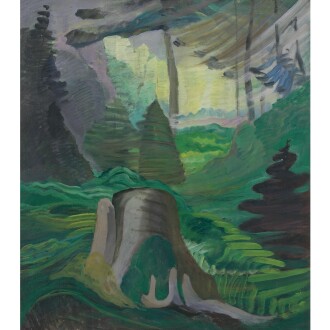 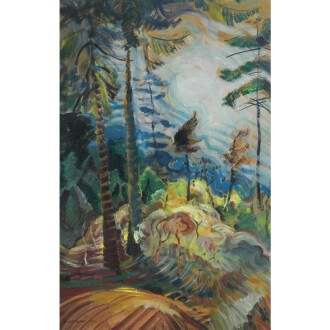 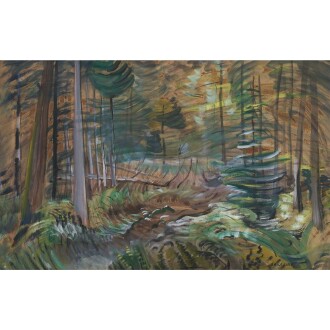 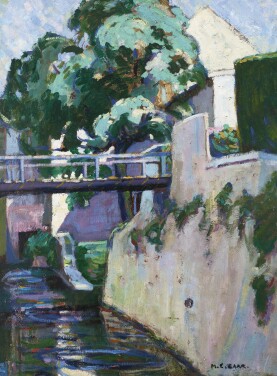 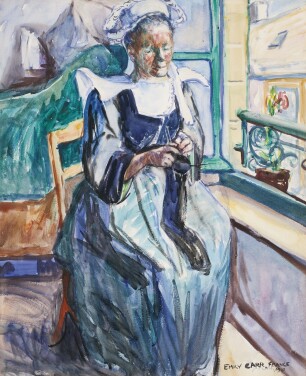 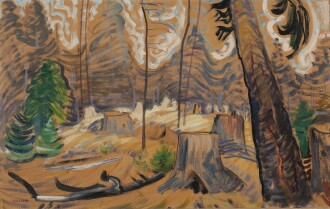 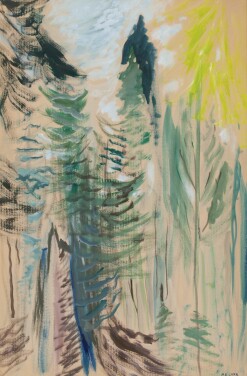 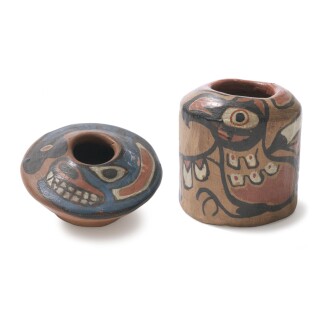 Born in 1871, Emily Carr was a rebellious and pioneering Canadian artist who found inspiration in the forest, sea and sky of her native British Columbia, as well as the indigenous communities she encountered there. Talented and determined, Carr defied convention. She was one of few female artists in the early twentieth century to reject conventional painting subjects to engage a political, spiritual and ecological dialogue. Although she did not forge deep relationships with them, remaining somewhat isolated in the Pacific Northwest, Carr’s interests ran parallel to her contemporaries’, Georgia O’Keeffe and Frida Kahlo: a respected professional stature, an attachment to place and nationality, an intense connection to nature, and a strong interest in indigenous cultures. Each overcame general and individual prejudices to become her nation’s preeminent woman painter of the early twentieth century (Sharyn Rohlfsen Udell, Carr, O’Keeffe, Kahlo, Places of Their Own, New Haven, Connecticut, 2000, p. VII).

In her lifetime, Carr was often regarded as an eccentric, known in Victoria, British Columbia, for keeping a rooming house and surrounding herself with an eclectic array of animals including sheep dogs, cats, chipmunks, rats, and her Javanese monkey, Woo, for whom she made brightly colored dresses. One of five sisters, she lost her mother at the age of fourteen and her father passed only two years later, leaving her eldest sister to provide for the family. From a young age she was drawing cartoons and caricatures, and studied at the California School of Design in San Francisco, returning in 1893. By teaching art she saved money to travel to England in 1899, first studying at the Westminster School of Art, where she was disappointed by the conservative atmosphere, and then invited to St. Ives, an artist colony near Cornwall. Perhaps as a consequence of her tireless ambition, she was diagnosed with hysteria and hospitalized at East Anglican Sanatorium for over a year, finally retrieved by her sister and brought back to Canada in 1904.

Upon her return she established herself as a cartoonist, albeit an ambitious one. In 1907, she and her sister, Alice, traveled the west coast as far north as Sitka, Alaska, where she saw totem poles for the first time. To describe the journey as “intrepid” would be an understatement. Many of the remote villages were reachable only by canoe, fishing boat or trail, guided by the indigenous people with whom she stayed, or else on her own in the forest, enduring torrential rain and other challenges. This trip proved pivotal, however, as she determined to document these aboriginal villages and their totems before they were lost forever, either to nature through disintegration or removed by museums and government intervention.

In 1910, she mounted an exhibition of the resulting works and an auction in her studio to raise money for study in Paris, then the undisputed center of the international art world. Studying with the English painter Henry Phelan Gibb, Carr was exposed to modern developments in painting and specifically to the Fauves, who expanded her palette to include bold, saturated colors and animated her brushwork. Success and praise was found as two of her paintings were accepted in the 1911 Salon d’Autumne, Autumn in France (1911, National Gallery of Canada) and Paysage (1911, Audain Art Museum, Whistler, British Columbia). These were hung alongside those of her Canadian contemporary, James Wilson Morrice, as well as influential artists such as Pierre Bonnard, Henri Matisse and Edouard Vuillard.

Carr was an energized, if not radicalized artist when she returned to Canada in 1912, and she immediately mounted an exhibition of her new paintings in Vancouver. The French period works, which included oils based on her earlier West Coast watercolors, were not well received or understood. Later that year, she planned another six-week trip, visiting fifteen First Nations villages in the Haida Gwaii (then known as the Queen Charlotte Islands), working feverishly in her new style. While it is tempting to associate Carr’s choice of imagery with the “Primitivism” that was being explored by Picasso and Braque just before she arrived in France, her interests were distinctly her own. Carr brought an empathetic eye to her subject. An inquisitive outsider, she was concerned by a culture on the brink of extinction.

When her second Vancouver exhibition failed to attract an audience, Carr had few resources and nearly abandoned painting. It wasn’t until 1927 that Eric Brown, director of the National Gallery of Canada, approached her to exhibit paintings in Ottawa at the suggestion of ethnographer Marius Barbeau. This exhibition connected her to the Group of Seven for the first time and, pointedly, to Lawren Harris, who developed a deep collaborative friendship with Carr and introduced her to contemporary currents in art, both in Canada and the United States, and to Georgia O’Keeffe. This reenergized her career and led to the expressive body of work for which she is now known.