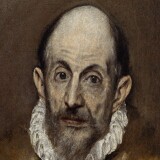 Works by El Greco at Sotheby's

Born on the Greek island of Crete in 1541, Doménikos Theotokópoulos, as he signed his paintings, was not known as “El Greco” until well after his death in 1614. Initially trained as an icon painter and heavily influenced by the Byzantine tradition, El Greco lived in Venice from 1566 until 1570, when he move to Rome. His contemporaries at the time often referred to him as a “disciple of Titian,” but later generations of critics and historians have linked his artistic style more closely to that of Tintoretto; El Greco’s dramatic lighting and turbulent skies are often considered particularly evocative of the Venetian master.

By 1577, El Greco moved to Madrid but his bid for Spanish royal patronage was unsuccessful, and he relocated to Toledo. Although the city was not a cultural bastion on par with either Rome or Madrid, Toledo was affluent and artistically cultivated enough for El Greco to develop his iconic personal style. Rejecting naturalism, he embraced a form of Mannerism, characterized by elongated, often distorted figuration and radical use of color, resulting in a high degree of emotional expression within his works. In 1577, the artist received a commission to paint three altarpieces for the church of Santo Domingo el Antiguo, which are now considered his masterpieces.

After a long career in Toledo, El Greco died there in 1614. The posthumous reception of his work was markedly mixed, with many historians equating the lack of naturalism in his painting with a lack of skill. By the early 20th century, however, his oeuvre was studied anew, and Spanish art historian Manuel Bartolomé Cossio presented El Greco as the founder of the Spanish School in the first comprehensive catalogue on the artist, who would inspire pioneering Modern artists such as Édouard Manet and Pablo Picasso. El Greco’s paintings can be found in the Prado, Madrid; Museum of Cádiz, Spain; Museo Soumaya, Mexico City; the Metropolitan Museum of Art, New York.

Museums with Works by El Greco

Artist Image: [Public domain], via Wikimedia Commons
Please note that prior performance of the indexes and realized returns contained herein does not guarantee future results. In addition, there is no guarantee that random collections of individual works of art or stocks will yield index returns. We are not financial advisors and we are not in the business of recommending art as an investment. We also have no comparative advantage in forecasting the future direction of the art market. Investment decisions should be based on the risk return tolerance and time horizon of the investor with, if desired, the support of a licensed financial advisor. This information is provided "as is" and with no representations or warranties either express or implied of accuracy, merchantability, fitness for a particular purpose or of any other nature are made with respect to this information or to any expressed views presented in this information.