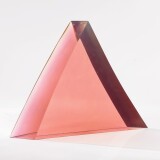 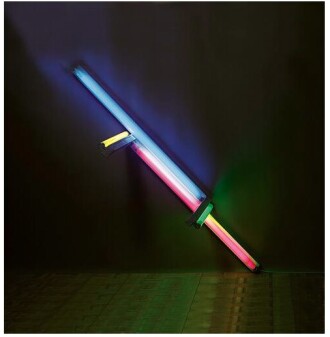 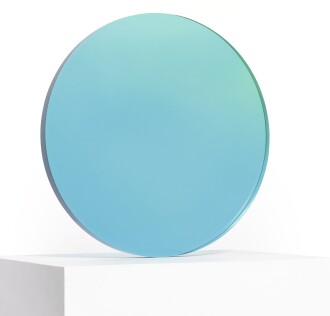 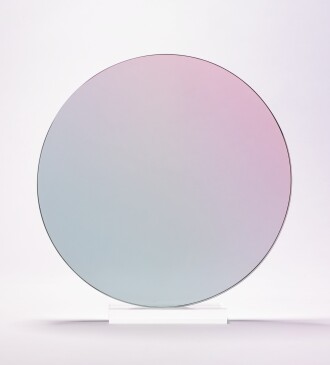 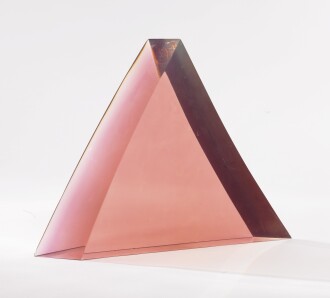 A prime exponent of the Light and Space movement of the 1960s, De Wain Valentine's mesmerizingly luminous glass and resin sculptures evoke what the artist calls “transparent colored space.”

De Wain Valentine was born in 1936 in Fort Collins, Colorado. He received a BFA from the University of Colorado and an MFA from Yale. After a brief stint in New York, Valentine settled in Los Angeles where he soon befriended Larry Bell, Kenneth Price, Mary Corse and other artists interested in using common synthetic materials to bring about otherworldly sensory phenomena. While working in boat shops and for surfboard-shapers, Valentine developed a feel for industrial plastics. In 1965, he collaborated with a chemical engineer to develop Valentine MasKast, a highly crack-resistant resin that allowed him and other sculptors to far exceed the established limits of the medium. In 1968, Valentine had his first solo show at the Ace Gallery in L.A.'s Miracle Mile section. He also participated in several groundbreaking group shows, including The Industrial Edge at The Walker Art Center in Minneapolis that brought the work of Southern California's Light and Space artists to broader audiences. More recently, Valentine has held solo shows at the J. Paul Getty Museum in Los Angeles (2011) and the Georgia Museum of Art in Athens (2012). Valentine currently lives and works in Gardena, California.

Valentine's pieces have been accessioned into the permanent collections of such prominent institutions as the Los Angeles County Museum of Art, the Whitney Museum of American Art in New York, and the Honolulu Museum of Art.