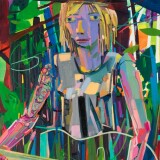 Born 1976.
Interested in selling a work by Dana Schutz?
Get an Estimate

Works by Dana Schutz at Sotheby's 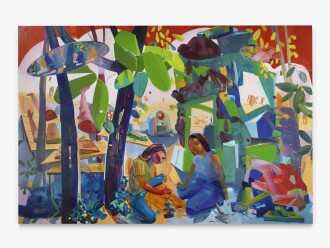 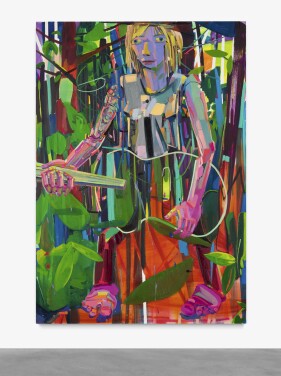 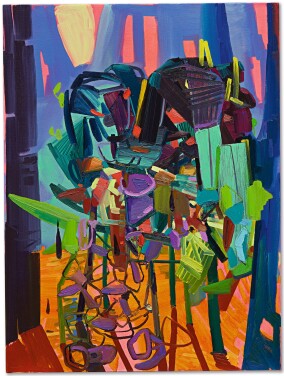 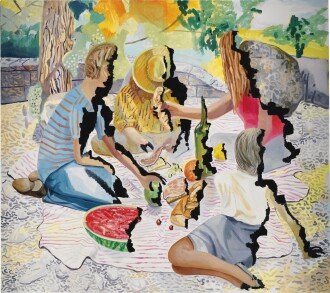 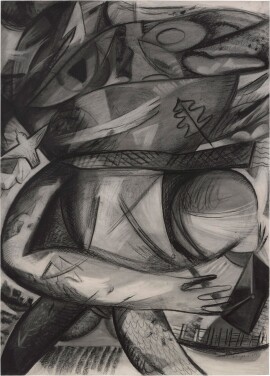 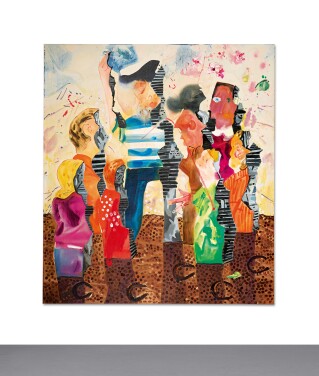 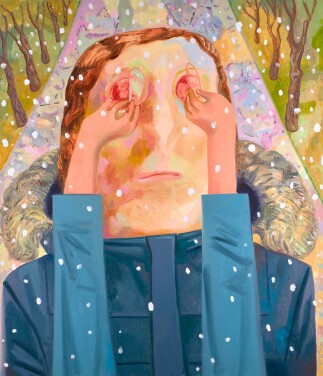 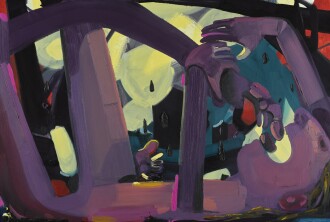 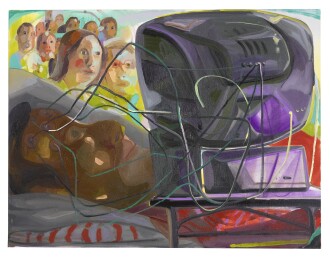 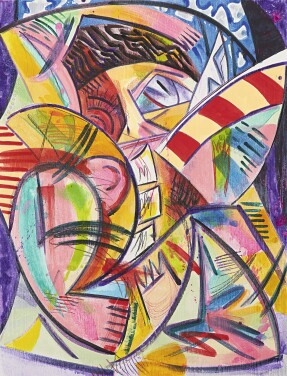 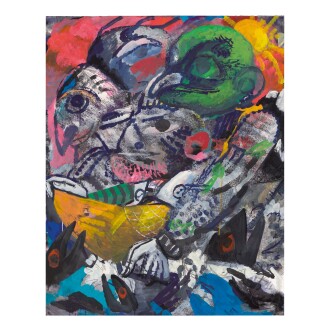 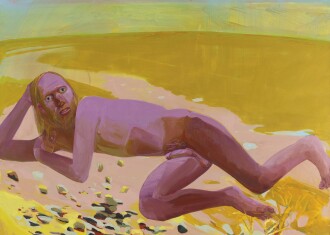 “My paintings are loosely based on metanarratives,” explains the genre-bending contemporary artist Dana Schutz. “The pictures float in and out of pictorial genres. Still-lifes become personified, portraits become events, and landscapes become constructions. I embrace the area between which the subject is composed and decomposing, formed and formless, inanimate and alive.” These metanarratives start out as lists of ideas and then grandly emerge on canvas with a combination of deft local detail and spontaneous full-arm gestures.

Dana M. Schutz was born in 1916 in Livonia, Michigan, outside of Detroit. She received a BFA from the Cleveland Institute of Art and an MFA from Columbia, where she met her husband, the sculptor Ryan Johnson. Her debut exhibition, Frank from Observation, was held in 2002 LFL Gallery (now Zach Feuer Gallery) and she was invited to participate in the Venice Biennial the following year. Solo museum shows would follow at SITE Santa Fe, the Rose Art Museum in Waltham, Massachusetts, and Perrotin in Paris. In 2017, her painting Open Casket was included in the 2017 Whitney Biennial; this potent painterly reaction to the 1955 lynching of Emmett Till provoked fervid protests inside the gallery and throughout the blogosphere, though it was defended by such prominent artists of color as Coco Fusco and Kara Walker, the latter of whom remarked, “The history of painting is full of…narratives that don’t necessarily belong to the artist’s own life…I experience painting too as a site of potentiality, of query, a space to join physical and emotional energy, political and allegorical forms.” In 2018, she mounted Eating Atom Bombs, an exhibition of new works depicting “dystopic scenes of conflict and shame,” at the Transformer Station in Cleveland. Further new works—including paintings, for the first time, sculptures—were unveiled at Petzel in New York in 2019. That year, her epic composition Civil Planning established her global public sale record – $2.4 million against a high estimate of $400,000 – at Sotheby’s New York.

Schutz currently lives and works just off the Gowanus Canal in Brooklyn and is represented by Petzel, New York, and Contemporary Fine Arts, Berlin. Her work has been accessioned into the permanent collections of the Museum of Fine Arts in Boston, the Museum of Contemporary Arts in Los Angeles, and the Tel Aviv Museum, among numerous others.