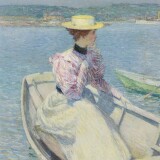 Works by Childe Hassam at Sotheby's 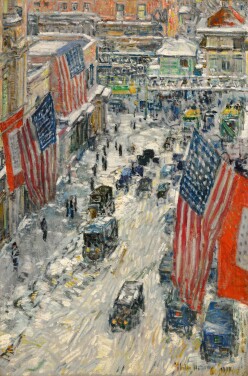 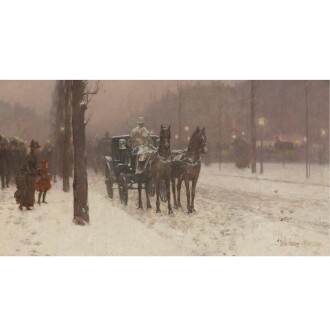 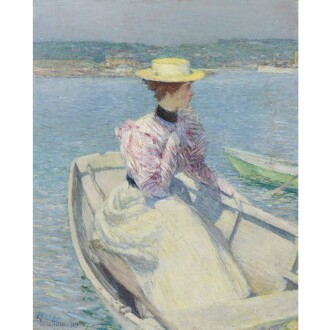 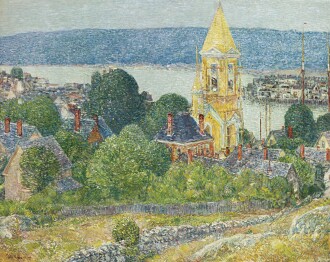 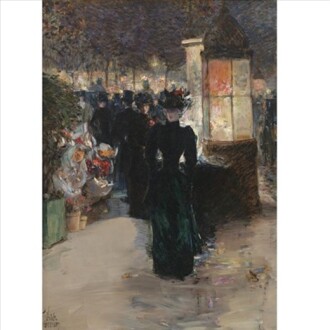 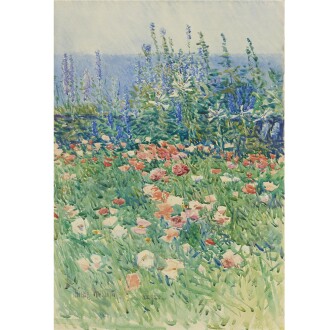 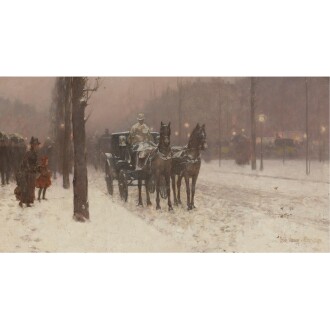 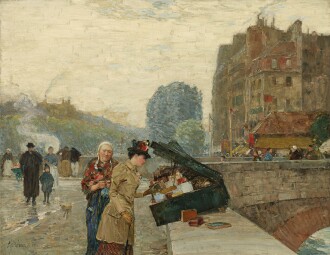 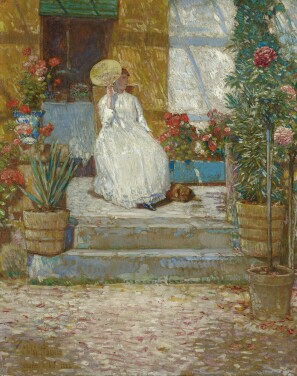 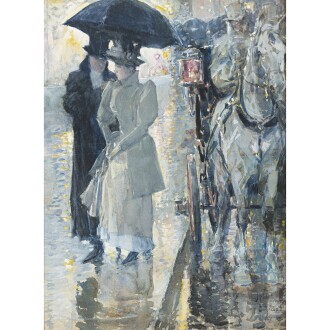 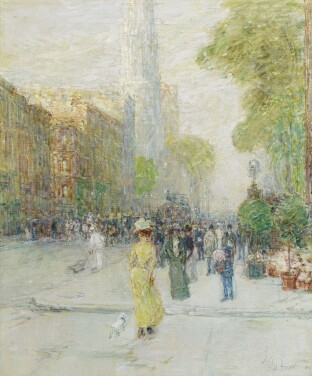 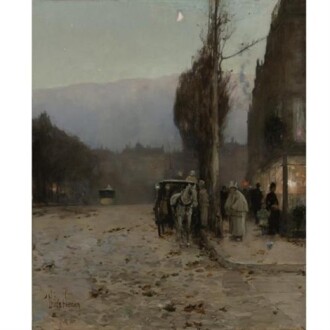 American painter Childe Hassam was instrumental in developing Impressionism in the United States during the late 19th century. He is best known for his scenes of bustling urban life in Boston, New York and Paris, which he treated with the Impressionist handling of light and color. He remained committed to depicting everyday life and to exploring the spontaneous nature of vision, leading The Ten, a group of Impressionists including John Henry Twachtman and J. Alden Weir which exhibited in cities along the East Coast. His paintings and his influence on American collectors and museums were crucial factors in cultivating American Impressionism.

Born in Dorchester, Massachusetts in 1859, Hassam had no official formal training in the arts. After his father lost his cutlery business during the Great Boston Fire of 1872, Hassam began working for the commercial engraver George Johnson where he quickly demonstrated a talent and interest in draughtsmanship. He soon began working with watercolor and oil in the Impressionist mode of en plein air painting. Opening his first studio in Boston and providing illustrations for Scribner’s Monthly, Harper’s Weekly and the Century, Hassam established a reputation for his lively watercolors with Boston dealers. He moved to Paris in 1886, sending his scenes of the Parisian street to his Boston patrons and significantly developing his techniques.

Although he did not meet any of the Impressionists painters in Paris, he was inspired to use freer brushstrokes and softer colors for a hazy vision of life in the city. His work earned him a bronze medal at the Exposition Universelle of 1889. Returning to America in late 1889, he took lifelong residence in New York, painting the hum of the city, selling consistently to an avid market and spending his summers in the countryside of Gloucester or Connecticut in the spirit of Impressionism. His famous flag paintings presented the movement and energy of the American flag displayed on Fifth Avenue during World War I with a seemingly Fauvist palette and gestural application of paint. He spent his late career teaching, painting with a broad palette, and advocating for the Impressionist movement in America. His works can be found in the collections of the Art Institute of Chicago, the Museum of Modern Art, the Museum of Fine Arts Boston, Musée d’Orsay and many other major museums around the world.

Type: video
Category: Expert Voices
Modernity and Patriotism In Childe Hassam's Iconic Flag Paintings
Type: story
Category: Press Release
Sotheby’s Debuts Our Live Auction ofAMERICAN ART To Be Held in New York on 26 June
Type: slideshow
Category: Books & Manuscripts
Art, Memorabilia and More Treasures from Barbara and Frank Sinatra
Please note that prior performance of the indexes and realized returns contained herein does not guarantee future results. In addition, there is no guarantee that random collections of individual works of art or stocks will yield index returns. We are not financial advisors and we are not in the business of recommending art as an investment. We also have no comparative advantage in forecasting the future direction of the art market. Investment decisions should be based on the risk return tolerance and time horizon of the investor with, if desired, the support of a licensed financial advisor. This information is provided "as is" and with no representations or warranties either express or implied of accuracy, merchantability, fitness for a particular purpose or of any other nature are made with respect to this information or to any expressed views presented in this information.