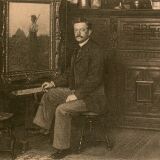 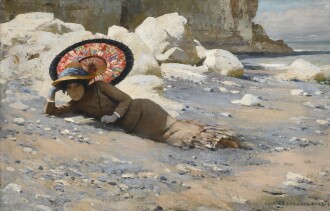 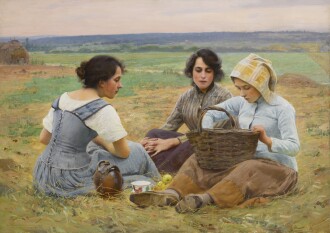 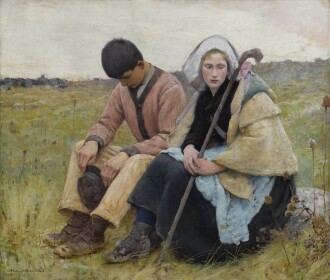 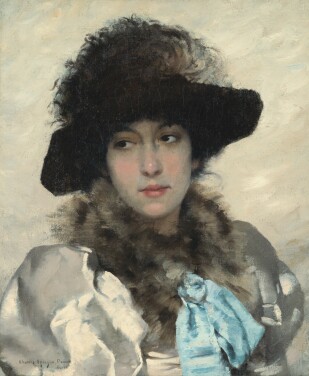 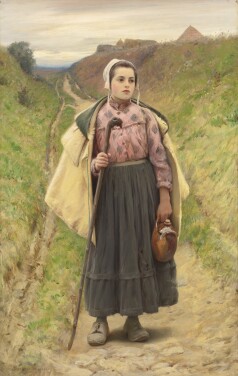 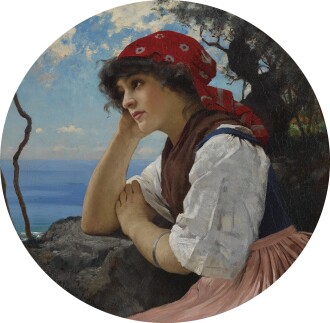 Born in Boston, Charles Sprague Pearce joined fellow expatriate artists and moved to Paris in 1882, working in the studio of Léon Bonnat, just as John Singer Sargent and Thomas Eakins had before him. In August 1884, Pearce purchased a farm in Auvers-sur-Oise, a town some twenty miles northwest of Paris on the banks of the Oise river. While many other artists had worked in the area, including Charles-François Daubigny, Jean-Baptiste-Camille Corot, Paul Cézanne, Honoré Daumier, and Camille Pissarro (in nearby Pontoise), this relocation more closely aligned Pearce with his French Naturalist contemporaries.

Besides his scenes of French peasants, Pearce was known for his association with the Orientalist movement, painting Egyptian and Algerian scenes. Pearce also painted portraits and decorative works, completing works of the latter style for the Thomas Jefferson Building at the Library of Congress in Washington.

Pearce received several awards for his artwork, including from the Paris Salon, and was made Chevalier of the French Legion of Honor.

Today, works by Pearce can be found in the Metropolitan Museum of Art, New York; the Virginia Museum of Fine Arts; and the National Gallery of Art, Washington, D.C., among others.