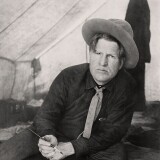 Born 1864. Died 1926.
Interested in selling a work by Charles Marion Russell?
Get an Estimate 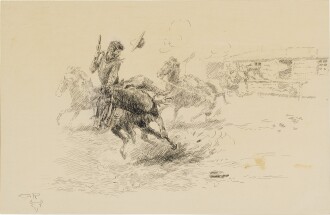 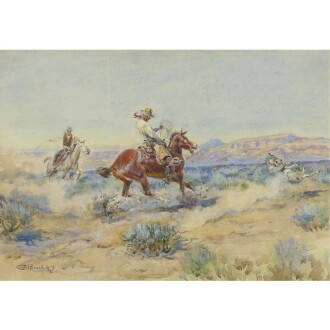 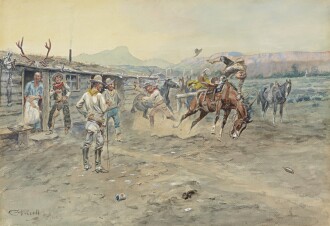 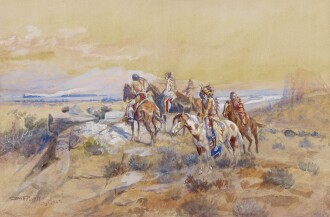 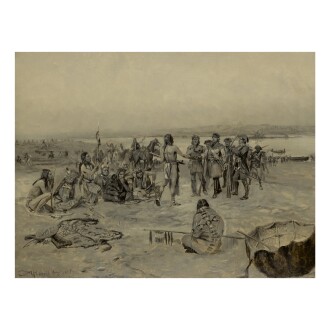 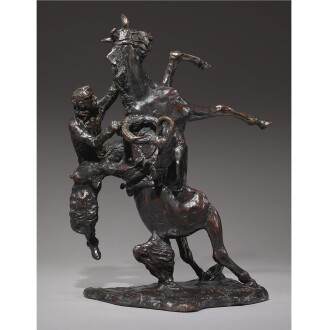 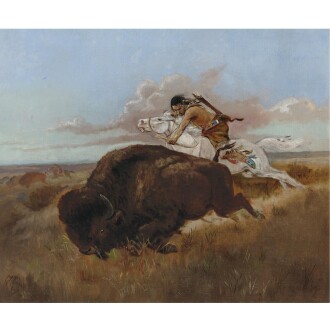 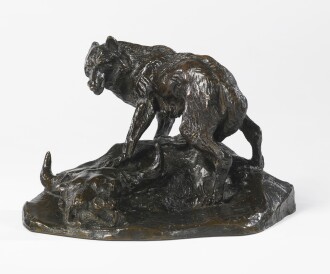 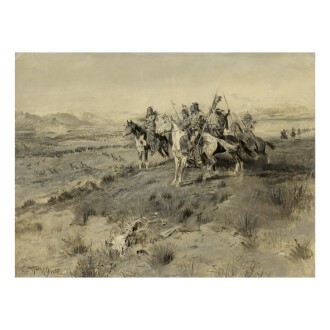 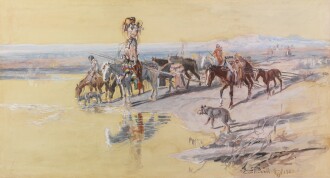 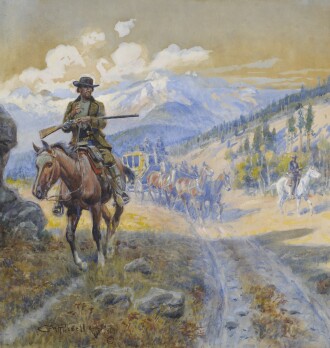 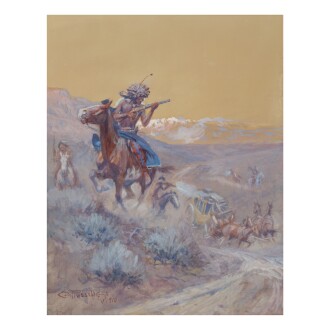 Charles Marion Russell earned his reputation as "the Cowboy Artist" for his dynamic action pictures, based on his intimate knowledge and appreciation of frontier life, first working as a horse wrangler and then as a cowboy. Born in 1864 in St. Louis, Missouri, Russell grew up reading James Fenimore Cooper's novels of the frontier and the numerous dime store westerns, dreaming of living the life of a cowboy. At the age of fifteen, his parents, frustrated by the boy's poor academic record and frequent truancy, arranged a trip to Montana, hoping that a summer out West would instill direction and discipline. Much to his parents' disappointment, however, Russell never came back. In coming to and ultimately settling in this new territory, Russell selected a lifestyle that varied markedly from the privileged world into which he had been born in St. Louis.

While his parents viewed the trip as an opportunity to motivate their son and his academic pursuits, Russell saw it as a chance to fulfill his dream of associating with the burgeoning frontier. His arrival coincided with the western cattle boom and after a two-year apprenticeship Russell was working as a horse wrangler on the drives. According to Peter Hassrick, "The earliest Montana remembrances of Charlie were of a boy known as a 'Kid Russell,' who, along with being rough and ready, was known to carry art supplies in an old sock and who impressed associates and passersby with his abilities at painting and sculpture" (Charles M. Russell, New York, 1989, p. 21). Years later, friends would recall a young wrangler always sketching scenes of life on the great cattle drives or modeling horses out of wax.

While in Montana, Russell frequently encountered Native Americans whose territories were forcibly receding as a result of the growing cattle business and became friendly with various members of the Blackfeet, Arapaho, Kootenai and Crow tribes. In 1888, Russell spent time living with the Bloods, now known as the Kainai Nation. He made close friendships and hunted with its tribesmen, learning their language, legends, and customs, including the meaning of their symbols and emblems, which he used in his paintings. Russell, who was sympathetic to the fate of Native peoples, had developed a deep understanding of their way of life, which he sought to capture in his work. As noted by art historian Arthur Hoeber, "[Russell] paints the West that has passed from an intimate personal knowledge of it; for he was there in the midst of it all, and he has the tang of its spirit in his blood. He has recorded something of the earlier days in the life of that country, of its people, of their curious ways and occupations, a life that has practically passed" (as quoted in Ibid., p. 101).

By the 1890s, the naive, but wonderfully evocative works of a self-taught amateur had been replaced with oils and watercolors painted with an astonishing level of proficiency. In 1893, Russell to leave the cowboy life behind and purse a full-time career as an artist and illustrator. In later years, the artist continued to focus on Native American culture in his work and made annual trips to Native American festivals, determined to continue to portray their way of life. Russell devoted the rest of his life to documenting scenes of rapidly disappearing Native American cultures and the close of the American Frontier, as well as romantic visions of the West as it was in the days before the arrival of the settlers.