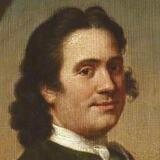 Works by Canaletto at Sotheby's 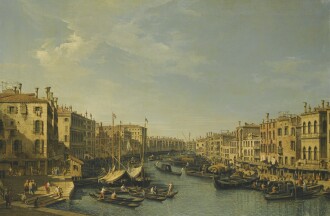 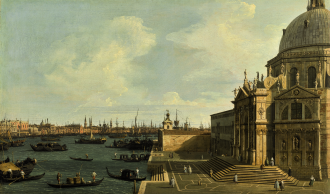 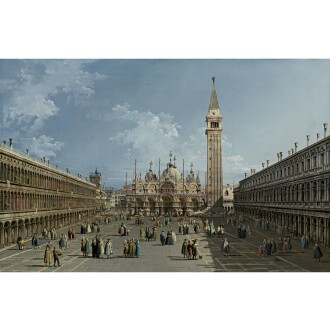 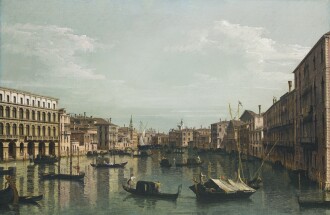 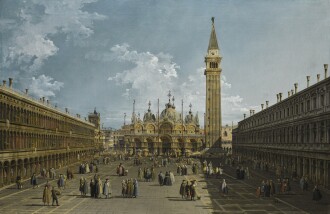 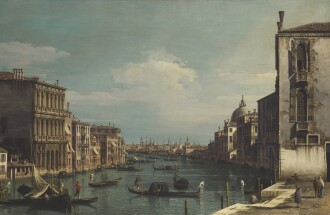 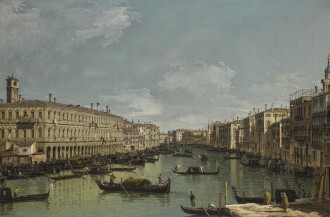 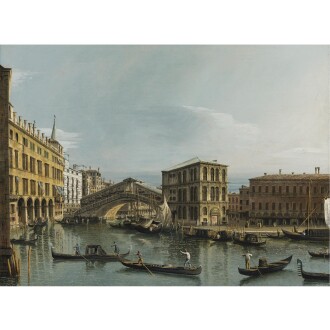 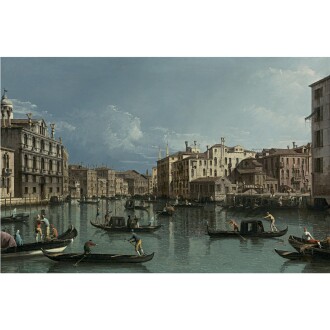 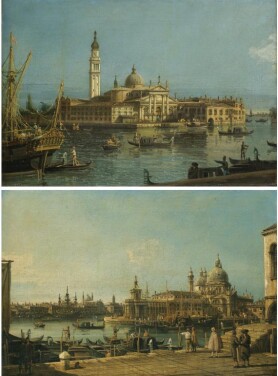 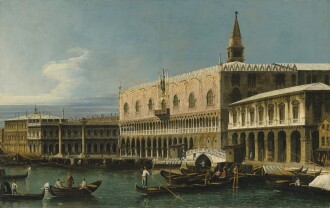 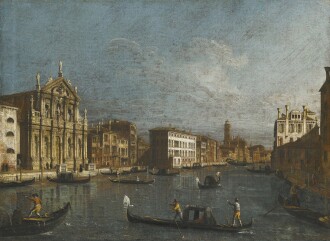 Giovanni Antonio Canal, popularly known as Canaletto, was born in 1697 in Venice, but resided in England for a large portion of his life. His father, Bernardo Canal, was a scene painter, and he trained Canaletto from a young age. His earliest paintings are mostly carefully composed, but freely painted, studies of older artists such as Van Wittel and Luca Carlevaris. He soon realized, however, that paintings of famous sites and vistas, often mass-produced, were popular and easily sold to tourists for better prices than copies of old masterpieces. After this realization, he developed a method of streamlining production, which included hiring and training a number of studio assistants, and selling large numbers of Venetian cityscape paintings to travellers visiting his native city.

His acclaim as a painter among English tourists specifically led to his introduction to the famous collector, and later British consul to Venice, Joseph Smith. This acquaintance resulted in Canaletto ultimately relocating to England. Although his career in England began as promising, the 1741 War of Austrian Succession made travel perilous, and the tourist market decreased significantly. Canaletto’s commercial success fell into steep decline, one that he would never fully recover from. Notwithstanding politically prompted career tribulations, and despite previous failed attempts, the artist was elected to the Venetian Academy in 1765.

Canaletto’s consistent and highly aesthetic style have made him popular amongst eighteenth century collectors and critics, and examples of his work can be found in such prestigious collections as the National Gallery of Art, Washington, DC; the Metropolitan Museum of Art, New York; and the National Gallery, London.

Museums with Works by Canaletto

Type: museum
Museo Nacional Thyssen-Bornemisza
Madrid
Type: museum
Dallas Museum of Art
Dallas, Texas | Texas
Type: museum
National Gallery
London
Type: museum
Norton Simon Museum
Pasadena, California
Type: museum
Detroit Institute of Arts
Detroit, Michigan | Michigan
Type: museum
J. Paul Getty Museum at the Getty Center
Los Angeles, California | California
Type: museum
Ca' Rezzonico
Venice
Type: museum
Lobkowicz Palace
Prague
Type: museum
Birmingham Museum of Art
Birmingham, Alabama | Alabama
Type: museum
Dresdner Zwinger
Dresden
Type: museum
Ashmolean Museum
Oxford
Artist Image: Credit: Paul Fearn / Alamy Stock Photo
Please note that prior performance of the indexes and realized returns contained herein does not guarantee future results. In addition, there is no guarantee that random collections of individual works of art or stocks will yield index returns. We are not financial advisors and we are not in the business of recommending art as an investment. We also have no comparative advantage in forecasting the future direction of the art market. Investment decisions should be based on the risk return tolerance and time horizon of the investor with, if desired, the support of a licensed financial advisor. This information is provided "as is" and with no representations or warranties either express or implied of accuracy, merchantability, fitness for a particular purpose or of any other nature are made with respect to this information or to any expressed views presented in this information.