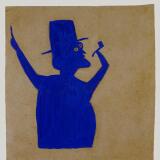 Works by Bill Traylor at Sotheby's 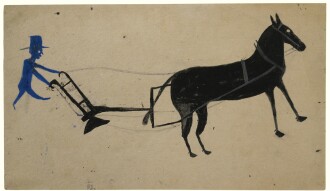 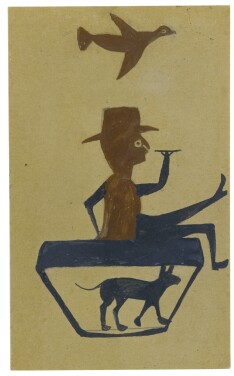 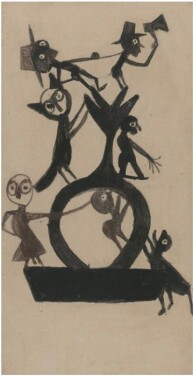 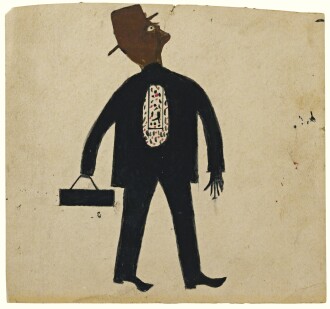 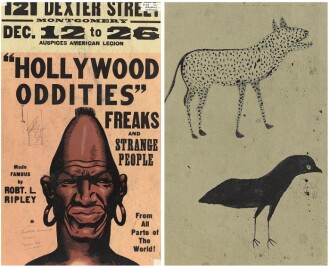 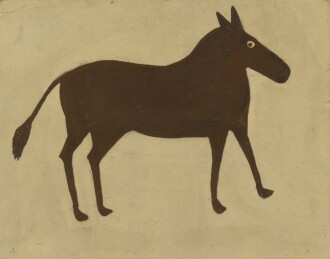 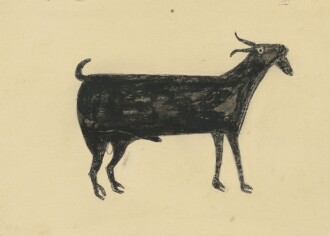 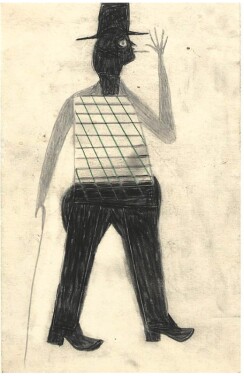 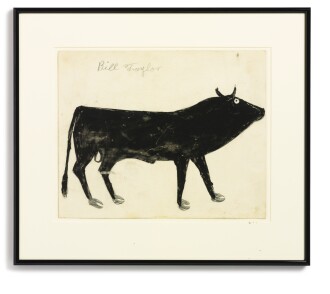 Born into slavery, Bill Traylor spent most of his life as a sharecropper. At the age of 85, rheumatic and homeless on the streets of Montgomery, he began recording his personal struggles and observations with a distinctive visual lexicon of pictographic silhouettes. The 1,500 pieces he produced before his death at the age of 96 comprise an expressive chronicle of life in the Jim Crow south and an oeuvre of transcendent aesthetic allure.

William Traylor was born in April 1853 to slaves on a cotton plantation in Benton, Alabama. By 1909, Traylor was sharecropping in Montgomery County and by 1928, he had left for the capital city of Montgomery. In 1939, camped out on Monroe Street after illness prevented him from continuing his work at a shoe factory, he began drawing and painting. That same year, a friendship developed with Charles Shannon, a twenty-five-year old white painter who was intrigued with the rapid progression of Traylor's untrained craft. Shannon supplied Traylor with poster paints, brushes and paper. In early 1940, Shannon's cultural center New South launched the exhibition Bill Traylor: People's Artist, and two years later, Traylor made his New York debut with a solo show at the Ethical Culture Fieldston School curated by MoMA's director of education. None of the pieces in these exhibitions sold, and Traylor's work did not catch the attention of the broader art world until long after his death on October 23, 1949. In 1982, his work figured prominently in the Corcoran's landmark exhibition Black Folk Art in America, and in 1996 – signaling Traylor's growing relevance beyond the ranks of folk and “Outsider” art – MoMA included his work in A Century of American Drawing. The largest retrospective of Traylor's work to date, Between Worlds, was mounted at the Smithsonian Museum of American Art in 2018.

Today, Traylor's work can be seen in the permanent collections of the High Museum in Atlanta, the Milwaukee Art Museum, and the Whitney Museum of American Art in New York, among numerous institutions nationwide.