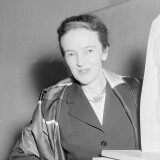 Works by Barbara Hepworth at Sotheby's 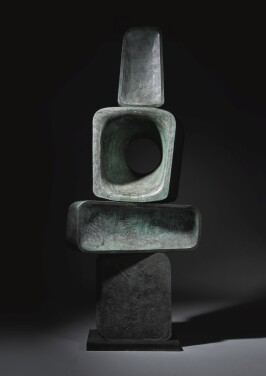 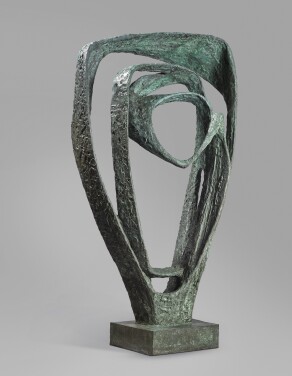 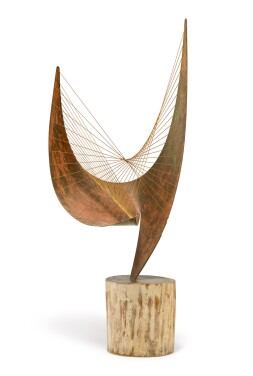 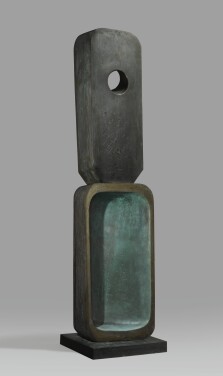 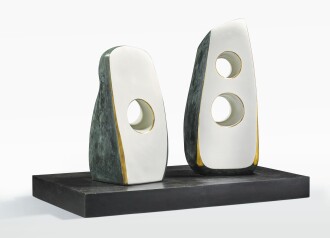 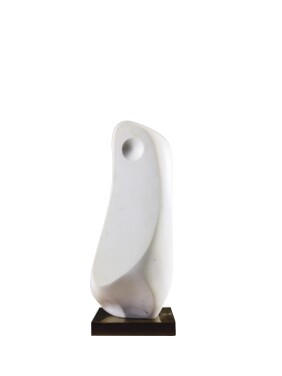 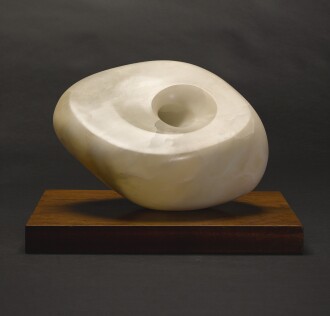 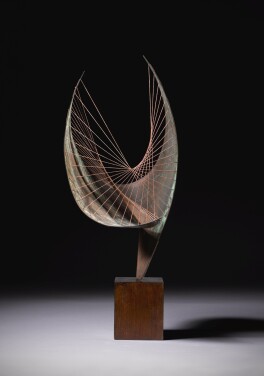 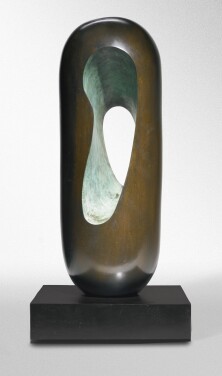 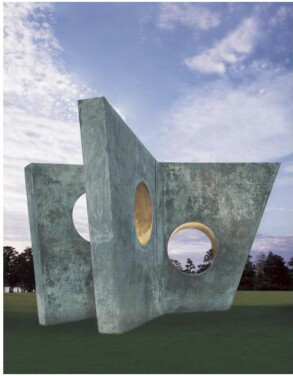 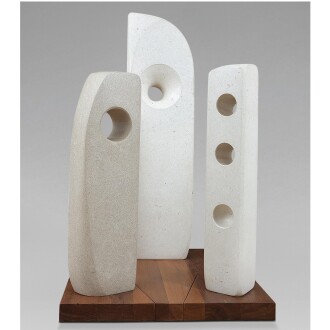 Barbara Hepworth was an English sculptor and artist. Her work exemplifies the Modernist movement, and made her one of the few female artists to gain critical and commercial notoriety in the mid-20th century. During the Second World War, Hepworth lived on St. Ives, where she joined a prominent artist’s colony.

On 10 January 1903, Jocelyn Barbara Hepworth was born in Wakefield, West Riding of Yorkshire. Hepworth won a scholarship to attend Leeds School of Art, and began in 1920. While there, Hepworth befriended fellow sculptor Henry Moore ( throughout their careers, the two maintained a friendly rivalry). In 1921, Hepworth won a scholarship to attend the Royal College of Art (RCA) in London. Following graduation, Hepworth traveled to Italy – there, she exhibited in the Prix-de-Rome and won the second-place prize. The first-place winner was sculptor John Skeaping. Hepworth and Skeaping traveled together in the following years and, in 1925, were married. The couple moved to London in 1926, and divorced in 1931.

In the 1930s, Hepworth became a trailblazer of Modernist sculpture. The artist’s pierced sculpted forms became her signature, and inspired fellow sculptors, including Moore. Throughout much of the 1930s, Hepworth lived and worked with painter Ben Nicholson. Together, the pair traveled throughout Europe to visit with fellow Modernist artists, including spending time with members of the School of Paris.

When war broke out in 1939, Hepworth and Nicholson – now married – departed England for St. Ives. There, Hepworth became part of a thriving artist’s colony, and began working with a wide variety of materials. Her work from this period explores relationships – between mother and child, human and landscape – through the lens of abstraction. St. Ives remained Hepworth’s home until 1975, when the artist died as a result of an accidental fire in her studio.

Hepworth received numerous awards throughout her life, including CBE in 1958 and DBE in 1965. In 1973, Hepworth was named an honorary member of the American Academy of Arts and Letters. Following Hepworth's death, her home on St. Ives became the Barbara Hepworth Museum (overseen by the Tate).