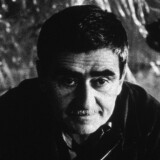 Born 1915. Died 1995.
Interested in selling a work by Alberto Burri?
Get an Estimate

Works by Alberto Burri at Sotheby's 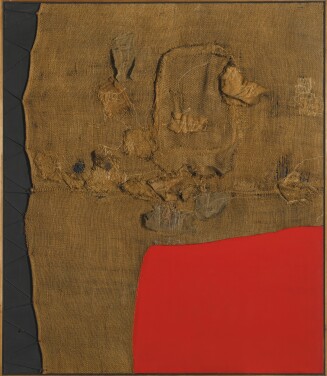 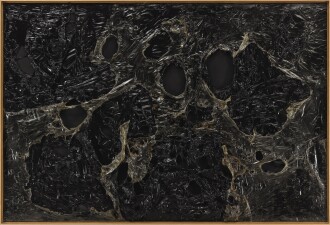 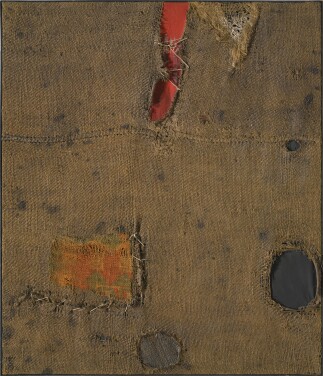 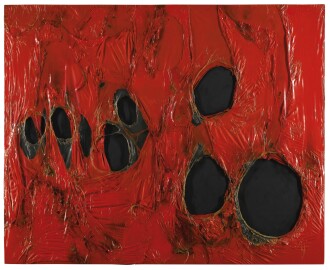 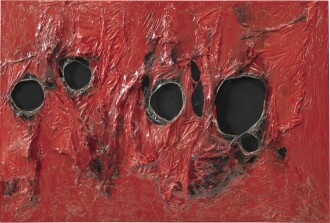 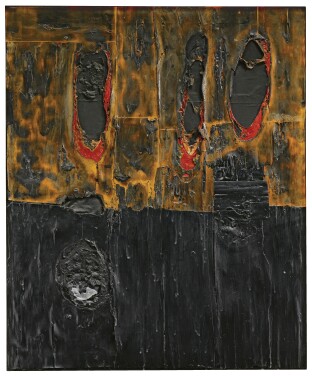 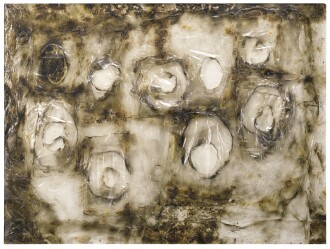 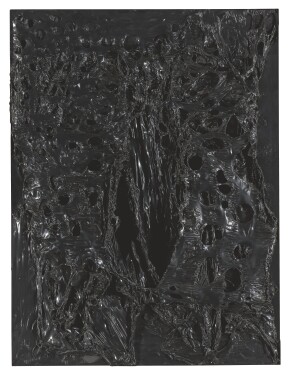 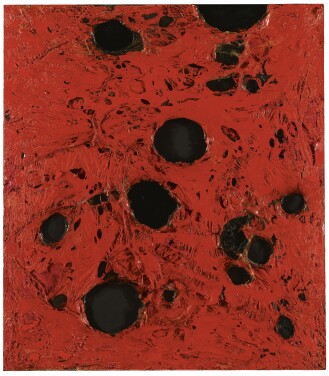 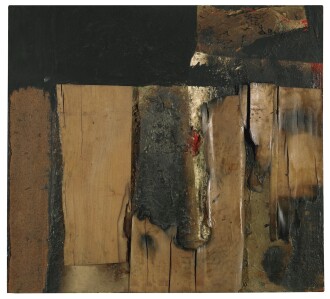 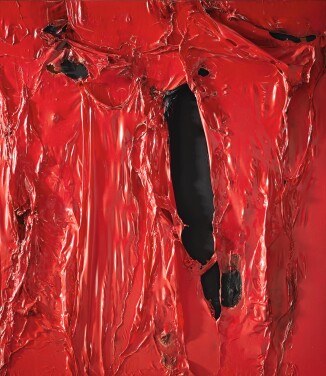 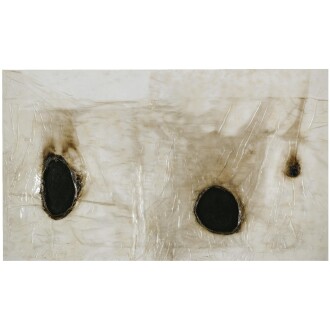 With his use of unconventional materials and daring artistic processes, Alberto Burri has come to be regarded as one of the most seminal and influential artists of the 20th century. His works employing burlap sacks, commonly referred to as sacchi, are perhaps the most recognizable of his oeuvre, and are considered one of the key developments in modern art.

Born in Città di Castello, Italy, in 1915, Burri initially trained as a physician at the Università degli Studi di Perugia, earning his degree in 1940. Following the outbreak of World War II, he served as a frontline soldier, then medic, in the Italian army. His unit was captured in 1943 while deployed in Tunisia, and he was eventually transferred to a prisoner-of-war camp in Hereford, Texas. His internment at the camp would come to indicate the beginning of his artistic career; increasingly disenchanted with both the war and his life as a prisoner, he abandoned medicine and turned his attention towards painting and the crafting of art object from the limited materials he had access to at the time – namely burlap sacks and industrial paint.

Burri was ultimately returned to Italy in 1946, and he quickly established a studio in Rome, and he had his first solo exhibition the following year at the Galleria La Margherita. Shortly thereafter, the artist took a trip to Paris where he found inspiration in the work of Joan Miró and Jean Dubuffet, and, back in Italy, he became acquainted with the work of the Futurists through his exhibitions with the Rome Art Club. All of these influences propelled his further experiments with medium, and he began incorporating unusual materials such as tar, resin and, of course, burlap. His first series of Sacchi (sacks) were completed in the early 1950s, and drew positive critical acclaim. He was subject to his first solo shows in the United States in 1953, at both the Allan Frumpkin Gallery in Chicago, and the Stable Gallery in New York.

Throughout the rest of his career, Burri enjoyed continued success – a much-praised mid-career retrospective at the Carnegie Museum of Art in Pittsburgh added to his merit – allowing him the freedom to continue experimenting with new materials (including burned wood, polyethylene and metal), and alternative modes such as land art. Burri died in Nice, France, in 1995, but interest in his work has been maintained through several retrospectives in Europe and the United States; perhaps most notably, he was the subject of a major show at the Solomon R. Guggenheim Museum, New York, in 2015–16.