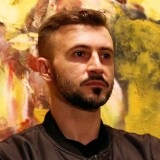 Works by Adrian Ghenie at Sotheby's 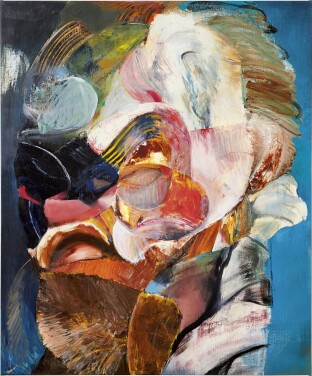 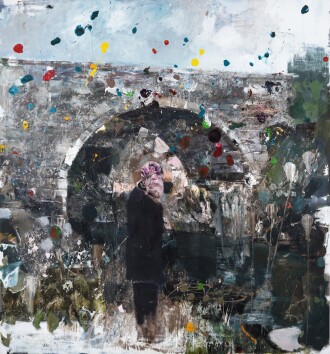 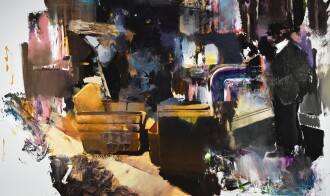 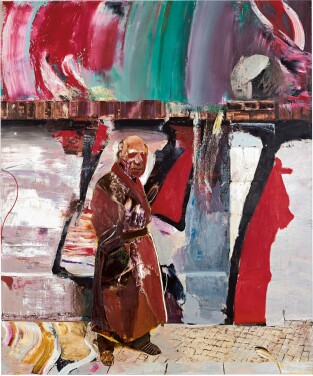 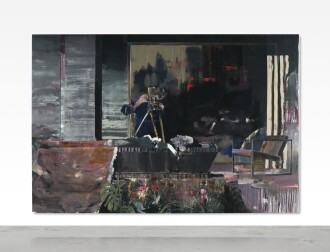 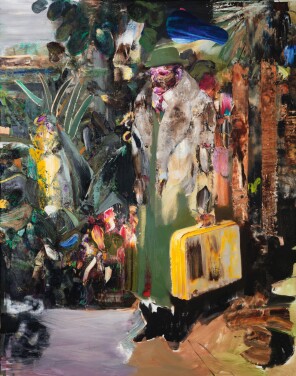 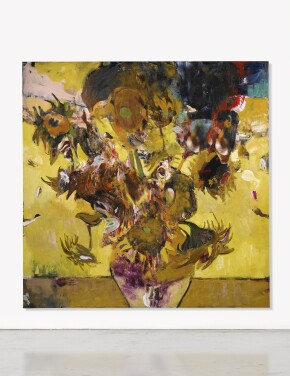 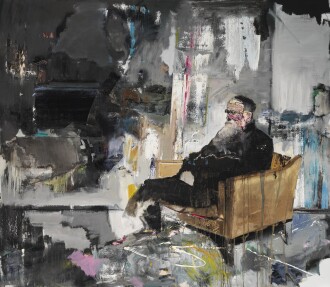 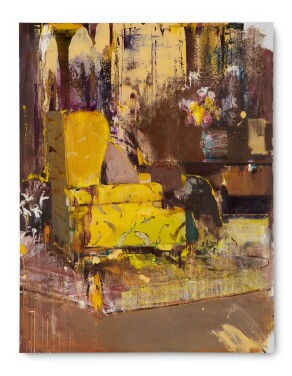 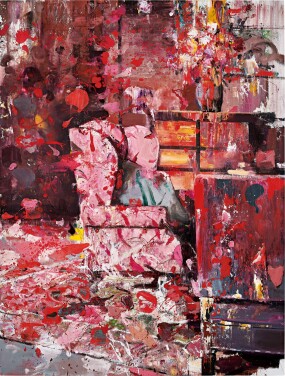 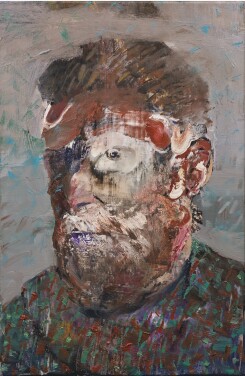 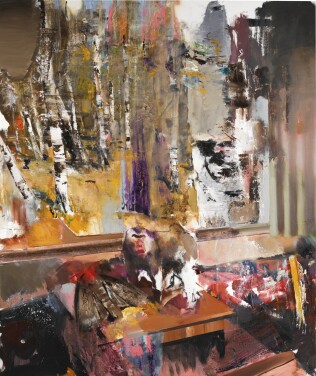 Romanian artist Adrian Ghenie creates sumptuous, large-scale paintings that examine the brutality of recent history’s darkest moments. Born in Baia Mare in 1977, Ghenie studied at the University of Art and Design in Cluj Napoca before settling in Berlin in 2013. Using unconventional tools and methods, Ghenie blurs his imagery with knives and pencils. He often turns to infamous figures of the 20th century – from within his home region as well as from around the world – who have engaged in or committed genocide, torture, mass murder and caused widespread suffering. His blurred, scorched, and obscured depictions of Stalin, Hitler, Mengele and Ceausescu seem to synthesize these sinister figures within art historical, political and personal memory. Demand for his paintings has skyrocketed in recent years. Ghenie’s Sunflowers of 1937, a reinterpretation of Van Gogh’s work, sold at Sotheby’s for $4.5 million, more than five times its high estimate. His work continues to engage the same rigor and seriousness, and the top collectors have sustained the record prices for his paintings.

Over the last dozen years, Ghenie has risen to international stardom, as his works appear in major exhibitions and museums with ever-increasing frequency. His paintings are included in the collections of the Centre Pompidou, the Museum of Contemporary Art in Los Angeles, the Museums of Modern Art in New York and Antwerp, and many other institutions around the world.

Museums with Works by Adrian Ghenie