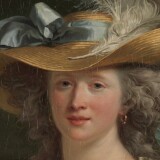 Works by Adélaïde Labille-Guiard at Sotheby's 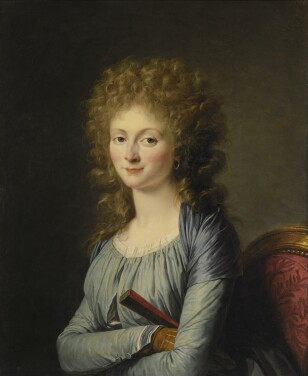 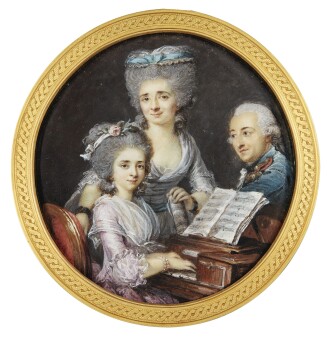 During the 18th century, the number of women admitted to France’s prestigious Académie Royale de Peinture et de Sculpture was limited. The few that were accepted were prohibited from taking life-drawing classes, considered foundational to the education of their male peers. Notwithstanding significant limitations , Adélaïde Labille-Guiard was able to hone her own path to become not only a successful portraitist, but also a mentor to other women artists.

Labille-Guiard began her training with a miniaturist and joined the Paris guild the Académie de Saint-Luc in 1769. Studying with Maurice Quentin de La Tour (1704–1788) she developed a practice in pastels, and then oil paintings while working in the studio of her childhood friend François André Vincent (1746–1816). In 1783, she was admitted to the Académie Royale, and exhibited several of her pastels at the annual Salon. That same year, Élisabeth Louise Vigée Le Brun (1755- 1842), who would soon become her aritistic rival, was also admitted to the Académie Royale. While Vigée became painter to the queen, Labille-Guiard became painter to Mesdames, the aunts of King Louis XVI in 1787. It was with this title, along with the numerous contacts she made in the artistic and society circles of the time, that the talented portraitist received commissions from many members of the nobility.

During the Revolution, Labille-Guiard would remain in her native France, redefining herself as an artist of the new Republic, while others, such as Vigée fled or were forced into exile. Aside from exhibiting portraits of Robespierre and other defining leaders of the Revolution in 1791, Labille-Guiard developed her reputation as a teacher of young women artists, and even proposed a new system for educating girls. Although she survived the Revolution and the Terror, several of her paintings were destroyed and her popularity diminished.

Of her paintings that survive, Self-Portrait with Two Pupils, Marie Gabrielle Capet (1761–1818) and Marie Marguerite Carreaux de Rosemond (died 1788) in The Metropolitan Museum of Art, New York, is among her finest. The portrait portrays her as a capable instructor to two pupils. The composition’s rich palette, complex design, and exquisite detail are admirable. Beyond this, the portrait serves a higher purpose – defending the inclusion of female artists in the academy.

Museums with Works by Adélaïde Labille-Guiard