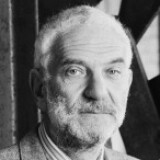 Works by Anthony Caro at Sotheby's 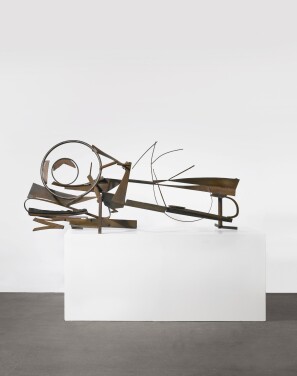 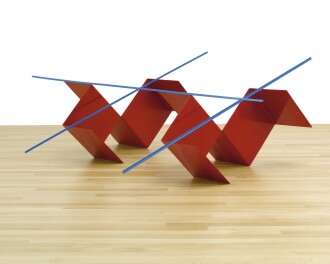 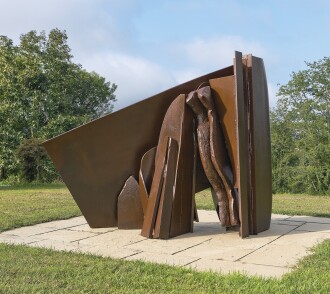 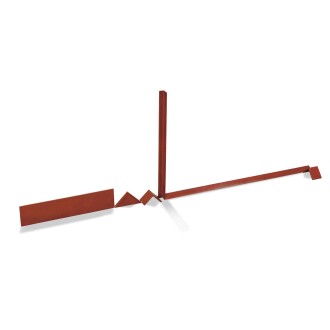 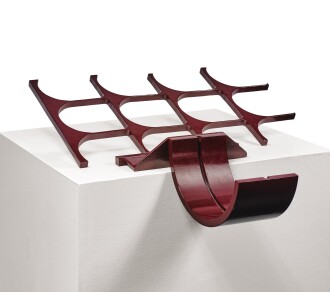 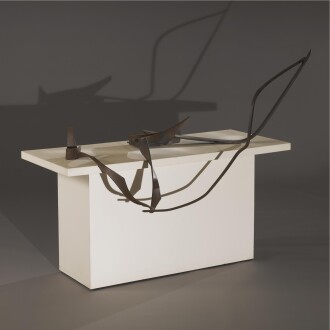 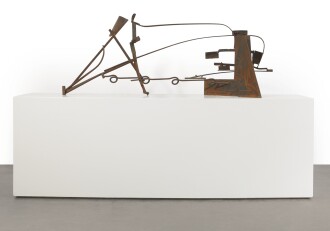 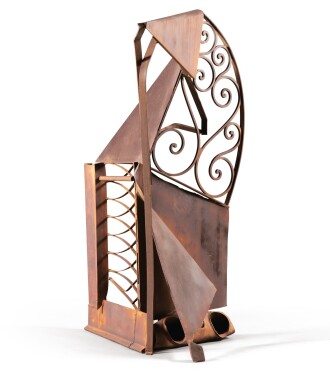 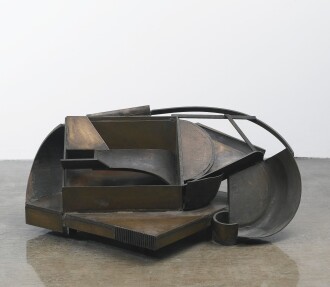 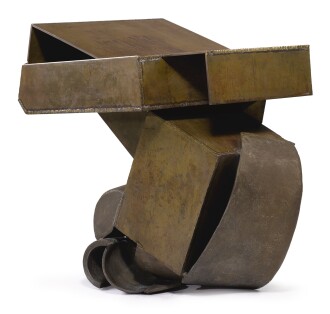 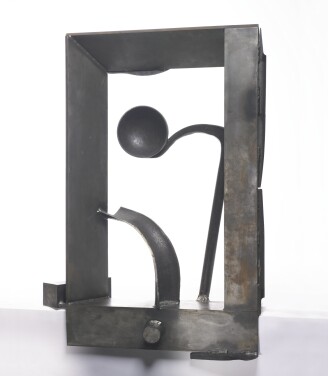 Sir Anthony Caro's monumental, yet seemingly organic constructions of wood and steel – placed directly on the gallery floor, in defiance of centuries-old curatorial convention – provoked a novel relationship between object, space and spectator, generating a new lexicon of modernist sculpture.

Anthony Alfred Caro was born on March 8, 1924 into a Jewish family in New Malden, England. During holidays as a child, he studied at the Farnham School of Art; later, he earned a degree in engineering at Cambridge. Following a stint in the Royal Navy, he further pursued his study of sculpture at the Regent Street Polytechnic and the Royal Academy of Schools. In the 1950s, he served as an assistant to celebrated British sculptor Henry Moore and in the early 1960s became acquainted with David Smith. He then quit his figurative work and began welding together I-beams, mesh and other pieces of found metal. His mature work subtly reintroduced figurative elements into his abstract compositions; after visiting Greece in the mid-1980s, he began a series of narrative installations that synthesized classical forms within an emphatically modernist context. In 1987, Caro was knighted and collaborated with Frank Gehry on a wooden “sculpture-village” with enterable rooms. In the 2011, the Metropolitan Museum of Art in New York installed five massive works by Caro on their rooftop. In addition to his exhibited work – his first solo show was at the Galleria del Naviglio in Milan in 1956, and his last was at the 2013 Venice Biennale – Caro is remembered for his dedicated and influential teaching career at Saint Martin's School of Art in London. Upon his death on October 23, 2013, the officers of the Royal Academy of Arts hailed him as one of the century's greatest sculptors.

Caro's pieces can be found in the permanent collections of the Museum of Modern Art in New York, the Museum of Fine Arts Houston and the Museo Nacional Centro de Arte Reina Sofía in Madrid.