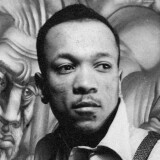 Works by Charles White at Sotheby's 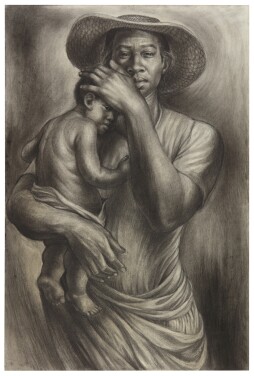 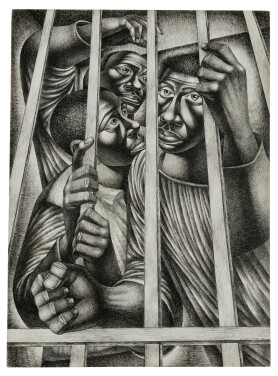 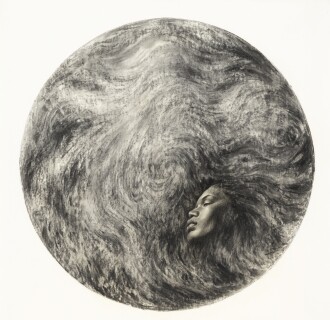 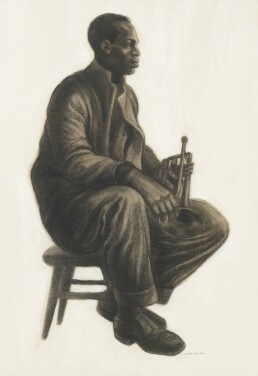 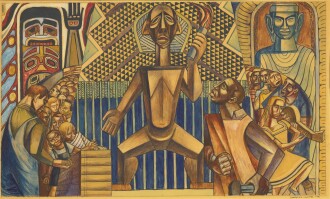 Charles White is best known today for his incisive, often searing portrayals of the African-American experience throughout history.

White was born on the South Side of Chicago in 1918; his mother was a domestic worker, while his father was a construction and railroad worker. White’s formal art education began in the seventh grade when he won a scholarship to attend weekend classes at the art Institute of Chicago. Though White did not graduate high school, his art teachers encouraged him to apply to art schools. After having offers of admission revoked from two institutes on account of his race, the School of the Art Institute of Chicago offered White a full scholarship to attend.

After moving to New York in 1942, White turned his attention away from painting to focus on drawing. He taught at the George Washington Carver School from 1943 to 1945, and completed a residency at Howard University in Washington, D.C., in 1954. White developed a highly exacting style of execution and a meticulous eye for draftsmanship, and his work became increasingly rooted in the social causes of the day, particularly the burgeoning Civil Rights movement. In 1965, White began to teach at the Otis Art Institute in Los Angeles (now Otis College of Art and Design), cementing his role as artist, educator, mentor and activist within the cultural and political scene of the time.

As a supremely talented artist, social historian and teacher to some of today’s best-known artists, including Kerry James Marshall and David Hammons, it’s difficult to understate White’s contribution to the course of 20th-century art history cannot be understated.
While White’s signature large-scale drawings are most well-known, he was also an immensely skilled printmaker, easel and mural painter. As the artists of his time decidedly moved towards abstraction, White remained committed throughout his career to the expressive figurative style. His idiosyncratic interpretation of beauty carried forth his dedicated efforts toward social change.

Charles White died of heart failure in 1979 in Los Angeles. In 1983, he was the subject of a retrospective held at the Studio Museum in Harlem, New York, which traveled to various University museums across the United States. Most recently, the Museum of Modern Art in New York held a critically-acclaimed retrospective of White’s work, a testament proving his legacy as an artist and his cause as a relentless activist, educator and feminist to be both timely and universally resonant. The artist’s retrospective traveled to the Art Institute of Chicago, the Museum of Modern Art in New York and the Los Angeles County Museum of Art.
Major works by White can be found in the permanent collections of the Los Angeles County Museum of Art, the Metropolitan Museum of Art, the Whitney Museum of American Art, the Newark Museum, the Harvard Art Museums and the Santa Barbara Museum of Art.