Three of a Kind: Musical Manuscripts

This hitherto lost manuscript is like an attractive musical “jewel”, elegantly notated on small but very high-quality paper. It contains a lively song from Brahms’s maturity, composed when he was forty-four, which has been in the concert repertory of many singers, most notably the celebrated baritone Dietrich Fischer-Dieskau (1925-2012). It is a charming and tuneful song to the words “How lovely to live in the springtime”, with a rhythmically and inventive piano accompaniment. This manuscript remained in a private collection for many years and was inaccessible to Brahms scholars; consequently it differs slightly from the published editions, which were set up without recourse to it. These divergences can be observed at the beginning of both the second and third verses, including “A horseman rides along the river” (with the galloping horse depicted in the piano part). This elegant manuscript was presented by Brahms to one of the greatest of nineteenth-century baritone singers, Julius Stockhausen (1826-1907), signed and inscribed (“Happy Easter Monday 1877, JBr”).

This is the unknown autograph manuscript of the song Les Présents, composed in 1887. Compared with the Brahms manuscript, it was written on relatively cheap paper and later used and marked up by the engravers of the first edition. A later autograph of this song, transposed down a tone, has since been lost, making this the primary source. Fauré gave this manuscript to the British composer Adela Maddison (1862-1929), within whose family it has remained ever since, unknown to scholars. Robert Orledge has declared that the young Adela was almost certainly one of the great loves of Fauré's life, living for a while in Paris as his pupil and friend. Autograph music by Fauré is rare at auction. Even the first edition of Les Présents, engraved from this model, is rare: we have traced only two copies in research libraries.

This manuscript is quite mysterious, containing hitherto unknown or unattributed pieces. Gaetano Guadagni (1728-1792) was one of the greatest of the Italian operatic castrato singers, young men who had been operated upon to allow them to sing soprano roles. He is most famous for being the first performer of “Che farò” (“What is Life?”) from Gluck’s Orfeo and for the arias written for him by Handel in Messiah, but it is known that he also composed music himself. Guadagni is not named in any of the pieces in this leather-bound volume from the era, but the gilt lettering on the cover declares them to be his. The music has been compiled by a scribe not Guadagni himself, explaining the modest estimate, and contains over twenty songs and duets, only one of which was already known to be by him, the others being either unrecorded or anonymous. 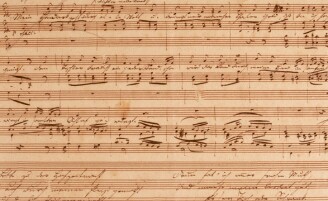 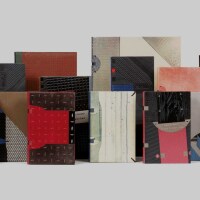 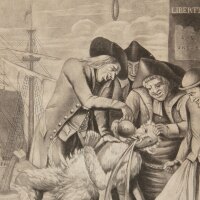 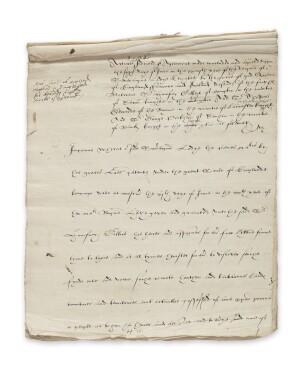