The Stuff of Dreams

T o paraphrase Shakespeare, this is a collection of wine on which dreams can be made.   The reality of drinking these wines would be even better.   It is with enormous pleasure that we bring you this remarkable array of some of the world’s most desirable wines, gathered and perfectly stored by the owner of a great restaurant known to connoisseurs from many countries.   This is part of a collection that has been amassed and enjoyed, while growing ever more important, and now a scintillating proportion of the cellar is coming to where you are!

A collection such as this could only have been chosen by a restaurateur who is himself a knowledgeable and genuine wine lover, alert to those producers who, quite simply, own the greatest vineyards and make the best wines.   One feels the love behind the choice of both winemakers and regions and this is why one miraculous name succeeds another, almost to the limits of imagination. When this is allied to condition and provenance, a state of nirvana can be declared.

The glittering stand-out of this collection is Burgundy, both red and white, with a preponderance of Grands Crus – well, it also includes divine honorary Grands Crus, such as Rousseau’s Clos St.Jacques and de Vogüé’s Les Amoureuses.  I am writing this at a serendipitous moment, in the after-glow of drinking the great Rousseau Clos de la Roche 1996.   Although this vintage is not in the sale, there is a precision and purity, not to mention an enthralling character, in the wines from this glorious domain that will be familiar to all who know them. If this experience is still in your future, you have much to look forward to. Then, of course, there are the vertiginous verticals and heavenly horizontals from the Domaine de la Romanée Conti, a true portrait of brilliance. Here, again, I have recently been lucky, with a gorgeous bottle of Grands Echézeaux 1985 prised by my husband from the depths of our cellar for my birthday.   You may wish to drink your DRCs a little younger and, personally, I offer myself as a drinking companion to anyone who shares a bottle from this domain, at any stage of its maturity.   One of the glories of the Pinot Noir in this blessed small area of France is that it has the potential to stop you in your tracks whether young, middle aged, or venerable.

The white Burgundy is a roll call of talent, from Coche Dury to Roulot, DRC to Henri Boillot, Pierre Yves Colin Morey and Thomas Morey, a thicket of Burgundian revered families.

A very exciting aspect of this sale are the pillars of Italian winemaking genius from both Piedmont and Tuscany, majoring on Gaja, Masseto, Ornellaia, Sassicaia and Solaia.   And the proverbial icing on the cake here is the thrilling range of bottle sizes, including some really grand formats. I always feel that there is something particularly Italian about eye-catching large bottles, as Italians are extremely hospitable and love eating and entertaining in numbers, so a show-stopping giant bottle can go round the table with ease. And, of course, we all know that wines age in an especially beautiful way when there is a certain ‘mass’ of quantity.

Bordeaux is particularly represented by Lafite and Lafleur and one cannot do much better than that. Then there are the stars of Spain, Vega Sicilia, Pingus and L’Ermita, the Southern Rhônes of Henri Bonneau and Château Rayas, J J Prüm’s mouthwatering Auslese wines, Australia’s Grange and, to kick off the celebration, Champagne from iconic Jacques Selosse and Krug.

Serena Sutcliffe, M.W. is the Honorary Chairman of Sotheby's Wine. 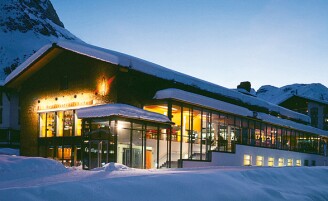