The Journey to Build a Legendary Collection of Air Force 1s

We spoke with Puneet Singh, co-founder of the exclusive footwear reseller Locker Room Kicks, for an inside look at the rarest and most intriguing pairs from his personally consigned collection.

I n 1982, Nike introduced one of its most iconic designs: the Air Force 1. The first basketball shoe to feature Nike Air cushioning, it was originally released as a high top; the perennially popular low-cut silhouette would hit retail the following year. Enthusiastically embraced in major cities, from Baltimore to D.C. to New York, the AF1 attained something of a cult status before being discontinued in 1984. Thanks to its devoted fan base – and the ingenuity of a group of Baltimore retailers who teamed up with Nike to release exclusive styles through a pioneering “Color of the Month” program – the shoe was reintroduced in 1986. Since then, the classic sneaker has been continually reimagined: in different cuts and colorways, with new materials and design flourishes, and in numerous collaborations and sought-after limited runs. Ubiquitous on the feet of athletes, musicians, celebrities and tastemakers around the world, it is no wonder that the AF1 remains one of the bestselling shoes of all time.

Puneet Singh, an entrepreneur and avid Air Force 1 collector, is consigning a significant portion of his personal sneaker collection with Sotheby’s. Featuring more than 100 styles (which will be released in small groups), the drop includes some of the rarest and most coveted editions of the quintessential sneaker: AF1 Lows made exclusively for 10-time NBA All-Star Carmelo Anthony; a pair of privately released white on whites made in celebration of JAY-Z’s 40/40 Club in New York; and LeBron James’ “Four Horsemen” design, created to honor the basketball legend, to name a few. As Singh’s collection arrives at Sotheby’s, he spoke to us about his favorite pairs and how he translated his passion for Air Force 1s into a business.

How does the Air Force 1 compare to the rest of the sneakers that Nike puts out, and why is it so special?

First introduced in 1982, Air Force 1s became popular before Air Jordans were introduced. Nike did a huge campaign, they hired or they tried to acquire athletes, and it was a shoe that they really pushed hard to make popular by creating a couple of samples, and using different colors for various players. It’s an easy-to-wear shoe, but today you won’t see anybody wearing it for athletics – it’s more of a fashion statement. The shoe is cool because it’s relatable to almost anybody, everybody.

How did you first start collecting Air Force 1s?

I’ve been collecting for almost 20 years now. I was raised in New York, so the only thing people wore were Retro Jordans or Air Force 1s. Growing up, I always wanted a fresh pair of white on whites and the latest Retros that were coming out. Sneakers didn’t drop as often as they do today, so to get them was much easier. I really started collecting the summer after I graduated from middle school, once I was legally allowed to work. Of course, like any other thirteen-year-old, I would just spend all my money and have nothing left over. At that point I discovered eBay, where I could sell my old shoes and get some money to put towards a new pair. Whilst on eBay, I discovered this whole new resell market, so I thought to myself — "I could do this" — buy two or three pairs, make some margins and drastically bring the cost of my own pair down. 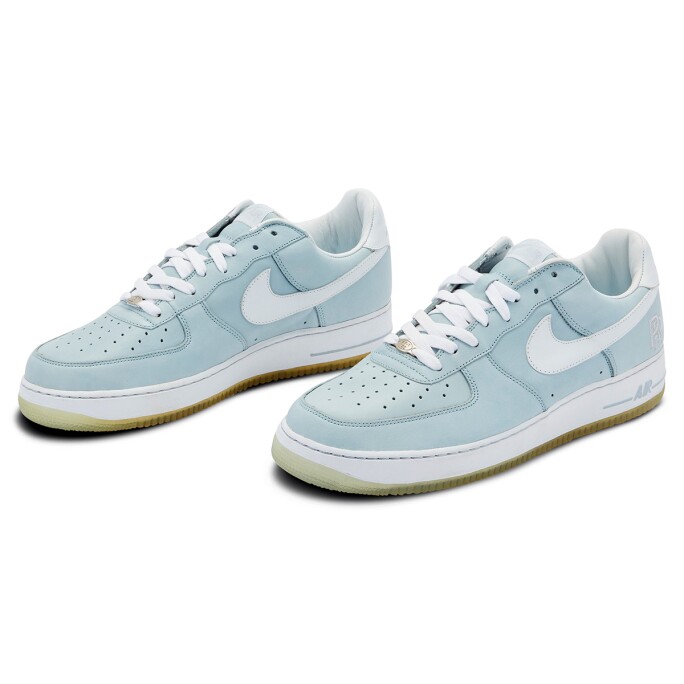 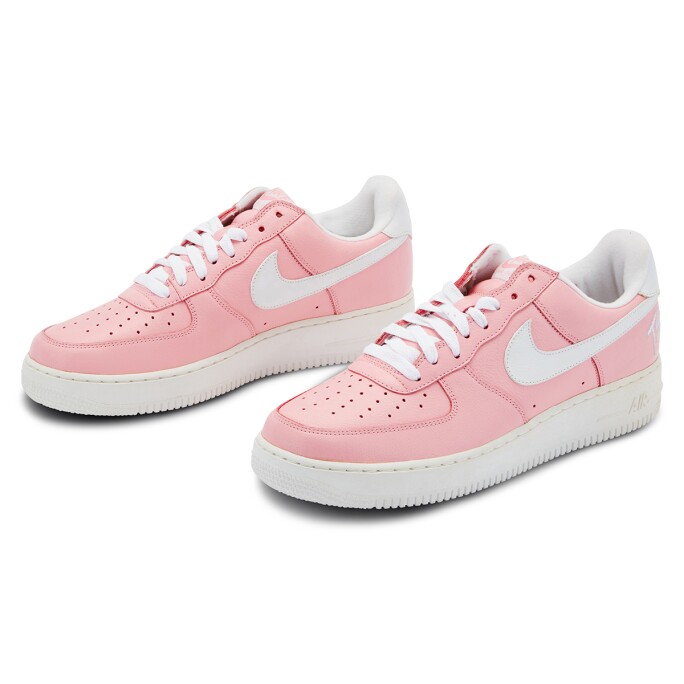 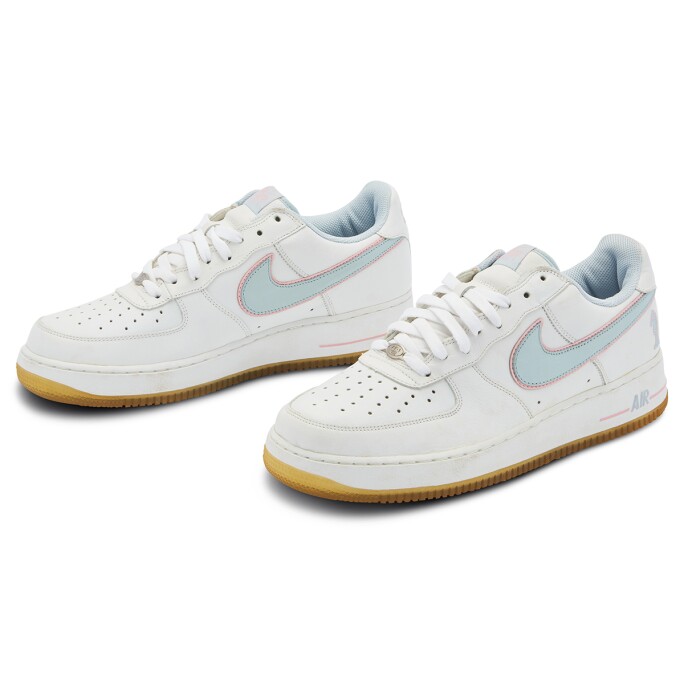 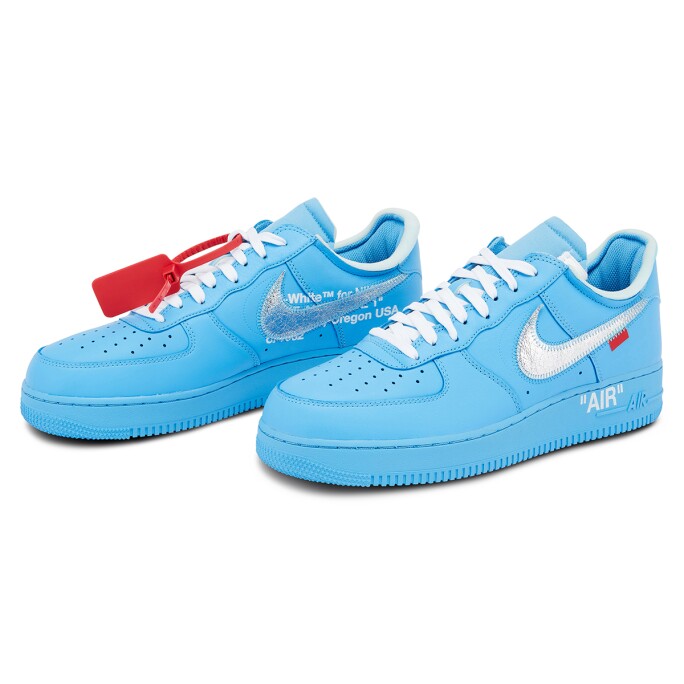 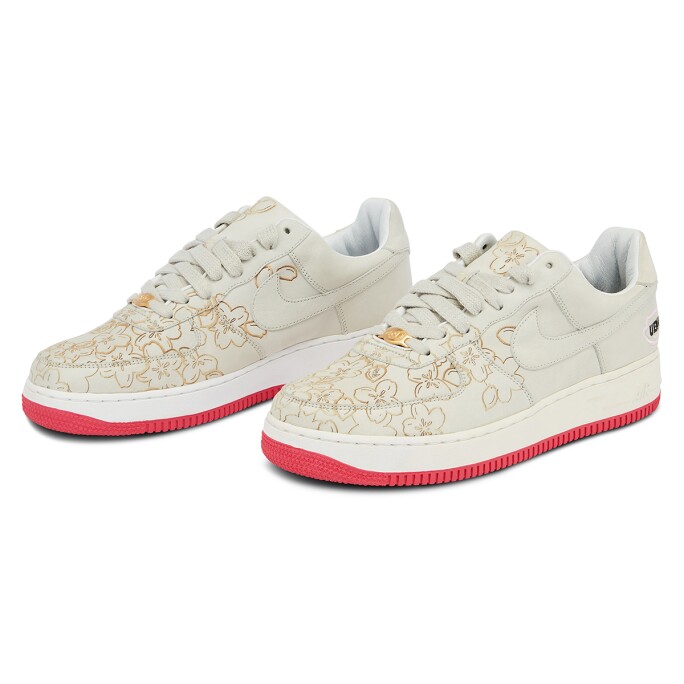 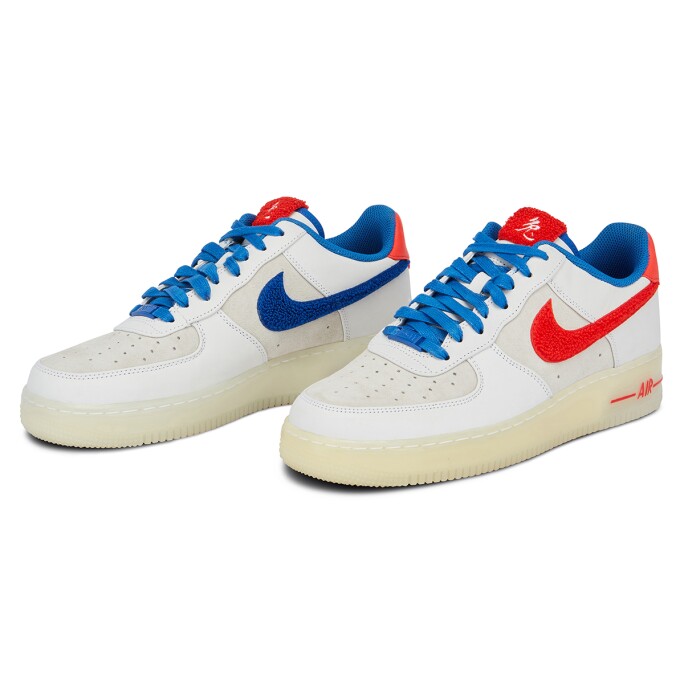 How has the collection evolved?

A couple years ago, I started trimming down my collection a little bit, selling miscellaneous Jordans and cleats. A friend of mine, Paul Givelekian, was doing the same thing. We decided to collaborate and sell through my existing channel, Locker Room Kicks. We ended up creating an Air Force 1 market where we would highlight certain shoes, their historical value, rarity, significance and overall just "story tell" a little to give some context and meaning to potential buyers.

How many pairs of sneakers do you have in your collection? We’ve been told it’s 6,000.

Do you wear the shoes that you buy? How does that work, when you have such a large collection?

I do, quite often. Anything that’s my size, at some point I’ll want to wear it and do wear it. But sneakers are also like art, to me at least — certain shoes just cannot touch the concrete.

There are some pretty amazing pairs here. Are there any that you can tell us about, and explain why they’re important, such as the Scarr’s Pizza pair?

Scarr’s Pizza is a very odd collaboration between Nike and a Manhattan pizza restaurant. DJ Clark Kent had a relationship with the shop owner and Nike, and pulled his strings to bring the two together — and voilà! You don’t really see oddball collaborations like this that often, which makes this pair interesting and rare – usually it’s mostly artists, musicians or notable people in the industry who collaborate.

What other pairs have an interesting story?

The Carmelo Anthony Rolls Royce pair. Back in 2005, when Carmelo, LeBron and all those guys came into the League, they got their respective Nike and Jordan contracts. In 2004–5, Air Force 1s were really big. The guys working on Air Force 1s had the freedom to do whatever, for whoever – they were making shoes for athletes, musicians, singers, rappers – you name it. At that time, Carmelo had just bought his first Rolls Royce, and they made that Rolls Royce pair to match the color of his new car as a surprise gift. On the back of the shoe you will notice the area code “410” – that’s the Baltimore area code. That shoe matches Carmelo’s personal size. He wears a 15 now, but that’s a size 14 – a lot of players wear bigger sizes on the court than they do off the court because they tape their ankles and feet.

Can you pick out a LeBron pair that you find interesting?

There’s a pair called the “Four Horsemen.” LeBron had an old group of friends from school, four close friends who called themselves the Four Horsemen. When Nike was on their AF1 spree in the mid-2000s, they made King James a ton of colorways as well. So LeBron decided to thank these friends by having special AF1s that would be created just for him and the three other Horsemen: Maverick Carter, Randy Mims and Rich Paul. All four of them had the same exact Air Force 1s with their initials on the heel. They were only made for those four men, and their friends and family – somewhere between five to eight, at most, were made of each color, in their sizes. Just being able to find one of those is quite a mission, especially today.

What about the “Puerto Rico” collection?

Those pairs are pretty cool – to see Nike connect with different cultures and grow themselves across the world. They started making Puerto Rico Air Force 1s in 2000, after sampling them in 1999. The collection for Sotheby’s has both the samples and release models. Samples are going to have very small differences that didn’t make it into the release models – you will see a little swoosh or a different color. It was cool to see Nike start doing that with Puerto Rico. The program took so much motivation, and people loved it, so they introduced a collection for the “West Indies.” For the Puerto Rico Forces, they produced a new colorway every year for seven years straight, took a pause for three years – and when they brought it back, it sold out again. Now they do it every now and then.

Do you have a rough idea of how many pairs of the 40/40 were created?

With shoes like that, I don’t want to throw a concrete number out there; I would just say “only made for friends and family,” because that’s not a fact that Nike really shares with anybody unless you get an insider scoop. 24-48 pairs, at the max, are always made.