S otheby's Americana Week, from 16 – 27 January, is a celebration of artists, artisans, authors and political leaders whose work defines the American story. The collection of manuscripts, letters and objects from the hands of American presidents poignantly embodies the spirit of Americana, not to mention the appeal this category holds for collectors. Here, we help you explore America's story through its presidents, presented by objects of great historical value.

"T o the Citizens of New York who have returned from Exile," begins this letter from George Washington, dated 27 November 1783. Washington wrote this letter in response to a message of gratitude he had received from the people of New York, many of whom were forced into exile during Britian's occupation of the city.

This gracious 'welcome home' message from the Commander of the Continental Army to the good people of Manhattan is broad and inclusive, written in a modest tone and including generous acknowledgments of colonists who'd made very real sacrifices to gain independence.

"May the Tranquility of your City be perpetual. May the Ruins soon be repaired, Commerce flourish, Science be fostered; And all the civil and social Virtues be cherished, in the same illustrious Manner, which formerly reflected so much Credit on the Inhabitants of New York." 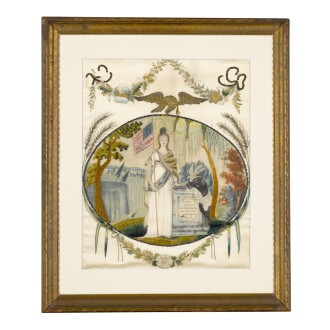 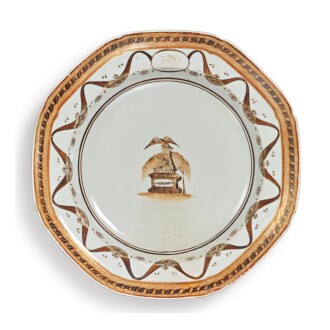 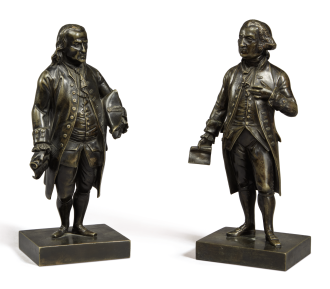 I n May 1792, John Adams – then the Vice President – wrote this letter to Tench Coxe, a political economist who served as a delegate for Pennsylvania for the Continental Congress. Adams's chief purpose in the letter is to discuss the importance of industrialism in the new American nation, but that doesn't mean this manuscript is devoid of humor. In his introduction, Adams makes a joke about his new address in Massachusetts:

"The first Thing I have to communicate to you, must be an Explanation of the Date of my Letter. The Legislature of Massachusetts, last Winter, upon a Petition of the North Parish in Braintree, Seperated it from the rest of the Town, erected it into a new one and gave it the Name of Quincy. By this Measure you See they have deprived me of my Title of 'Duke of Braintree,' and made it necessary that my Friends should write me in future, as an Inhabitant of Quincy. So much for this Brimborion." 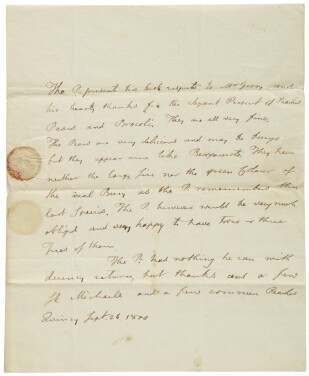 T his printed document, signed by then Secretary of State Thomas Jefferson, signifies the foundation of the United States Post Office. Jefferson signed this as an act of the First Congress. While the United States Post Office was created in 1789, the government had yet to decide on a permanent infrastructure at the time of this document's signing. But Congress sought to maintain control over the early postal routes – first with the session act referenced here, and later with the act of 20 February 1792.

"And be it further enacted, That the postmaster-general shall be, and is hereby authorized to extend the carrying the mail from Albany, in the state of New-York, to Bennington in the state of Vermont."

T his printed document, signed by then Secretary of State James Monroe, was issued eights days after the declaration of war in 1812. It details Presidential instructions that must be given to each privateer concerning the "better governing and directing the conduct of vessels, ... their officers and crews."

C ompleted circa 1832, this portrait of Andrew Jackson is a remarkable work from American folk artist Edward Hicks (1780 – 1849). Today, artworks by Hicks hang in the American Folk Art Museum and the Metropolitan Museum of Art, both in New York, the National Gallery of Art, Washington, DC and the Philadelphia Museum of Art – among other institutions.

T his is a first edition of the book by B.L. Rayner, entitled Sketches of the Life, Writings, and Opinions of Thomas Jefferson..., published in 1832. This important copy is inscribed and signed by Martin Van Buren (as 8th president): "Presented to Mr. & Mrs. | C. O’Neil by | M. Van Buren | October 30th 1838".

W hen Abraham Lincoln wrote this letter to Joshua Reed Giddings on 21 May 1860, he had just learned by telegraph that he had been nominated for President by the Republican Party Convention in Chicago. Giddings, a retired Congressman from Ohio, had written Lincoln with his congratulations, and a few words of advice – chiefly, that Lincoln should avoid falling under obligation to anyone. Here Lincoln responds to Giddings, expressing some doubts at the task he now faces:

"My good friend. Your very kind and acceptable letter of the 19th. was duly handed me by Mr. Tuck. It is indeed, most grateful to my feelings, that the responsible position assigned me, comes without conditions, save only such honorable ones as are fairly implied. I am not wanting in the purpose, though I may fail in the strength, to maintain my freedom from bad influences. Your letter comes to my aid in this point, most opportunely. May the Almighty grant that the cause of truth, justice, and humanity, shall in no wise suffer at my hands." 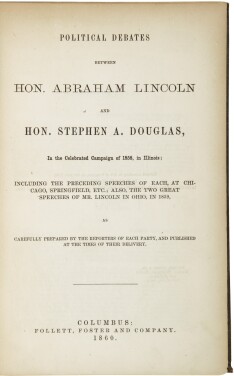 T his trove of correspondence and other materials, amassed over more than two decades, charts the course of Dwight D. Eisenhower's career, ambitions and personal projects – not to mention his friendship with his former military assistant, Sir James Gault. A British Brigadier, Gault served as an assistant to General Eisenhower in the United Kingdom during the Second World War. This collection of correspondence between the two men offers insights into Eisenhower's politics, hobbies (painting) and home (the President's apartment at Culzean Castle). There are also numerous short notes from Eisenhower to Gault, wishing him a happy birthday or offering thanks. One illuminating letter reads:

"The papers have just announced that our old friend Harold Macmillan is to be the new Prime Minister. I suppose if anyone had told the two of us in Algiers in '43 that one day he was to be Prime Minister of Britain and I the President of this country, we would have thought such a prophet to be completely mad. The wheels of the Gods apparently not only grind slowly, but they grind along unexpected and wholly astonishing courses."

I n the early 1960s, images of the young President Kennedy, the first lady and their children frolicking in the ocean air at their compound in Hyannis Port were everywhere. The tableau was the perfect embodiment of those early, golden years of Camelot, and the scene inspired local Cape Cod artists. The artists Ralph and Mary Cahoon, in particular, enjoyed a popularity surge – helped in no small part by Jackie Kennedy and her sister-in-law Jean, who both frequented the Cahoon's studio. In 1961, Ralph Cahoon made the Kennedys the implied subject of the present work, entitled Summer Visitors at Hyannisport. In April 1962, the Boston Globe purchased this painting directly from the artist.