N ine powerful works that tackle the stigma around men’s mental health have been created by some of the world’s leading street artists, and are being displayed alongside a new moving mural created by Dean Stockton – better known as D*Face – who spearheaded the project.
The works, due to be sold by Sotheby’s as Lots 76-83 in the Contemporary Curated sale on the 20th November, are part of a joint effort by Sotheby’s and the men’s health charity the Movember Foundation to open up the conversation about men’s mental health and suicide prevention, and also raise funds, as proceeds from the sale will support the charity’s dedicated mental health programmes.

D*Face, who has already contributed a work titled Console the Lonely to the sale, has added an extra mural to the gallery space, as this time-lapse video made by Ron Timehin shows. Mental health is an issue close to the artist's heart and he has admitted that he has suffered his own mental health difficulties in the past: “It’s no secret that many artists across history, including myself, have battled with issues of isolation and loneliness. What street art brings to the table, for both artist and viewer alike, is a catalyst for conversation, a common point of reference for casual discussion and precisely what men struggling with their mental health are in need of.”

He also believes that his chosen medium – street art – is a good tool to discuss these kinds of taboo issues because it breaks free from the confinements of a traditional gallery space and opens up art to more varied audiences.

Speaking about the strikingly poignant Console the Lonely, D*Face explains that he hopes it “deals with the subject matter head on, in the hope that it will inspire more similarly direct exchanges between male friends regarding their mental wellbeing. So much can be achieved in such a few words, someone just needs to start the conversation.”

As well as D*Face, other high-profile artists that have contributed to the sale include the creator of OBEY Shepard Fairey and street-artist turned artworld-prodigy Jonathan Yeo. 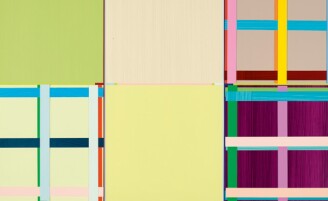