AMONG THE WORKS TO BE OFFERED IS JODI GERBI'S PAINTING THE OLDEST, 2017.

Current and former students along with such artists as Ryan McGinness, Philip Pearlstein and Spencer Tunick are contributing nudes, but the auction also offers works with other subjects and in varied styles, which all reflect the academy’s dedication to rigorous formal training. “We want to show a range of our artists’ points of view,” says Kratz, noting the inclusion of text-driven works and neon sculpture alongside figurative paintings and drawings. While the graduate programme is grounded in tradition, “we look for artists whose work is very much part of the current dialogue,” says Kratz.

AMONG THE WORKS TO BE OFFERED IS RYAN MCGINNESS'S PRINT, WOMEN: SUN STAINED SYMBOLS, 40, 2012.

For Amy Cappellazzo, head of Sotheby’s Fine Art Division and this year’s event chairperson, “the essential foundations of art-making that the academy teaches have never been more urgent. Sotheby’s has long supported the academy and its vital work,” she says. “We are more excited than ever to collaborate.” For the academy, the gala is “an opportunity to show our best work at one of the most prestigious venues in the world,” says Kratz. “And it’s high-energy fun – what could be better?”

Click here for a Sneak Peak of Highlights from the Take Home A Nude Auction. 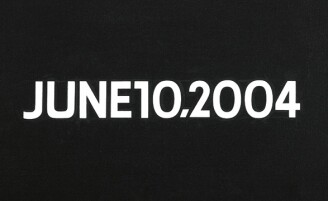