"T he hawk had filled the house with wildness as a bowl of lilies fills a house with scent,” writes Helen Macdonald in her bestselling memoir H is for Hawk. That combination of wildness and allure shapes Traité de Fauconneri, the 19th-century book of lithographs by Joseph Wolf which is to be sold at Sotheby’s London. It has been described as the “finest work on falconry which has ever been produced”.

Originally published in three parts, produced over nine years, this exceptionally rare volume collects Wolf’s life-size pictures of falcons, reproduced together with plates on heron hawking and the paraphernalia of falconry: hoods, bells and leather jesses (thin tethering straps). It is a book full of danger and elegance.

“It’s the Audubon of falconry,” declares Richard Fattorini, Sotheby’s senior books specialist. “And falconry is the pursuit of kings and sheikhs.” The point about pedigree is illustrated by another lot in the sale: a photograph of Shaykh Zayid bin Sultan with a saker falcon, taken by the explorer Wilfred Thesiger in 1950. It’s unclear which looks more regal, man or bird.

Joseph Wolf was born in 1820, the son of a Prussian farmer (who nicknamed his son “birdfool”). Joseph’s twin passions for the natural world and painting – he is believed to have made brushes from the fur of stone martens – led eventually to printmaking assignments for German ornithologists Eduard Rüppell and Hermann Schlegel (who, with Abraham Hendrik Verster van Wulverhorst, published Traité de Fauconner). Before he had turned 30, Wolf was working at the British Museum, London, on commissions for clients such as Charles Darwin, David Livingstone and the Duke of Argyll.

Birds of prey hover over the world of literature. A Wolf lithograph features in Helen Macdonald’s earlier study Falcons. And before Macdonald there was TH White, the 20th century English novelist and amateur falconer. “They talk every night, deep into the darkness… about their lineage and the great deeds of their ancestors,” he wrote about goshawks.

Such drama and reverie swoops through Wolf’s work. The glacial eyes of an Icelandic hawk pierce the page; the talons of a gyrfalcon grip its prey; a white Greenlander falcon looks like a superhero in its colourful plumed hood. Perhaps the final word should come from the most famous literary hawk of them all: The Maltese Falcon. In Dashiel Hammett’s noir classic, private eye Sam Spade describes these raptors as “the stuff that dreams are made of.” 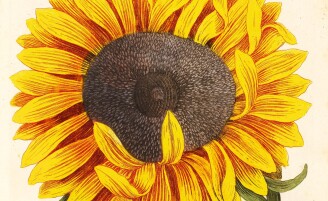