More than 180 works were sold on 22 May in Sotheby’s New York Sales of European Art and Master Paintings, totaling $23.4 million. The European Art auction was led by six paintings by William Bouguereau, which together achieved $4.6 Million. A 15th-century triptych by Sano di Pietro sold for $1.6 million in the Master Paintings sale, which marked a record for the artist. Below, discover the works that soared.

The leading Bouguereau was La bourrique (The Pony-back Ride), which sold for $1.8 million. The artist’s dazzling set of decorative panels, titled Les quatre saisons, was another highlight by the artist. Passed down through generations of the same family for more than 150 years, the work doubled its low estimate after being chased by bidders on three continents. There was also intense competition for masterpieces with storied American provenance, including Émile Renouf’s The Helping Hand and Frederick Arthur Bridgman’s The Procession of the Bull Apis, which formerly hung together at the Corcoran Gallery in Washington, D.C.

Sotheby’s Master Paintings sale saw strong results for works from institutions including The San Diego Museum of Art, The Berkshire Museum and The Metropolitan Museum of Art. Leading the afternoon was a rare, intact, portable triptych by Sienese artist Sano di Pietro, which sold for more than 4.5 times its high estimate. Marking a new world auction record for the artist, the work was sold to benefit The Met’s European Paintings Acquisitions Fund.

Adriaen Isenbrant’s 16th-century panel, The Flight Into Egypt, was among the sale’s top prices, fetching $759,000 to benefit the Berkshire Museum. Rendered from a bird's-eye perspective with close attention to detail, the work is remarkable example of Netherlandish landscape painting. There was also tremendous interest and competition for works that had been tucked away in private collections, including the Jack and Eileen Feather Collection as well as the group of 24 Baroque still lifes in the manner of Caravaggio, which were 100% sold.

Wondering how much your painting or heirloom might yield at a Sotheby’s auction? Click here to request an estimate. 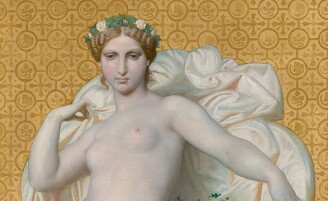 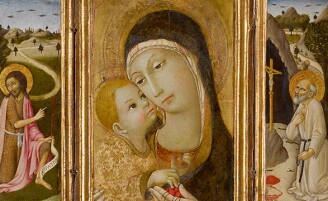