NEW YORK – A much-anticipated highlight of the Finest and Rarest Wines auction on 25 February is an extraordinary collection of historic Brunello di Montalcino Riservas, spanning three decades – the 1950s, 60s, and 70s – from the Family Collection of Tuscany’s iconic Biondi-Santi estate. Since their first vintage in the second half of the 19th century, the Biondi Santi family has both defined and safeguarded the region’s noble traditions, which were passed down from generation to generation.

Most collectors will agree that the monuments to Biondi-Santi’s greatness are the estate’s Brunello Riservas of the 1950s, 60s, and 70s – those made by Tancredi Biondi Santi and then, starting in 1970, by his son, the legendary Franco Biondi Santi, who managed the estate for over four decades until his passing in 2013. These flagship Riservas were made only in the top years, from the estate’s oldest vines, and received additional ageing in barrels before bottling. These are wines that both demand and reward long ageing, so this selection offers collectors an extraordinary opportunity to acquire historic ready-to-drink wines that are towering examples of Biondi-Santi’s rich legacy.

CERTIFICATION
Each of these wines on offer was recorked in Biondi-Santi’s hallowed cellars and certified by the late, great Franco Biondi Santi, whose first vintage – the famous 1970 – will be offered in the auction.

THE WINES IN THIS CONSIGNMENT
The Biondi-Santi Riservas in the 25 February sale (Lots 630–704) were directly acquired from the estate’s Family Collection and were stored, by the consignor, at Octavian Vaults in the west of England. Just prior to inspection, all bottles were shipped under ideal conditions to the Sotheby’s U.S. warehouse. 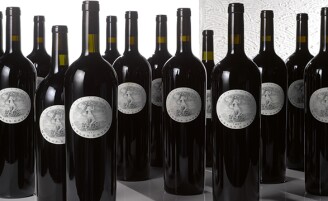