I n the year 1869, the critic Élie Roy wrote: “[If] our industrial and artistic creations may perish, our customs and costumes may fall into oblivion, a painting by Mr Tissot will be enough for archaeologists of the future to reconstruct our era.” Such praise is a reminder of how French artist James Tissot, whose name today rings softer than those of his friends Édouard Manet and Edgar Degas, rose to stardom with his incisive observations of 19th-century society. Now there is an opportunity to consider his work afresh, as an exhibition at San Francisco’s Legion of Honour reveals an artist both resolutely of his time and consistently ahead of it. 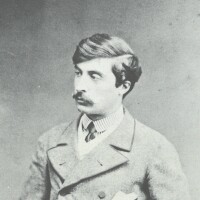 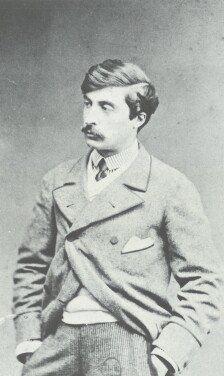 Tissot: Fashion & Faith, devised in collaboration with the Musée d’Orsay in Paris, will bring together 60 paintings by Tissot – including some previously thought lost – as well as prints, drawings and cloisonné enamels. It traces his remarkable journey – from medievalist, to wildly successful society painter, to religious artist whose Bible illustrations, while little-known today, have resonated as far as modern cinema. “Tissot summarises what makes an interesting artist for a monographic retrospective,” says Melissa Buron, a co-curator of the show and director of the art division at the Fine Arts Museums of San Francisco. “He is technically gifted across media, has this fascinating life, and was so connected to a milieu of artists that we know very well today. And one of his enduring legacies is that he wasn’t just a maker of things that existed in his moment, but things that could influence creators today.”

Jacques Joseph Tissot, a name he later anglicised to James, was born in Nantes, France, to Marcel-Théodore Tissot, the owner of a drapery business, and Marie Durand, a milliner. These fashionable beginnings were with him from the moment he began his career in Paris, where he moved in 1855, painting historical scenes inspired closely by the Belgian artist Henri Leys. These works, which included a series based on Wolfgang von Goethe’s play Faust, were criticised in his lifetime for being derivative. But Tissot’s expert understanding of costume design, as seen in Faust and Marguerite in the Garden, 1861, along with his interest in literature, history and storytelling, would help him carve out a path that was uniquely his own.

Tissot set himself apart in more ways than one: he also had an unusually acute grasp of the market. He consistently exhibited at the Paris Salon, and was “always conscious of what would be fashionable and what would sell”, Buron says. Early in his career, he quickly turned to making highly desirable society portraits such as Portrait of the Marquise de Miramon, 1866, and took commissions for caricatures from the editor of Vanity Fair in London. He was invited by the Impressionists to exhibit at their first exhibition in 1874, but didn’t accept – perhaps because he didn’t feel the need to. By 1875, he was earning nearly £5,000 per year – the same as the foreign secretary. Of Tissot’s success, Degas wrote: “Tissot, why the devil did you not send me a line? They tell me you are earning a lot of money. Do give me some figures.”

A large part of what drew buyers to Tissot’s work was what Buron describes as his ability to capture “nuances and reflections” in bourgeois life, a skill he honed in Paris but also, more rigorously, in London. Arriving in 1871 fresh from fighting in the Franco-Prussian War, Tissot mixed with higher society, welcoming guests to his mansion in St John’s Wood and befriending artists such as James McNeill Whistler and Edward Poynter. He made works that revelled in the eccentricities of the middle and upper classes, including Holyday, circa 1876, an intensely detailed picnic scene, and Too Early, 1873, in which he deftly observes the awkwardness of being the first guests to arrive at a party. “It’s so very relevant today with these social codes and cues,” Buron says of the latter work. “And because he’s a French artist looking at a different society and culture, he can make some of those observations in a way that an insider might not be able to get away with so easily.”

But, as the exhibition in San Francisco will reveal, these scenes of modern life only tell part of Tissot’s story. Crucial to understanding the other, defined by a turn to Spiritualism and religious painting, is the Château de Buillon in Doubs, France, where Tissot spent his final years. The estate, which Tissot’s father purchased in 1845, is sited on a former Cistercian abbey, and is home to many examples of the artist’s eccentric projects – from artificial ruins he constructed in the grounds, to Tudor-style gables he placed on several buildings, and gates he imprinted with his own initials. These features are carefully preserved by current owner Frédéric Mantion, as is a chapel built by Tissot’s mother (which houses both her grave and the artist’s), Tissot’s studio, and a private collection from which Buron and the Musée d’Orsay curators made many discoveries related to his later practice.

Among the most remarkable of these is a painted version of The Apparition, 1885, a work Tissot made after returning to Paris in the wake of the death of Kathleen Newton, his lover and muse in London. It is based on a vision he had of Newton during a seance, and depicts her figure, emanating light, standing beside a spirit guide. Also found on the estate was a late self-portrait on silk (dated 1898), a copy of Tissot’s sales notebook covering the years 1857–90, and rare photographs of the artist and his friends taken from various times in his life. “The photographs, for me, were perhaps the most exciting and unexpected discovery,” Buron says. “They really opened up a new perspective: at the end of his life he could have been in high society in basically any city that he wanted, but he chose to spend as much time as he possibly could at this estate.”

It is at Buillon that Tissot painted many of his biblical watercolours, which appear with The Apparition in the final gallery of Tissot: Fashion & Faith. These works, the largest group of which is a series titled The Life of Christ, were inspired by a religious experience Tissot had in the Church of Saint-Sulpice in 1885, and formed out of research trips he took to the Holy Land in the years that followed. Many merge Christian and Spiritualist imagery, as seen in Christ’s glowing stigmata in The Resurrection, circa 1886–94, and they proved so popular that they travelled as far as the United States, leaving many visitors in tears. “Rarely has any artistic exhibit created so profound an impression on the public,” one report said. “Women were seen to sink down on their knees as though impelled by a superior force, and literally crawl round the rooms in this position, as though in adoration.”

Despite the international excitement caused by these late religious works, they have been widely dismissed in recent decades, including by a leading scholar on the artist, Michael Wentworth. But for Buron, they hold the key to understanding Tissot’s enduring importance, especially to modern-day filmmakers. “If you’ve seen Indiana Jones and the Raiders of the Lost Ark, you have already seen a painting by Tissot,” she says. “Because the Ark that Indiana Jones discovers is a quotation of an illustration from the Old Testament series that Tissot makes.” These kinds of connections, of which there are many, suggest that Tissot may not only help us to reconstruct his era, but also those long before it – and even our own.