PARIS - This December Sotheby's Paris will offer a fantastic selection of Impressionist, Modern and Contemporary art across three sales.

Our Contemporaray Art auction on 6 and 7 December builds on the success of our evening sale in June, in which masterpieces from French artists such Jean Dubuffet, Yves Klein, Jean Tinguely or Pierre Soulages achieved exceptional prices. This auction presents a selection of highly iconic and historic artworks, including two rare monumental oils painted by Pierre Soulages in 1958, and a prodigious red Mariale realized by Simon Hantaï in 1960.

On 7 December we will be offereing an exceptional ensemble of artworks, patiently assembled by a family of Italian connoisseurs. Alongside classic masters of the 20th century such as Georges Braque, René Magritte, and Marc Chagall, the collection also highlights great Italian artists of the 20th Century, such as Gino Severini, Giorgio Morandi and Giorgio de Chirico.

Sotheby’s Impressionist & Modern Art Sale on 7 December features a broad array of paintings, works on paper and sculptures by the leading artists of the late 19th and 20th centuries. Highlights include a rediscovered masterpiece by James Ensor, Squelette arrêtant masques. The auction also features fresh-to-the-market Surrealist works by Magritte, Dali, Masson, Brauner and Man Ray, as well works by the most important modern masters such as Picasso, Van Dongen and Chagall and a group of historic and very rare early works by Wifredo Lam. 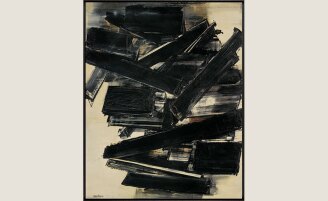 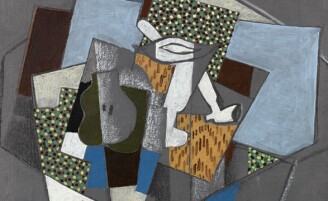 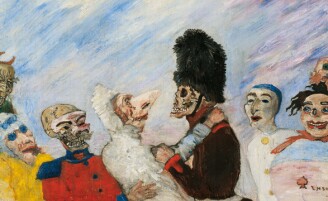