D uring his prolific career, Austrian-American filmmaker Josef von Sternberg worked with most of the major Hollywood studios, but he is perhaps best known for discovering and collaborating with screen siren Marlene Dietrich. The pair first worked together on the sensational The Blue Angel (Der blaue Engel, 1930), and would go on to complete six films for Paramount in the 1930s, including Morocco (1930), Dishonored (1931), Shanghai Express (1932), Blonde Venus (1932), The Scarlet Empress (1934), and The Devil is a Woman (1935). This December, Sotheby’s watches and books departments are offering several pieces once owned by von Sternberg, including gifts from Dietrich and Vivien Leigh, as well as a gold medal in recognition of the tremendous success of Underworld – alternately described as the first gangster film and the first film noir. Ahead, discover more about each of these stylish lots. 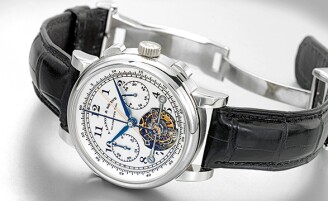 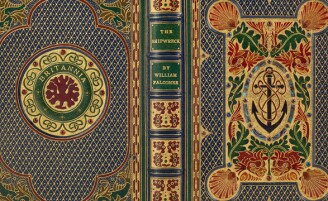 A groundbreaking silent crime film, Underworld was the first of Von Sternberg’s projects under the auspices of Paramount Pictures, and the enthusiastic reception of audiences catapulted him into overnight fame. In his autobiography, the director referred to Underworld as “an experiment in photographic violence and montage." Indeed, the film introduced a number of innovative strategies that would be employed in crime films for decades to come: exploding bank windows, squad cars speeding through dark city streets, and a diffusion of gunfire, smoke and neon.

The film's initial release was only slated for one theater, the Paramount Theater in New York, which was quickly forced to arrange all-night screenings to accommodate the crowds of movie-goers. Underworld would eventually gross $753,000 in the United States alone. In recognition of this success, Paramount gave von Sternberg a $10,000 bonus and this gold medal.

With its cleanly retained lines and attractive stepped sides, this watch is a true beauty to behold. It is rare to find a piece nearly a century old in such excellent condition, and often rectangular watches have suffered extensive polishing over the years. Our only evidence that it was worn is a charming and historic father-son image of director Josef von Sternberg wearing the watch with his baby son Nicholas on his shoulders, on location in Kyoto filming Anatahan in 1953.

This handsome cigarette case was given to Josef von Sternberg by actress Vivien Leigh. Its gold plated interior is engraved with Leigh’s facsimile handwriting “With love Vivien.”

This is an exceptional example of a rare group of pieces produced by Vacheron Constantin during the 1930s. Following the registration of patent number 142508, it is thought that the firm created twelve ébauches for constant force, 30-day escapements. From that group, it is thought that only five fully cased desk timepieces, such as the present lot, were finished. This design served as the inspiration for Vacheron Constantin's Arca timepiece, launched as a unique piece in 2015. It was created in celebration of the firm's 260th jubilee that year and featured an identical movement. Combining exceptional Hollywood provenance, a stunning Art Deco aesthetic and an impressive technical movement, this timepiece is sure to captivate from an intellectual and visual perspective.

A letter opener and chain from Marlene Dietrich

Josef von Sternberg and Marlene Dietrich were one of Hollywood's most enduring cinematic partnerships. Together the pair "refined their shared fantasy of pleasure, beauty, and excess ... Dietrich’s coolly transgressive mystique was a perfect match for the provocative roles von Sternberg cast her in ... and the filmmaker captured her allure with chiaroscuro lighting and opulent design, conjuring fever-dream visions of exotic settings from Morocco to Shanghai" (Criterion). Offered together, these two gifts include a letter opener engraved “Marlene.” And a 14-karat gold chain spelling “Josef von Sternberg,” with a tag, also engraved with Marlene Dietrich’s signature.

This model, Ref. 96, the 'Calatrava,' was produced for over 40 years. Production began in 1932. It is perhaps the most recognizable of Patek Philippe's designs, the classic vintage watch of understated elegance. Examples with unusual features, such as the black dial on the present lot, are of particular interest to collectors as a variation on a classic theme.