By Samuel Valette
Vice Chairman Sam Valette selects a few of his favorite pieces available now for private sale. From Henri Matisse’s portrait of his beloved model Laurette to Van den Berghe’s remarkably rare still-life on copper – a work is on offer for every type of collector. Here, Valette shares four exceptional artworks across categories. 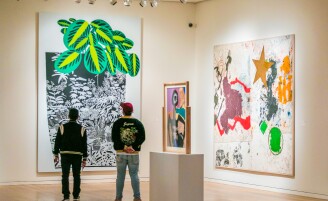 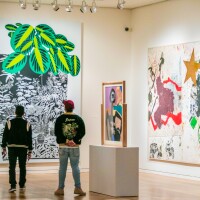 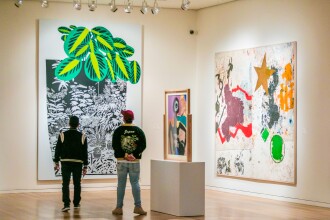 T his is a close-up portrait of an Italian model called Laurette who became the obsession of Matisse at the end of 1916 and for the whole of 1917. She had a formidable personality and a strong sense of dress and expression; the artist painted more than 25 portraits of her, many of which can now be admired in the Metropolitan Museum of Art, the Guggenheim Museum of Art, or the Centre Georges Pompidou in Paris. I like to think that it is in memory of Laurette that Matisse kept this portrait in his collection until his death.

Tulips, roses, narcissi, daffodils, crocuses, an iris, a poppy and other flowers in a gilt mounted porcelain vase on a ledge, with a queen of spain fritillary, a white ermine and a magpie butterfly, circa 17th century

H ow can a small work on copper, painted more than 400 years ago by an artist in Holland, reach us in such stunning condition? How can its colors be so strong and its impact untamed by the passage of time? It’s even more astonishing when one realizes that less than 10 still-lifes by Van den Berghe are known to exist. This is a wonderful reflection on the enigmatic persistence of things, from the tulips, the roses and the narcissi still in bloom after 400 years to the painting itself which reaches us miraculously intact – its power to amaze as strong as it was in 1616.

W hat does a 17th-century Dutch artist possibly have in common with the "King of California Cool"? Well, Ed Ruscha has always been interested in words and when asked by Fred Felhau where this obsession came from he explained: “When I began painting, all my paintings were of words…Those words were like flowers in a vase. I just happened to paint words the way someone else paints flowers” – fascinating to think of Ruscha carefully choosing one word over the other the way Van den Berghe was choosing one tulip over one rose.


I was drawn to the beautiful, simple form of this ancient object. Exquisitely carved in stone, this spoon served a very specific ritual function during the opening of the mouth ceremony, when the five senses of the mummy were brought back to life and she was once again able to eat. My specialist colleague, Giulia Cavagnis, explains this object takes on the double meaning of both being a functional utensil as well as an embodiment of food itself.