''I always say I'm an escape artist. Style is something I've always tried to avoid. I'm more interested in character. Character comes out of the work. Style is applied or imposed on it.''

Elaine de Kooning, as told to the critic Rose Slivka, when asked to characterize her style, and quoted by Grace Glueck in “Elaine de Kooning, Artist and Teacher, Dies at 68”, The New York Times¸ 2 February 1989, online

E laine de Kooning (née Fried) was a Brooklyn-born artist best known for her expressive and representational qualities and eccentric persona, though her stylistic approach to her work would change frequently over the course of her life in a constant exploration of theme, palette, and gesture. Often overshadowed during her lifetime by the work of her more famous husband, the Dutch-American painter Willem de Kooning, in recent years, as art historical scholarship and discourse has begun to recognize more and more the talent and input of many of underappreciated female artists like Elaine, her work has been more thoroughly revisited for her unique point of view and contribution to contemporary art.

Born in 1918, various friends noted she would often claim to have been born in 1920 to appear younger next to Willem, though he was already 14 years her senior. Her mother, Marie Ellen O’Brien, was known for her unconventional nature; in Elaine’s childhood, she would decorate their home with reproductions of famous paintings and would frequently take her and her siblings to museums across the city. In the 1920s, O’Brien was reported by a neighbor for the neglect of her four children, forcing her to spend a year in the Creedmoor Psychiatric Center. During this time, it is said that Elaine acted as a partial caregiver for her siblings.

After a brief time at Hunter College, she enrolled at the Leonardo Da Vinci Art School, where she befriended abstract and Social Realist painters that would inspire her to dabble in the subject, marking her first recorded artistic exploration into a specific theme. Among these friends were the artist Robert Jonas, who would later introduce her to Willem de Kooning and Milton Resnick, the latter with whom she would become romantically involved for a brief period.

In 1938 she met Willem at the age of 18 and was instantly a great admirer of his work. He offered to give her drawing lessons, and they would marry five years later. Though they maintained an open relationship throughout their lives, where each participated in various affairs and would even spend decades in a state of long-term separation, they remained married until Elaine’s passing in 1989.

During their early years of marriage the couple lived in stark poverty, and Elaine began utilizing portraiture as a mode of supplementing their income and would become one of her more recognizable bodies of work, the best known being her portrait of President John F. Kennedy in 1962. Among these are portraits of Merce Cunnningham and Fairfield Porter, as well as her Portrait of Aristodimos Kaldis, an artist known for his Carnegie Hall lectures on art, archeology and activism, and friend of the De Koonings.

In 1938, Josef Albers invited Willem to teach a summer session at Black Mountain College, so the couple traveled to North Carolina, where Elaine would make some formative friendships by taking classes with Albers and Buckminister Fuller, as well as be introduced to Merce Cunningham, John Cage and Robert Rauschenberg.

By this time she had become a regular figure in the New York art scene, causing Thomas Hess, with whom Elaine would have a brief affair, to appoint her as an Editorial Associate at ARTNews. From this work she became known for her talents as a writer and critic, helping to give rise to the mostly abstraction-focused artist friends and contemporaries she admired, and would spend much time reviewing their work through what were often elongated and elaborate studio visits. Among these she championed were Arshile Gorky, Hans Hofmann, Franz Kline, Marth Rothko, Josef Albers, and David Smith, among many others.

In 1952, she held her first solo show at the Stable Gallery in New York, and during this decade she would explore various themes in a deeply gestural style. From a faraway view images in a passing newsstand, she was captivated by their composition which turned out to be shots from a recent basketball game. She realized that the energy of the sport would make an excellent theme for her explorations in expressive painting and would execute many paintings of basketball players based on Old Master compositions, such as El Greco’s The Vision of Saint John, whose figures reminded her of their silhouettes.

In 1958, Elaine had just separated from Willem after his lover, the artist Joan Ward, gave birth to his child, and took an offer to teach at the University of New Mexico. She was deeply impressed by the feeling of large skies and the particular colors of the southwest, something which would have a profound influence on her palette from then on. During this time her friend, the poet Margaret Randall, introduced her to bullfights in Ciudad Juárez, Mexico, which would result in one of her best-known series of paintings on the subject of bulls. She was fascinated by the movement in these bullfights and would aim to recreate this fervor and emotion through energetic or insinuating brush strokes.

Her time in New Mexico was only one example of the extensive work as an educator Elaine would take in various institutions and universities around the globe, including Yale, Carnegie-Mellon, the University of Pennsylvania, the Cooper Union, and the Parsons School of Fine Art in New York. In the 1970s she began to travel internationally, and while invited to teach in Paris for the summer session of the New York Art School, in the Jardin de Luxembourg she encountered the sculpture Le Triomphe de Silène (1885), depicting Silenus (the father of Dionysus) which she always thought was Bacchus (the Roman name for Dionysus), marking the beginning of another notable series that would comprise dozens of works dedicated to the topic. She was fascinated “an encounter with the churning, writhing movement1” by the play of shadow and light on the various facets on the sculpture, leading her to begin with multiple studies, and proceed to producing over 50 watercolors on the subject.

Her trips to Europe also led her to visit the caves at Lascaux in France and Altamira in Spain, which would become another main influence for her series on paleolithic art which she felt strongly akin to the spirit of contemporary art, by way of the layering figures and gestural execution.

In the 1970s, Elaine de Kooning moved to East Hampton by request of Willem when his health was in a state of rapid deterioration after longtime alcoholic abuse. Though they had spent decades apart, they maintained a friendship and a respect for each other’s work, and she became his caretaker and spokesperson after an onset of dementia and eventually Alzheimer’s would take hold of his life. During this time, however, Elaine maintained a freedom of spirit she always carried with her, and would continue to travel, teach, and paint through the end of her life, until she finally passed away due to lung cancer in in 1989.

Sotheby’s is honored to have the unique opportunity to honor Elaine de Kooning’s incredible life and talent by presenting From the Shadows: 8 Works by Elaine de Kooning from a Private Philadelphia Collection, comprising eight works by the artist that amass the journey of her artistic career by bringing together examples from many of her most notable series of work. 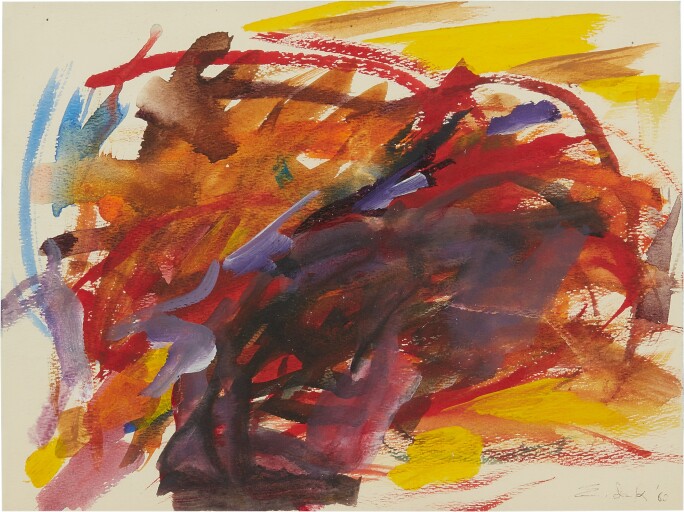 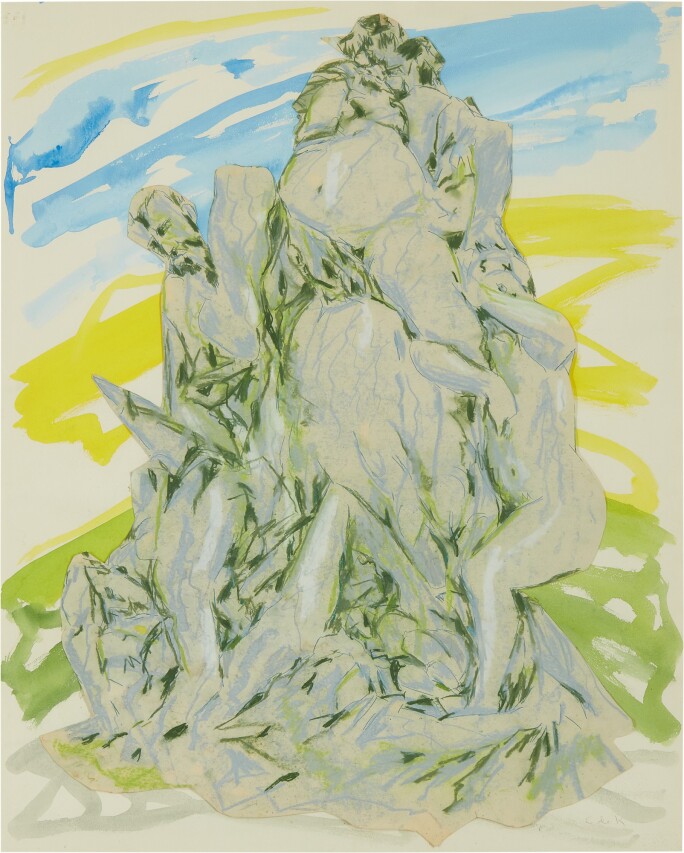 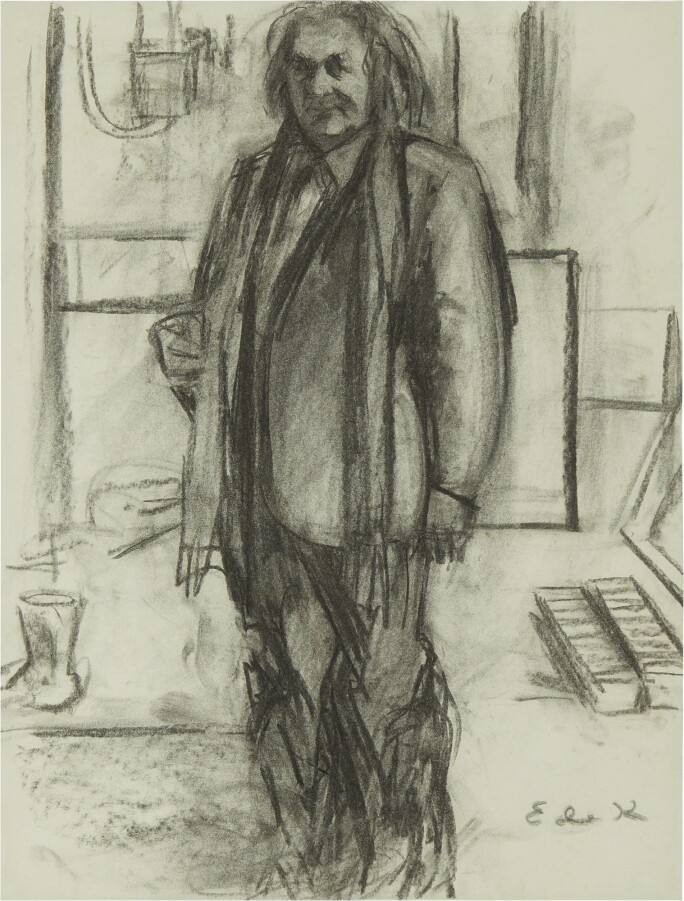 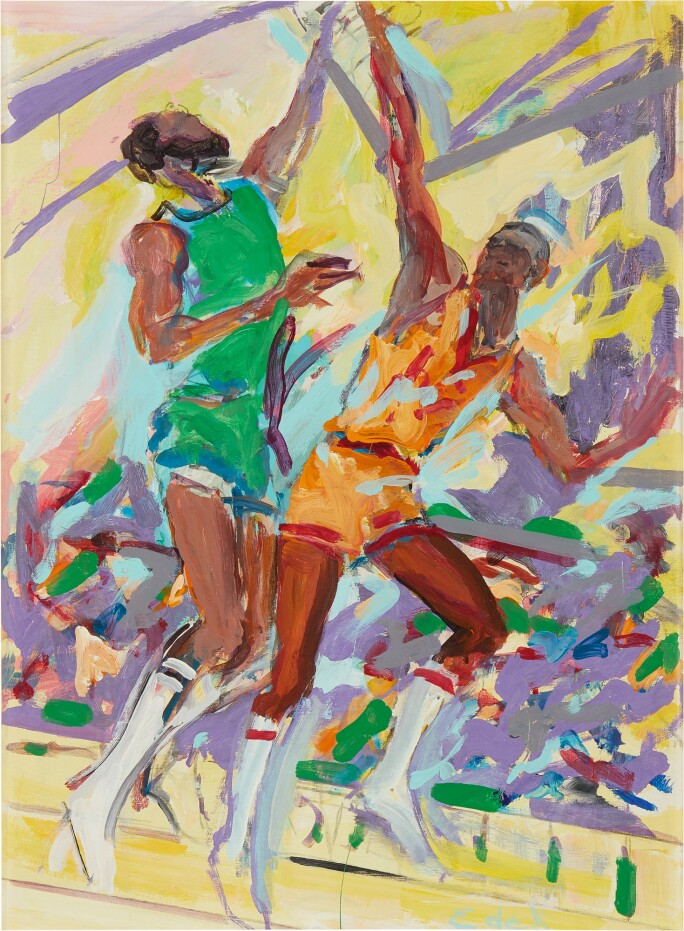 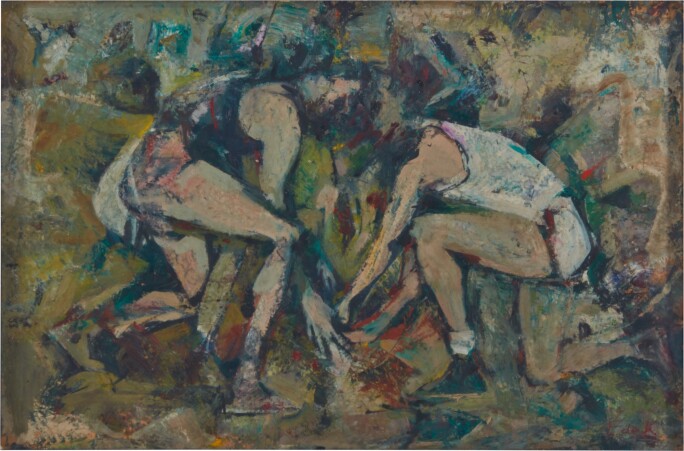 
1As told to the critic Rose Slivka, when asked to characterize her style, and quoted by Grace Glueck in “Elaine de Kooning, Artist and Teacher, Dies at 68”, The New York Times¸ 2 February 1989, online