Chronograph Watches and the Golden Age of Flight

C hronographs, watches that show the wearer elapsed time as well as current time, have always remained deeply rooted in the sky and with space. The first examples of chronograph watches were created by Louis Moinet in the early 19th century, and were produced to be used with astronomical equipment. It wasn’t until the early 20th century, however, that the chronograph wristwatch would make its debut.

First appearing with one pusher integrated with the crown, then the typical two pusher configuration, the appearance of a chronograph watch has now become unmistakable and highly sought after among watch enthusiasts. Of course it can’t be omitted that the most popular watches at the moment are vintage chronograph watches, and the Paul Newman dialled Rolex Daytona continue to set record prices, such as this model, which sold for 951,000 CHF at last year's Important Watches sale in Geneva. There is something about a chronograph’s sporty, militaristic and scientific aesthetic that echoes a golden age; a source of great inspiration to watchmakers and a source of great enthusiasm for collectors to this day. As such, it should come as no surprise that makers with a rich heritage in producing chronograph watches are drawing on this in their modern pieces - as the present selection demonstrates.

Given SIHH 2019 came to a close at the beginning of the year, IWC is a great place to start. With one of the most interesting booths at the show, it has rightly become renowned for its military watches and its modern pieces continue to play to these strengths, especially in its chronographs. The Edition Saint Exupéry in pink gold clearly echoes the proportions and dial design of the early pilot's watch. The 12 hour index is typically vintage and, while its design, the triangle flanked by dots, has in fact superseded its original purpose, it is still undeniably very pleasing to the eye. Interestingly this configuration, also highlighted, was originally used by pilots to discern the 12 hour index from any other in low light allowing for accurate timekeeping. Of course, the watch has been brought into the 21st Century somewhat, with the edition of an automatic movement and calendar functionality.

Breitling must be touched upon. It was Gaston Breitling after all, that produced the first monopusher and double pusher chronographs in the mid-1910s and early 20s. While other brands sometimes hog the Spaceflight limelight, the first Swiss watch to don a space-going astronaut’s wrist was a Breitling. The watch, a Navitimer, sported a 24hour dial, and the astronaut, Scott Carpenter, was one of the first men ever to orbit the Earth. The Navitimer is still produced and, as you might imagine, little has needed to be altered. Our forthcoming online sale will present two Navitimers and demonstrate the development of the timepiece remarkably. As seen above, lots 83 and 84 differ only slightly, sharing similar dials and scales, case, crowns and bezels, despite being circa 1960 and 2001 respectively.

Last but by no means least is Omega, arguably the manufacturer with the most illustrious history in building chronograph watches. The Speedmaster is known throughout the world for having been the first watch worn on the moon. With the initial reference 2915 produced in 1957, the model has a long and successful lineage from which to draw inspiration, and as such many iterations of the Speedmaster have been realised in many different shapes and sizes. Presented in our online sale we see three, among others, that show the very varying nature of this legendary series. The first, lot 11 is immediately recognisable, a quintessential Speedmaster, with its stainless steel case, black dial and techymetre bezel, all aspects that any admirer of the model will know and love. The second, lot 12, is a somewhat more dressed up version of the former and is forged of pink gold. The hands are reminiscent of the earliest references and the addition of the date complication makes this a very well rounded watch indeed. The last, lot 36, is somewhat of a curveball! The Speedmaster Spacemaster X-33 was released in 2012 doesn’t resemble a typical ‘Speedy’ in any sense. However it is an incredibly technical and very high end quartz watch with aerospace very much in mind, and, while modern, oozes Space Race charm. 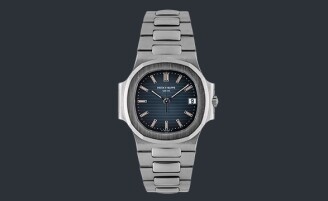