Driven By Excess: When Music, Musicians and Cars Collide

By Felix Archer, Car Specialist, RM Sotheby’s
From mid-century to the present day, the connection between music and cars has only gotten stronger.

A car is an extension of its owner’s personality, and as a result, the purchases made have not always remained in the form they left the factory in. From Janis Joplin’s psychedelic 356 C Cabriolet to Keith Moon’s Ferrari Dino GTS, these machines tell fascinating stories about their owners. But how do these relationships begin? In the mid-1960s, touring reached a new level of mania: rioting and screaming music fans, and police escorts, everywhere. It was carnage, and certain artists achieved a god-like status. It became a game of “how much can we get away with?” If you are playing to 10,000 people a night and flying on private jets, with the world watching you 24/7, what’s your next move? If you are Mick Jagger, buy an Aston Martin DB6 and almost immediately collide with a food truck in Central London. Leaving the list of rock star car crashes aside, the very best star cars have produced some earth-shattering results. We have chosen our favorite artist cars on the following pages.

Like many rock-and-rollers throughout history, Rod Stewart is also a petrol head. He is most partial to Lamborghini and has been one of the company’s best customers for decades. Stewart has ordered and owned an example of virtually every new model, including all iterations of the landmark Miura, since early in his career. Coming to RM Sotheby’s London auction on 5 September, Stewart’s 1971 Lamborghini Miura P400 S by Bertone is certainly the finest right-hand-drive P400 S on the market, and among the best-restored, most correct Miuras available. 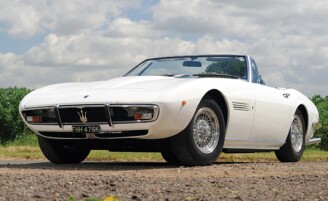 Despite Janis misleadingly singing about a Mercedes-Benz, she purchased this 356 C Cabriolet in 1968 and changed the conservative pearl white into a kaleidoscopic mural. Janis lovingly drove the car through California until her tragic death. Expecting a strong result, the record books were re-written, and this, one of the most important Porsches in the world, hammered down for $1.76 million at our 2015 Driven by Disruption sale in New York.

Officially titled a ‘Radford Mini De Ville GT,’ this technicolour Mini is one of four cars built by Harold Radford for each member of The Beatles. Delivered in Metallic Black, Harrison commissioned Simon Posthuma and Marijke Koger, known collectively as “The Fool,” to portray Harrison’s holistic view on life. Famously, the car is heavily featured in the Beatles movie Magical Mystery Tour.

Every cigarette you smoke takes 10 minutes from your life and gifts it to Keith Richards. The man, the myth, and the seemingly invincible Keith purchased this immaculate 400i manual directly from Ferrari in 1983. Richards owned the car until 2017, when it was auctioned at RM Sotheby’s Ferrari – Leggenda e Passione sale in Maranello held in celebration of the marque’s 70th anniversary. I had the honour of driving the car onto the block, sitting in the driver’s seat, and watching the hammer go down at a record-breaking £345,000.

In a period of alcohol and substance abuse, it would not be wise to purchase a Lamborghini Miura—unless you are Miles Davis, and you are intent on breaking both of your ankles in a crash. But did that stop him from driving? No, he went straight back out and bought another Miura.

Why do these cars break records? Well, the fact is, if you are not a Keith Richards fan, his 400i is worth market value to you. If you are a Keith Richards fan, and you had a chance to sit where Keith sat . . . it changes the rules. I am not a fan of football, which is why I auctioned off a signed Manchester City shirt I was once given . . . but it turned out that quite a few people do like Manchester City! 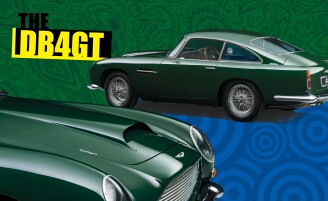