Beyond Bordeaux: Magnificent Wines from the Cellars of Park B. Smith

I nternationally recognised wine collector Park B. Smith is perhaps best known for his astonishing collection of wines from the Rhône, California and Bordeaux. However, Park approached acquiring wines from the world’s other classic wine regions just as thoughtfully, leading to a remarkable assortment of superb wines, in a variety of desirable formats, from Piedmont, Champagne and Spain. Read on for a preview of not-to-be-missed highlights from the sale.

Bruno Giacosa’s iconic “red label” Barolo and Barbaresco riserva bottlings, made only in top vintages, are among the greatest wines in the world. Red label magnums of the monumental Barbaresco Santo Stefano are increasingly rare and collectible, especially since the estate is no longer producing wine from this now famous site. In the historic 1990 vintage, Giacosa produced what is arguably his greatest example of this wine.

No wines are more coveted than those of Burgundy’s J.F. Coche-Dury’s, and among them, none more so than the Domaine’s iconic Corton Charlemagne, revered for its delicate texture and haunting perfume. Coche’s Corton-Charlemagne demands and rewards patience, so this is an extraordinary opportunity to acquire a three-bottle lot of this mythical wine from one of Burgundy’s greatest vintages, the 1990.

Vega Sicilia “Unico” is arguably Spain’s most iconic wine, and a true reflection of the Ribera del Duero’s unique terroir and winemaking heritage. Older vintages of Vega Sicilia “Unico” have become increasingly rare in the marketplace, as its stature has grown among serious collectors around the world. We are thrilled to offer the seductive 1982 “Unico,” which has the hallmark “Unico” minerality that collectors cherish, in rarely seen magnums.

If Dom Pérignon is the most famous Champagne in the world, the maison’s Rosé is one of the region’s most exclusive wines. The house’s Rosé is celebrated for its remarkable ageability, silky texture and poise, with added complexity and dimension from the addition of red wine from the noble villages of Aÿ and Bouzy. The 1985 Rosé is a mythical wine among cognoscenti, and collectors will delight in the opportunity here to acquire rare magnums.

The classically styled wines of Cantina Mascarello, one of Italy’s most revered wineries, are celebrated for their noble expression of Piedmont's greatest terroirs. These rare and highly desirable large format bottles of Barolo, from one of the top vintages of the 1960s, represent the greatness of traditional winemaking and the time-honoured method of blending fruit from historic vineyard sites. 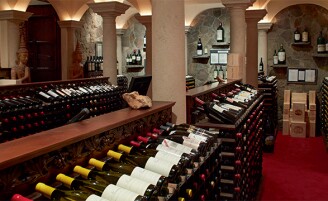