I n October/November 2017, Sotheby’s New York will present a major selling and loan exhibition to mark the 100th anniversary of De Stijl, the pioneering avant-garde movement founded by Piet Mondrian and Theo van Doesburg in Amsterdam in 1917. Entitled “Iconoplastic: 100 Years of De Stijl,” the exhibition will include important works by those two principle artists and their European peers such as Georges Vantongerloo, César Domela and Gerrit Rietveld. The exhibition will also trace Neo-Plasticism’s influence on artists working in the US such as Burgoyne Diller, Ilya Bolotowsky and Charmion Von Wiegand who pursued pure abstraction and geometric forms in the 1940s and 1950s. As a universal style, Neo-Plasticism applied to painting, sculpture, architecture and even music, and its tenants of balance and simplicity continue to inspire artists and designers today. 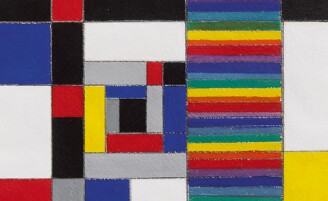