By Sotheby's
From 5-15 November, Sotheby’s Amsterdam will stage an exhibition that shines a light on Rembrandt’s extraordinary ability to capture likenesses and fleeting moments with the same kind of ‘snapshot-like’ immediacy of the modern-day photographer.

R embrandt: the 17th-Century Photographer celebrates the artist’s exceptional draughtsmanship and unparalleled virtuosity as a printmaker, as well as his photographic eye – qualities that came together to generate an inventive and distinctly modern body of printed work. It is this particular aspect of Rembrandt’s work that has long fascinated the collector to whom this exception group of etchings belongs, informing many acquisitions over the years.

Discover Highlights from the Exhibition 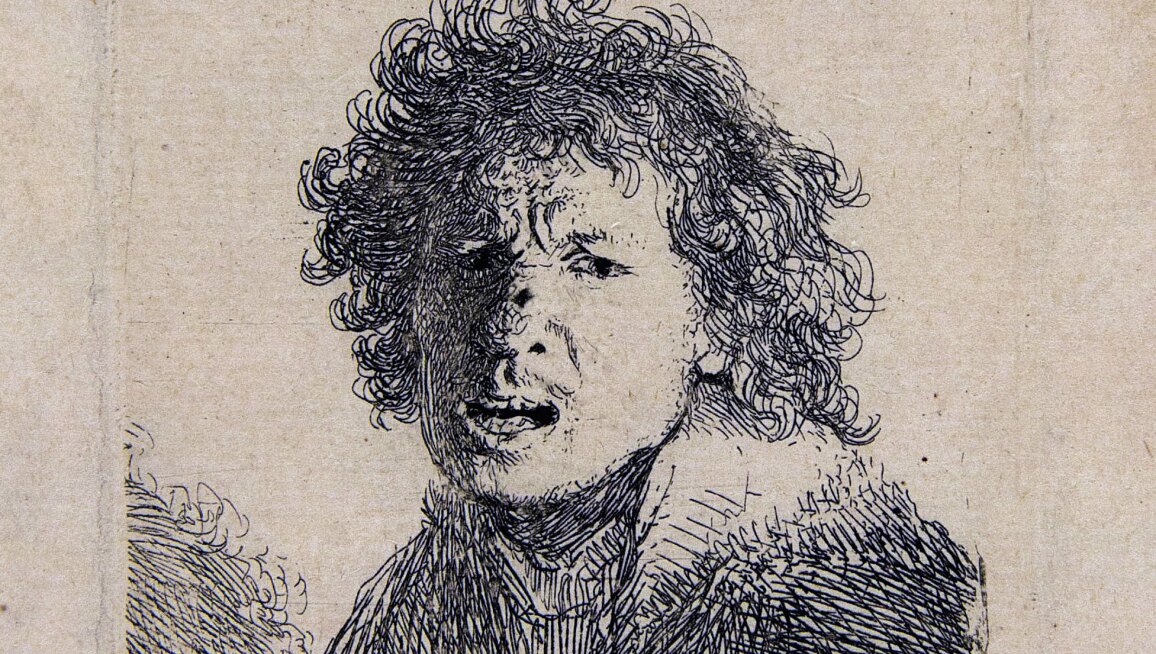 A special interactive app designed by the collector will allow visitors to take a closer look at the etchings and to study the complexity of the techniques used by Rembrandt, as a ‘scan’ of each etching will reveal additional information about the context of the work, a short expository video, and high-resolution images focussing down to the smallest details.

In addition to shining a light on Rembrandt’s extraordinary achievements, the exhibition is also a testimony to the unique vision of a passionate and learned collector. Over time, the owner became drawn to a lesser-explored facet of Rembrandt’s production: his ability to capture, with an etching needle, fleeting moments in time in much the same way as a photographer would.

“Putting together this extraordinary collection has been a labour of love for the person behind it. When you look at these works, you feel you right there, caught up in the moment alongside the ‘photographer of his time’ in the way he captured scenes and situations as a photographer might do today. It is hugely exciting for us to be able to showcase Rembrandt’s etchings in a way that is both serious and fun. Of course, this is an artist whom we hold dear to our hearts, who in his humanity is as important to the visual world as Shakespeare is to the written word.”

This singular approach provides a new way of looking at Rembrandt’s work: from his earliest prints, intimate and candid representations – indeed, antecedents to the 21st-century ‘selfie’ – such as Self-Portrait in a Cap: Laughing and Self-Portrait open-mouthed, as if shouting: Bust, to the landscapes executed at the height of his career, including Landscape with Three Gabled Cottages, which reveals Rembrandt’s unprecedented ability to capture atmospheric effects in monochromatic and linear form.

Rembrandt’s stirring religious imagery is also well represented by several important subjects, including Saint Francis beneath a Tree praying and The Blindness of Tobit, where the artist focuses on the usually transient points in biblical narratives, rather than their more familiar climaxes. 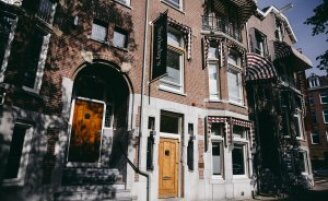 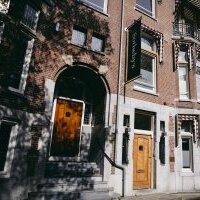 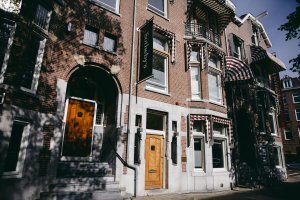 Comprising his most well-known and revered subjects, such as Saint Jerome beside a Pollard Willow and View of Amsterdam from the Kadjik, alongside extremely rare and unusual works, a maculature (a working impression, taken from the printing plate onto a clean sheet of paper, when there are still traces of ink left on it from a previous inking) of Jan Lutma, Goldsmith, for example, this exhibition provides a novel and multifaceted insight into Rembrandt’s graphic oeuvre. 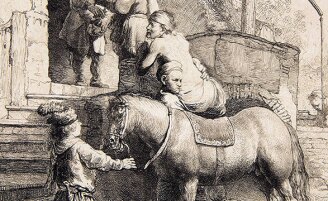