S otheby's is a proud sponsor of AKAA Also Known As Africa Art and design fair. Gearing up for its second edition, AKAA will return this fall to the Carreau du Temple in Paris from the 10 to 12 of November. Positioning itself as France's first and only art fair devoted to contemporary art and design from Africa, AKAA's first edition was a huge success — attracting over 15,000 guests — and director and founder, Victoria Mann, hopes that this year will be no different. She sat down with Sotheby's Adriana La Lime to discuss AKAA 2017, the decision to start the fair in Paris as well as her thoughts on the sustainability of the market for modern and contemporary African art in the French capital.

Adriana La Lime: Could you talk a bit about the early days of AKAA — the beginnings of the fair and the decision to do it in Paris?

Victoria Mann: I have always been passionate about art history and Africa, the two came very naturally to me during my studies both in the United States and France. My ambition at first was to open my own gallery in Paris dedicated to the contemporary art scene from Africa. Before I was to take on that project, I felt like I needed a stronger work experience in the contemporary art market so I started working with Pace Gallery, but was based in Paris. It’s at that time that I realized that what was truly missing from the Paris art scene, one of the world’s art capitals, was an international platform where both commercial and cultural professionals from all around the world could meet, dialog and do business around the African contemporary art market. A platform that would contribute to the development of this market worldwide. Paris seemed an obvious choice for such a fair because of its strong ties with the continent but also and foremost because of its quality as an international art capital. I am delighted to realize that my intuition was right: In only one edition, with 15,000 visitors over 3-and-a-half days, AKAA has now established itself as a major cultural and artistic rendezvous.

AL: In your opinion, what characterises the current market for modern and contemporary African art in Paris? What do you think is key for long term sustainability?

VM: Though this particular art scene did not appear yesterday, its market is emergent, especially in Paris. Its novel quality for the French public makes it attractive because it is a discovery process of artists still unknown. Furthermore, range of prices attract both established collectors and young collectors or first-time buyers. It is also the simultaneous development of this market elsewhere (South Africa, Nigeria, Ivory Coast, USA, Italy …) which makes it strong and favours stable growth. In terms of long term sustainability, I may be assured by the continued interest of institutions and public programs, the development of art critique and curatorial programs, and the certainty that Paris is a key city for the contemporary art market from Africa and beyond to meet every year, and AKAA is that opportunity.

AL: What would you say is the focus of this edition of AKAA for you as its founder and director?

VM: It's tricky to determine a specific focus for this edition as we have so many incredible artists and projects to present. The advantage of a smaller fair is that our visitors have the time to really take advantage of everything the fair has to offer from our 38 excellent galleries, to our special projects, to our talks program, to our new space and art café, AKAA Underground, to performances, book signings and much more. Without forgetting our audio guide, which is free and accessible from any smartphone and offers an audio curated tour of the fair narrated our Cultural Program Director, Salimata Diop.

AL: Both the 2016 and 2017 edition of AKAA seem to include a significant number of galleries that are based on the continent. Is this an intentional decision?

VM: It isn't intentional per say, but it comforts our idea that this art market is growing globally and that it benefits from strong exchanges between the countries these artists and their galleries are from and the rest of the world. I couldn’t have imagined a fair celebrating contemporary art from Africa without a strong presence of galleries from the continent, with all parts of it represented. Indeed, this year, we have galleries from 11 different African countries from east, west, north and south. 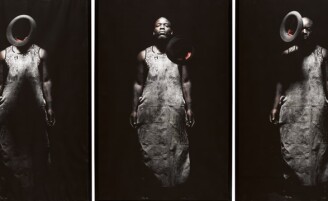