A quality watch is so often bought as a present for a special birthday or to mark an achievement, and Lot 109 in Sotheby's November Watches sale in Dubai has an especially interesting personal history. It is offered on behalf the family of the original owner, Ray Eade, who purchased this Rolex Daytona ref 6263 as a 25th birthday present to himself while serving in the army in 1975.

Eade, who successfully completed an engineering apprenticeship in east London before joining the army in August 1972, was a member of REME - the Royal Electrical and Mechanical Engineers - and served in both the UK and overseas. He was attached to the Army Air Corp for much of his time serving, and worked with helicopters. In February 1975, he was posted to Belize in Central America and bought this Rolex watch on 1st April, 1975. This was a particularly happy time in Eade's life; he was living and working in a tropical climate while fishing for barracuda in the Carribean at the weekends. Eade left the army with an "Exemplary" discharge in April 1978. He was always very proud of his time in the army and was particularly pleased to have such a fantastic watch as a memento of that time. The original guarantee accompanying the watch testifies how important his military career was to him as it bears, "British forces" next to his name.

The ref 6263 itself holds an intriguing place in the history of watchmaking, remaining one of the most sought after and well known models from the Daytona family. First put into production in 1969, the 6263 was the contemporary to the reference 6265, and replaced the first oyster chronograph ref 6240. The 6263 was now offered with the superior caliber 727 with waterproof screw down pushers, and hence bears “Oyster” on the dial.

Another important detail to note on this particular watch is the sigma dial, denoted by the Greek letters at 6. The introduction of these was at a time when the production of quartz movements was becoming increasingly concerning to watch brands. Consequently, several manufacturers worked together to form l’Association pour la Promotion Industrielle de l’Or. These manufacturers fought hard to promote the importance of gold parts alongside watchmaking techniques and to therefore flag a standard of superior quality. Sadly, at the time, it didn’t really have the desired impact on the market, but it did produce an interesting subtle collectible variant of this reference. 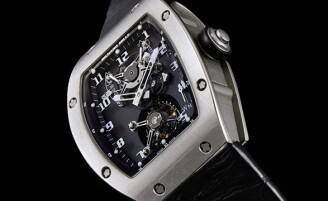