A Picnic in the Park: French Wine Captivates in August

W hen I was a child growing up in the southeast of England, hopping across the English Channel for a summer vacation – or even just for lunch – was as easy as a day out in London. For Brits starved of good food and wine, France was irresistibly close. No wonder, then, that French wine simply was wine to people like my parents, and subsequently to me. Other styles and countries barely registered. It was Sancerre with fish, claret (Bordeaux) with beef and the occasional Burgundy for some sort of special (but always unspecified) occasion.

Decades later, I admire the simple wisdom of this approach. Every week I drink wine from around the world, but more often than not, I find myself returning to the French aisle of the wine store. And I know I’m not alone. What accounts for France’s perpetual vinous allure?

As we discovered on our long car rides to the south of France for our annual vacations, France is a huge country. And almost every part of it can grow grapes appropriate for wine production. In the chilly north, acidic grapes are perfect for champagne or chiseled Chablis. The Loire Valley, windswept by the Atlantic, seems to respond in kind with its deliciously salty whites. Burgundy – perched right on the edge of where red grapes will ripen at all – produces light, ethereal reds and poised whites. Further south in the Rhone Valley you begin to feel the warmth, as you move from the land of butter to that of olive oil. And on the other side of the country, Bordeaux’s proximity to the baking Iberian Peninsula is offset by the freshening Atlantic, giving wines both of ripeness and freshness.

In each region, France showcases grape varieties adapted over centuries to the particularities of their site. And these are not just any varieties, but instead the great varieties of the world: Cabernet Sauvignon, Merlot, Syrah, Grenache and Pinot Noir in red – Chardonnay, Sauvignon Blanc, Pinot Gris and Chenin Blanc in white. And one of the virtues of these great French varieties is their adaptability. Chardonnay makes both Dom Perignon and Montrachet. Sauvignon Blanc produces Sancerre and Château d’Yquem. Grenache makes Châteauneuf du Pape and the great fortified reds of Roussillon.

But somehow, a laundry list of climates, varieties and wine styles can’t fully capture what sets French wine apart. After a few glasses of wine, I sometimes think about one of the great ancient wine drinkers - Plato. In his work, men sit around, discuss philosophy and drink wine (usually to excess). Plato thought that through philosophy we can know, for example, what a table ought to look like because we learn to see the perfect ‘form’ of a table, which exists only in heaven. Philosophy opens our minds to the eternal truths.

Three millennia later, when I’m drinking a majestic, aged Bordeaux or a gamey, silky Burgundy, I think to myself, this is just what wine ought to be. Great French wine is a kind of platonic ideal of wine – wine that you could give to a Martian and they would instinctively recognize its inherent balance and beauty. Wonderful wines are produced around the world, but for me, to come back to France is to come back home. Burgundy and Bordeaux, Loire and Rhone, Champagne and Alsace – France always has been, and remains, the great playground of fine wine. 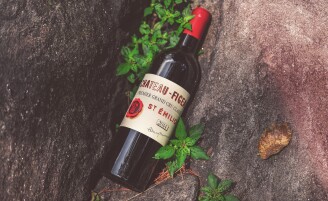