NEW YORK – Domaine de la Romanée-Conti ­– the most hallowed name in Burgundian wine, and quite possibly the entire vinous world; a name that is implicitly regal, indisputably coveted and effortlessly content in its position of unimpeachable noblesse. DRC. Its acronym alone suffices to command the attention of everyone who aspires to enter the realm of wine Valhalla.

One could fill a book with praise to stoke the inferno of DRC’s exaltedness (many actually have), but this would be well-travelled ground. Further, a retelling of DRC’s rich heritage and that of its crown jewel, its eponymous vineyard, Romanée-Conti – from original monastic ownership to noble hands of the Bourbon Prince of Conti, through Revolutionary dissolution, the consolidation and expansion by the Duvault-Blochet family and its current company principals, the de Villaine and Leroy/Roch families – does not fully tell the story of why it reigns supreme.

We are justifiably thrilled to include in our upcoming 19 November sale Champagne Bollinger, Direct from the Cellars & Finest Wines an impressive and sumptuous array of DRC lots. With cherished items like a full 12 bottle assortment from the outstanding year of 1999, numerous full original wooden cases of benchmark vintages, impressive caches of the sought-after Montrachet and Romanée-Conti and treasures like full cases of the rarely seen 1965 vintage, the sale finds a delightful surfeit of DRC riches. For the seasoned veteran to one looking to begin a collection of this iconic nectar, opportunity abounds! And so, with a domaine that consistently achieves the upper echelon of demand, price and acclaim from the well-versed to the uninitiated, let us remind ourselves of some staggering factors that contribute to the well-deserved mythos that is Domaine de la Romanée-Conti.

1. As many know, DRC produces wine exclusively from grand cru vineyard holdings spread across notable vineyards as Le Montrachet (its only commercially-released white, as private bottling of Bâtard-Montrachet is only consumed at the domaine with friends), recently acquired parcels of Corton and the distinctive line-up of Échezeaux, Grands-Échezeaux, Romanée-St.-Vivant, Richebourg and its wholly-owned monopoles, La Tâche and Romanée-Conti. No other Burgundian domaine can claim to only produce wine from grand cru sites.

2. Aside from the stunning monopoles that are fully owned vineyards, DRC is also the largest landowner in each of the red-wine vineyards from which it produces grand cru Red Burgundy. This typically means that in great, but less-exalted vineyards such as Échezeaux, their prime holdings mean a wine of quality outweighing its neighbours.

3. Burgundy is the land of scarcity – many know that it produces a fraction of the output of other regions like Bordeaux. And DRC is no exception, producing an average of 6,000–8,000 cases across all its crus each year. They could certainly produce more given certain holdings, but their philosophy is high-density planting of old-vines, and keeping yields tantalizingly low so as to produce fruit with unparalleled concentration.

4. Tradition and lineage extend to many parts of domaine, including those in charge of the cellar – the current chef de cave, André Noblet, has been with DRC since 1985, taking over from his father Bernard, who spent 45 years in the cellars.

5. Perhaps most important to their mystique is DRC’s innate ability to represent the notion of what Burgundy fundamentally is – an ethereal sum of many distinct parts plus an indefinable je ne sais quoi that lifts it beyond a mere equation. DRC’s wines express their site, their pedigree, their nuance and character with such precision and consistency that they are often used as a benchmark example for the concept of terroir. 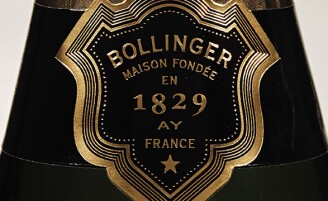