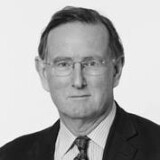 Following graduation from Exeter University with a degree in Medieval Studies, William spent a three-year short commission in the British Army with the Queen’s Royal Irish Hussars. He then travelled extensively in the Near and Middle East before voluntarily assisting the Art Fund. William joined Sotheby’s in 1986.

Since his arrival at Sotheby’s, William has organised inventories and valuations for many of the finest private collections in the world, pioneering methods of producing valuations to suit clients’ individual needs. This work has been of great long-term help to clients but in certain cases has been the basis of major sales, such as that of the Thurn & Taxis Collection in October 1993, the Baden Baden Collection in October 1995, the Hannover sale, the Groussay sale as well as many others in the UK. In 1998, William became Head of the European Valuations Department, and in 2003 became Head of the South of England region.

Apart from regularly sourcing pictures and works of art from the region, William’s more extraordinary projects have included the sale of the American 18th Century Revolutionary Flags; the Baillie Stamp Collection; the Valmadonna Trust Library and the Pilkington Collection of Chinese Porcelain.